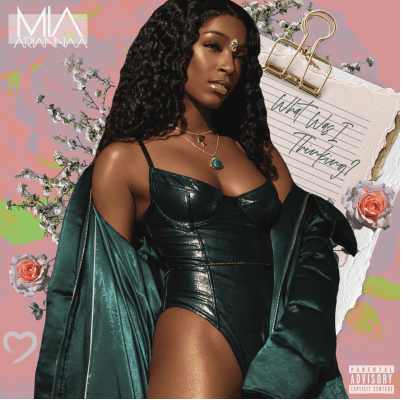 Blasting off blunt bars, singing with seductively soulful spirit, and shining like the jewel in her signature Bindi, Mia Ariannaa actualizes a vibrant, visceral, and vital vision of her own her debut EP for Division 1/Epic Records, I’m a good girl … do you believe me? Growing up Charlotte, NC, she sang in the church choir and belted out the “The Star-Spangled Banner” at middle school basketball games. After years of singing as a hobby, she participated in Monica’s “So Gone” Challenge on social media during 2016. Her video went viral, and she continued to post freestyles, building up a following of almost 50K on Instagram and generating hundreds of thousands of views. She personally financed her career, putting up the money for videos and release parties as she dropped originals “Make You,” “One Hun Done,” and “Nobody.” In the summer of 2019, two-time GRAMMY® Award-winning artist, songwriter, producer, and mogul stumbled on her Instagram. Blown away by her Roddy Ricch freestyle, he reached out. Mia hopped in the car, drove straight to Miami, and they met in person as she signed to Rico’s Division1. Now, she formally introduces herself with “What Was I Thinking.”