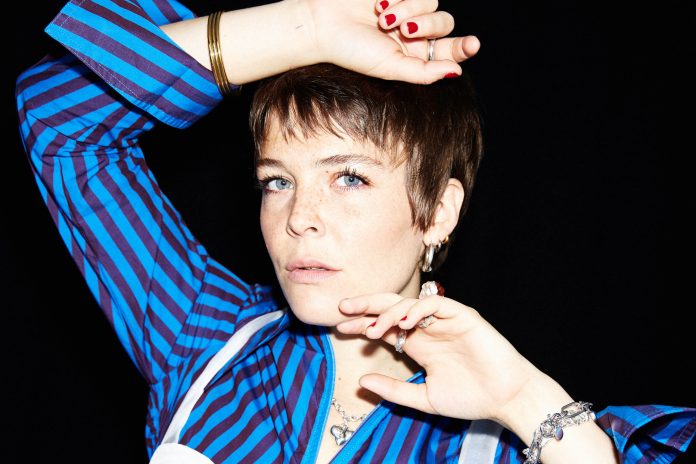 Indie singer-songwriter Maggie Rogers released her second studio album, “Surrender”, July 29. The Grammy-nominated artist’s follow-up to her debut album, “Heard It in a Past Life”, is an intense compilation fueled by the restlessness and pent-up emotions of the pandemic along with her newfound relationship to divinity.

“Surrender” hears Rogers growing stronger in the depth of her range, abandoning the breathier tone of her past for something with more of a concrete grasp. Rogers co-produced the album with Kid Harpoon (Harry Styles, Florence Welch).  In just twelve songs, Rogers manages to capture a fervent, awe-inspiring sort of joy and intense urgency as she works to claim her space.

You’ll find yourself singing the catchier “Want Want” in your head after a listen or two. “Horses” will lead you down a lusty path of longing. “I’ve Got a Friend” and “Be Cool” cling to friendships of the past and present. Perhaps the new-wave “Shatter” captures the strength of Rogers’ sound best. Florence Welch is on the tambourine and contributing backing vocals while Rogers sings lyrics like “I don’t really care if it nearly kills me / I’d give you the world if you asked me to / I could break a glass just to watch it shatter / I’d do anything just to feel with you.”

“I feel super religious, if music is a religion,” Rogers said in an interview with the New York Times. “When I’m in the crowd of fans or onstage, that’s when I felt the most connected to something greater than myself.” That connection runs so deep for Rogers that she enrolled in the Harvard Divinity School in a year-long masters program, graduating in May with a degree in religion and public life. While “Surrender” was partially written during the early days of the pandemic, it also happens to have been the title of her thesis.

Stream “Surrender” on all platforms now.

“Overdrive”
“That’s Where I Am”