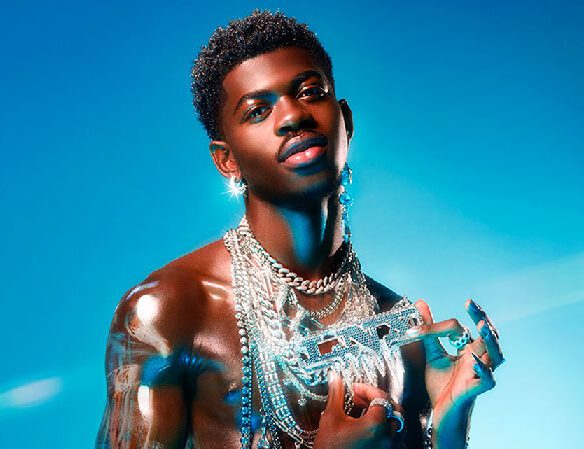 Lil Nas X, Photo by Charlotte RutherfordLil Nas X’s debut album Montero arrived on Friday, September 17th, with features from many well-known artists. Since dropping his hit song “Old Town Road” in December of 2018, Lil Nas X  has come a long way. In many of his songs he points out the struggles he faces in making a name for himself, along with letting the haters know he is more than just a “one-hit wonder” artist. The Montero Album is 42 minutes and 27 seconds long, consisting of 15 tracks. These 15 tracks include the singles, “Montero (Call Me By Your Name), “Sun Goes Down”, and “Industry Baby” featuring Jack Harlow.

Nas X had people talking about the promotions he used for this album. From the pregnancy photos, all the way to the drop of his “That’s What I Want” music video, that provides visuals to him giving birth to “Baby Montero.” Big names showed up on his album such as Doja Cat on track six “Scoop,” Elton John on track seven “One of Me” and track nine “Dolla Sign Slime” featuring Megan Thee Stallion.

Lil Nas X’s hit single “Industry Baby” touches upon people in the music industry and listeners saying he would only ever be a “one-hit wonder”. Immediately in the Intro, he says, “couple Grammys on him, couple plaques, ayy,” referring to the Grammys he has won for “Best Pop Duo/Group” and “Best Music Video.” When Nas says “couple plaques” he is referring to the platinum plaques he has for the “Old Town Road (Remix) featuring Billy Ray Cyrus, “Rodeo,” and “Panini.”

During the second track on the album, “Dead Right Now,” Nas X talks about his journey from dropping out of school to making a name for himself. In the first half of Verse 2, he says, “2018, I was at my sister house the whole summer (Yeah) songs wasn’t doin numbers (Yeah).” Nas is referring to when he first started writing songs and how they were not producing the numbers he had hoped for. He also refers to when he went to live with his sister because he did not want to return home after quitting school.

The familiar name “Cyrus” appears on this album, but it is not Billy Ray. Lil Nas X and Miley Cyrus collaborated on the fifteenth track of his album titled, “Am I Dreaming.” This final track ends off the album with lyrics reflecting the hardships the two artists have faced as young LGBTQ people in the music industry. “Am I Dreaming” is a slower, heartfelt song that sends out a powerful message to its listeners.