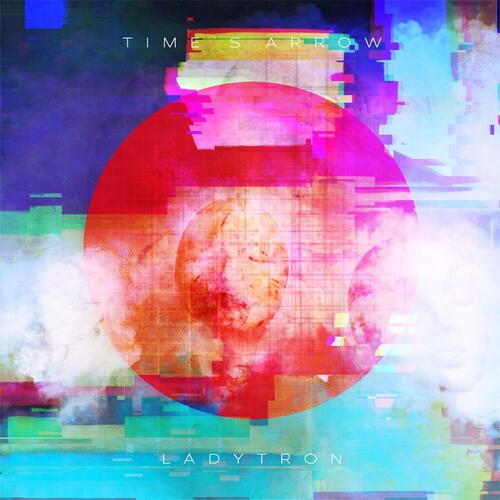 Today, Liverpool’s iconic synth quartet Ladytron release their highly anticipated seventh studio album, Time’s Arrow, on Cooking Vinyl. The release of the album follows the first three singles – “City of Angels,” “Misery Remember Me,” and “Faces” – two music videos, and the announcement of both US and UK tour dates this spring.

The Line of Best Fit writes: “Time’s Arrow sees a band revitalized, creating music with those rare qualities of nuance and complexity, flowing in a dreamlike state where, just maybe, darkness loses the battle against light.”

The focus track of Time’s Arrow upon its release is “Flight From Angkor,” written by Ladytron vocalist Mira Aroyo. “The song is trying to capture a surge of endorphins, moments of tenderness, that cut through the white noise of everyday life,” says Aroyo of her creative process.

“Flight From Angkor,” as with the album’s first three singles, embodies the themes of the album as a whole – beauty, disposability and fragility of the culture that surrounds us, and the exhilaration of freeing yourself from those structures. “We must embrace the now, but always allow ourselves to dream,” says Ladytron’s Helen Marnie on this delicate duality present throughout the album. This is never more evident than on the title – and closing – track “Time’s Arrow”, a meditation on the paradox that life must be lived forwards but can only be experienced in retrospect.  As explored in fiction by Isaac Asimov and Martin Amis, the arrow of time drags us along in its slipstream: “Time’s arrow glides through your heart,” Aroyo sings. The conceit of electronic music has always been that if perfection is achieved, time will somehow stop. Time’s arrow must be obeyed. “When that song came in,” says band member Daniel Hunt, “it was obviously the title track. It encapsulated everything else.” Aroyo adds that it’s “a song about the impossibility of living in the moment. It’s a lost art.”

Last year, Ladytron celebrated the 20th anniversary of their formative 2002 LP Light&Magic, this followed its lead single “Seventeen” viralizing on TikTok, breaking into top tens around the world, introducing a new disaffected generation to Ladytron’s music, and lodging itself in the collective memory.

“Time’s Arrow glides through your heart…” to remind us why we fell in love with Ladytron.

Following a string of UK dates in March spanning Glasgow, Liverpool, and London, Ladytron will take the stage in the US for a series of West Coast shows in support of Time’s Arrow including stops in Seattle, Portland, San Francisco, and in Los Angeles for a performance at the recently-announced Just Like Heaven Festival on May 13. Tickets for Ladytron’s shows are on sale now.

“Time’s Arrow sees a band revitalized, creating music with those rare qualities of nuance and complexity, flowing in a dreamlike state where, just maybe, darkness loses the battle against light.” – The Line of Best Fit, 8/10

“Ladytron’s arty balancing act on the first three singles from “Time’s Arrow” remains nonpareil. Their songs can feel distant yet close, immersive yet aloof, industrial yet gossamer, sensual yet cerebral — motorik marvels with twin sirens Marnie and Aroyo answering the question: What if the robots are angels?” – Buzzbands LA

“The group seem to be embracing a heady psychedelia that finds them delving deeper into unexplored territory—which by their measure is a domain of dreams.” – Treble