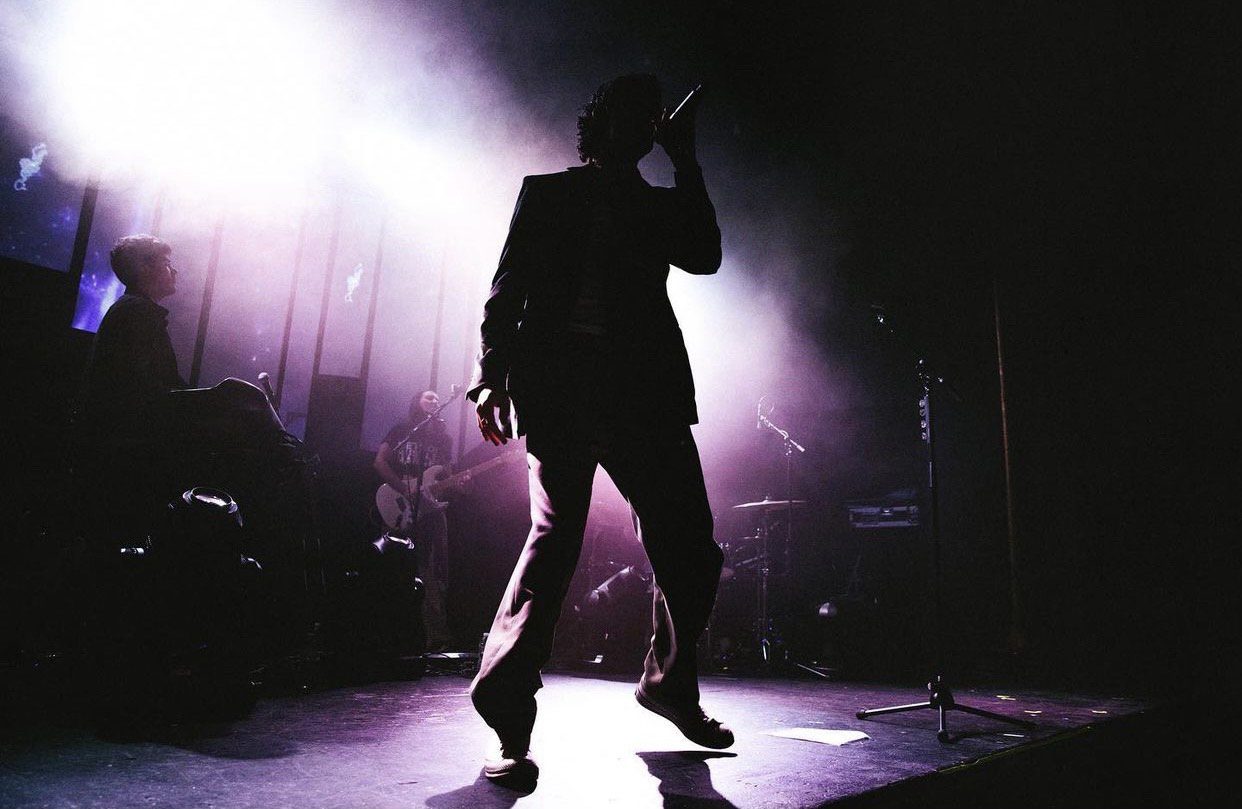 Jeremy Zucker played an electric sold out show at the Royale in Boston, Massachusetts on Tuesday night. This was a big difference compared to Jeremy’s first show in Boston in 2018. As people shuffled in you could see the excitement on their faces. There were two opening acts, Valley Boy and Babygirl.

Valley Boy is a duo band with vocalist James Alan Ghaleb and bassist Ian Meltzer. They took me by surprise with such a unique and beautiful voice. They put on a very chill show with slower songs. Although I was not familiar with a lot of their music it was still captivating. They held the attention of those in the audience and at one point even had people’s phone lights in the air. Not only was Ghalebs voice mesmerizing so were his talents on the guitar. He played and sang for almost the entire set, and it was worth the watch.

Babygirl is also a band with lead singer Kirsten Frances. Frances and her mates also had a slower set, but it was still enough for the crowd. The type of music they delivered was a mix of lovely pop songs and ballads. The setup at Royale also played in their favor as there were many attractive light visuals on the stage. They ended with thanking Zucker for allowing them to be a part of such an amazing tour.

From the moment he step foot on stage, Zucker had the crowd yelling at the top of their lungs. Before stepping on stage a low humming sound and music began to play, leading into the first song “we’re f*****d, it’s fine.” Throughout the concert, he made sure to play a variety of his music. Along with that, I was impressed with how his voice sounded just as good live as it does on the tracks.

Zucker played songs like “always, i’ll care,” “better off,” “not ur friend,” “somebody loves you,” and many other fan favorites. He even played two songs from his Brent EP, “scared” and “you were good to me.” The fans took over and lifted their voices during those tracks as well and it was beautiful. Jeremy exited the stage after performing his hit single “18” and then “Supercuts.” A few moments after he ran back on stage for an encore, performing his hit song “Talk Is Overrated” from his 2017 Idle EP. This was an amazing show with an amazing and extremely talented artist!