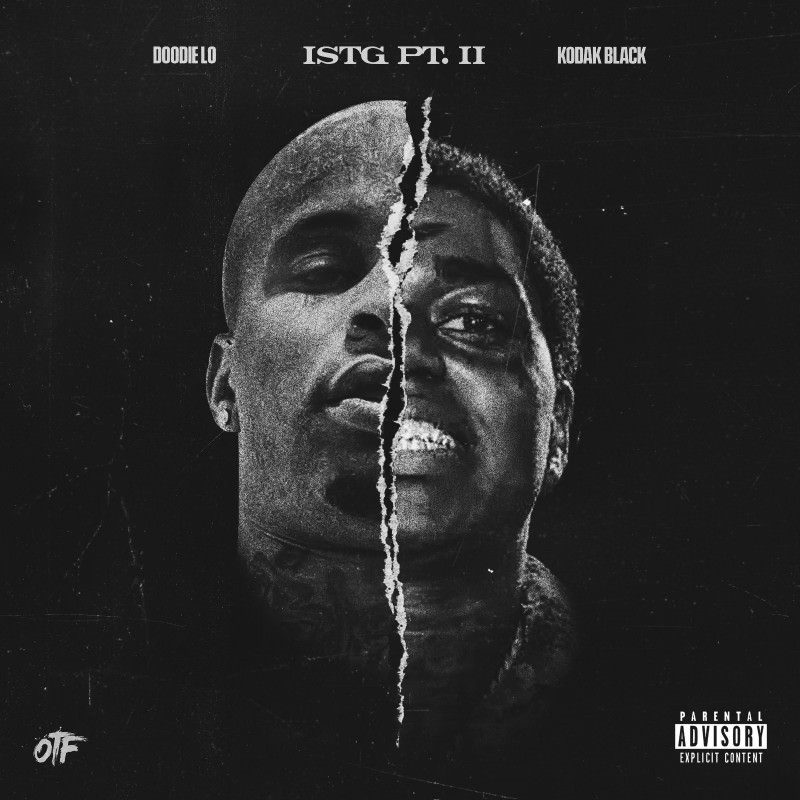 Doodie Lo commands tracks with his easygoing rasp and take-no-prisoners persona. Continuing a breakout year for the Kankakee, IL native, Doodie Lo shares “ISTG Pt. 2,” a new collaboration with Kodak Black. The new releases remixes “ISTG,” a buzzing single released by Doodie Lo earlier this year. “ISTG Pt. 2” revels in the electric chemistry between the two rappers, as Kodak complements Doodie’s brashly confrontational verse with an impish one of his own: “It’s all good ’til it’s all bad/That n**** all cap, can’t wait to get up with his soft ass,” snarls Kodak. Directed by Jerry Production, the video for “ISTG Pt. 2” finds the dynamic duo mobbing with a crew at a private hangar, where they sip their favorite beverages before hopping on a jet.

“ISTG Pt. 2” is the latest salvo in a busy year for Doodie Lo, following recent singles like “Back Bone,” “FACE,” and the Icewear Vezzo-assisted “Melrose,” as the artist looks to make his mark with his street anthems. Last year, Doodie Lo made an impact with Big Doodie Lo, the artist’s debut full-length project. The mixtape is home to “Me & Doodie Lo,” an energetic collab between King Von and Doodie that originally appeared on OTF’s Loyal Bros compilation (and racked up over 13.8 million YouTube views), in which the legendary O-Block native gives Mr. Kankakee an enthusiastic co-sign. Over the past year, Doodie Lo has considerably grown his profile, gaining tens of thousands of YouTube subscribers and Spotify Monthly Listeners, and collaborating with heavy hitters like MoneybaggYo, PoohShiesty, BIG30, and more.

Founded by Lil Durk, Only The Family is one of rap’s most respected labels and most impressive collections of talent. Originally based in Chicago, the label earned a reputation for cultivating some of the city’s most vital talents, with members like Booka600, Memo600, and the late great King Von. With a roster that reflects label boss Durk’s signature combination of raw lyricism and emotional songwriting, OTF has released three label compilation mixtapes, including the two volumes of Only The Family Involved in 2018 and Family Over Everything in 2019. Ready to make a statement after a 2020 marked by success and tragedy in equal measure, Only The Family is currently preparing Loyal Bros, their next compilation tape, coming in February 2021.