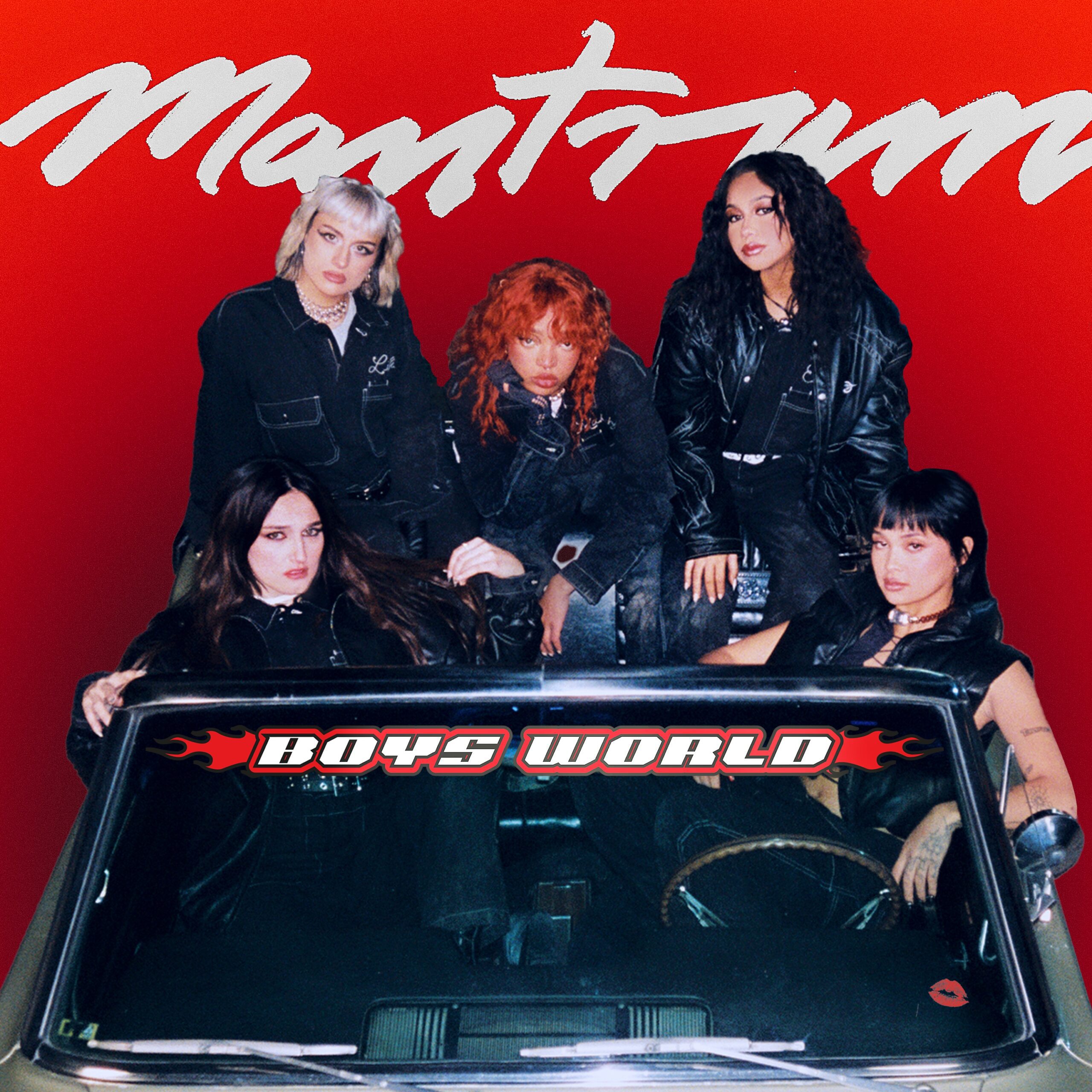 LA-based breakout female-pop group, Boys World (“Boys” standing for “Best Of Your Self”), is taking 2023 by storm with the release of their latest single and music video for “Mantrum.” Following the release of “SO WHAT” in July 2022, dubbed “the dance-pop tune of the summer” by V Magazine, “Mantrum” serves as its empowering sequel, further defining Boys World’s new era of dominance and confidence while staying true to their magnetic personalities and electric chemistry as a group.

Infusing their infectious pop roots with soulful elements of R&B, “Mantrum” is a merciless and swift blow to anyone and everyone who isn’t worth their time or energy. With lyrics like, “Boy I ain’t your mama / pull your pants up because I’m so sick and tired of these mantrums” and “Don’t get it twisted / You steady tweetin on your feed like I’m the villain / Boy we finished,” the girls are unapologetically claiming their independent voice.

Directed by Angelica Valente and Pseudo of Spaced Visuals and choreographed by Samantha Caudle, the music video flips a stereotypical male fantasy on its head. Working as auto mechanics, Boys World deals with a difficult customer throwing a “mantrum”, proving they are not to be messed with. Equal parts girl power and revenge, Boys World show that nothing will stand in their way as they set out to command the pop scene. The single and video for “Mantrum” are precursors to what they will deliver to the music industry in 2023.

Boys World said, “‘Mantrum’ is a song we wrote inspired by those toxic situationships. It’s about being SICK and tired of dealing with emotionally immature people, whether that be an ex or any person who doesn’t treat someone with the respect that they deserve. Whenever one of us is going through a breakup, we always have each other to lean on. We hope that this song brings together all the badass women and friends because we know you can relate!!”

“Not only are they sonically appealing, but they show a variety of representation that young girls can relate and see themselves,” said Grimy Goods about the Los Angeles-based female pop group Boys World (“Boys” standing for “Best Of Your Self”). The girls of Boys World (Queenie Mae, Makhyli Simpson, Lillian Kay, Olivia Ruby, and Elana Caceres) are gearing up to take the pop world by storm, having spent the past year honing their songwriting, producing, dancing, and performance skills. Now as the “best of themselves,” they are entering a trailblazing era in 2023. Defined by genre-defying hits, backbreaking choreography, the ultimate “cool” girl aesthetic, dynamic personalities, and an inseparable bond, the group is ready to prove themselves to anyone who might underestimate them. With a fanbase of two million on TikTok, over 45 million listeners, a defining debut EP titled While You Were Out, and new material on the way, Boys World is ready to show up and show out.