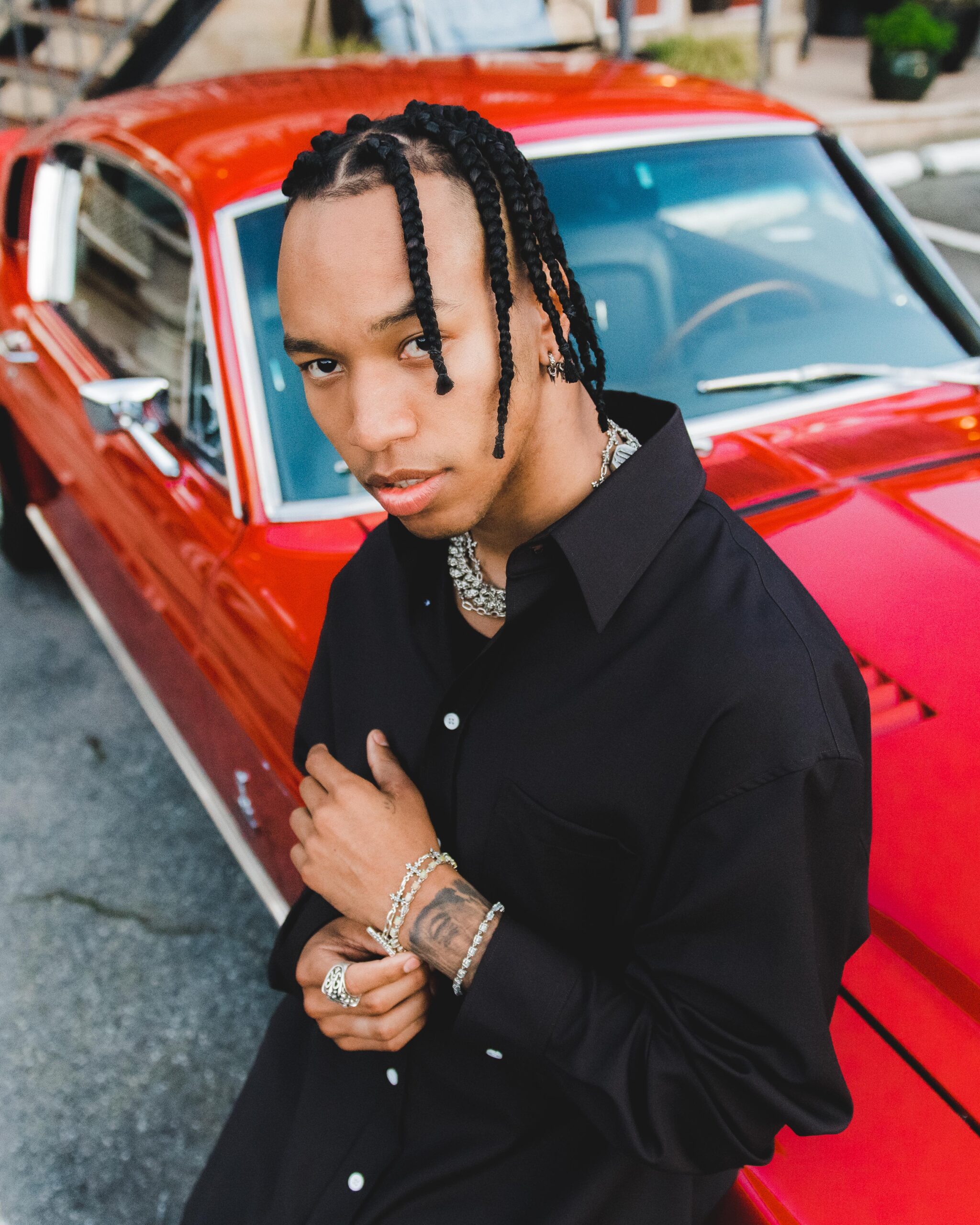 Today, alternative-hip-hop provocateur Boslen returns with the introspective genre-blurring GONZO, EP out now via Chaos Club Digital/Capitol Records. Listen HERE. The first taste of the eclectic, inventive project was February’s flex-filled single “LEVELS,” followed by the hypnotic, Y2K-produced “FALLEN STAR” in April. Now, Boslen takes us deeper into his world and swerves between even more visionary sounds on GONZO. The record also arrives alongside a cinematic, emotional new video for “GONE,” one of its standout tracks. Filmed in his hometown of Vancouver, BC, the self-reflecting Talha Pervaiz directed, and Natasha Dion executive produced video is a testament to Boslen’s artistry.

“I’m inspired by the artist Salvador Dalí. He would hold a fork in his hand and every time he fell asleep, he would drop the fork and wake up and immediately draw on a canvas in front of him. I thought it’s crazy that he’d push himself that far to create,” says Boslen. “That’s how I came up with the world of GONZO of how delusional you have to be for your art. You have to have delusional confidence to believe in yourself.”

The Vancouver-bred artist flexes his versatility across the project’s seven tracks. Anthemic production in the aptly titled “MANIC,” including soul-shaking 808s, is balanced by stripped-back bars “Way too many try to bleed for the fame,” he sings. “LEVELS” is similarly defiant, both in sound and scope, offering brutal commentary on the pitfalls of idolatry. Boslen recently performed “LEVELS” live for UPROXX Sessions.

GONZO also includes the standout track “GONE,” a raw track that allows Boslen room to be both boastful and vulnerable at once. “When you say you hate me to all of your friends,” he softly sings, “Just don’t forget I still live in your head.” The track also arrives alongside a visually striking video, which finds him trapped: wandering in a maze, sitting in the car while rain falls, and contemplating life in his bedroom. What starts as a slow-burning ballad slowly builds from acoustics to pulsating beats, mirroring his painful realization that he needs to move on — no matter how much it hurts.

Boslen’s evolution and self-awareness have been undeniable since his earliest releases, Motionless and Motionless II. His bars have only sharpened, and his confessional lyricism has become all the more evocative in the four years since those formative days in Victoria. His 2021 project DUSK to DAWN solidified him as a poignant conceptual artist, with boundary-pushing tracks featuring the likes of Charmaine, Tyla Yaweh, Rascalz, and Vory.

With GONZO, Boslen pushes himself even further, living up to the billing as one of HotNewHipHop’s “Artists to Watch in 2022” and proving that he’s still going to continue his rapid growth in the years to come.