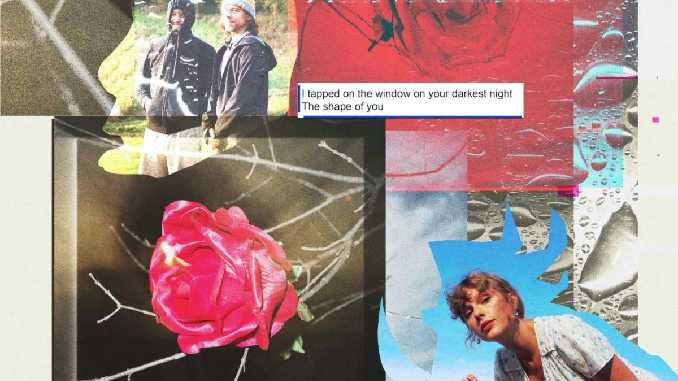 Indie-folk band Big Red Machine released their latest single “Renegade,” featuring Taylor Swift on July 2. This song is the first of two featuring Swift on Big Red Machine’s upcoming album How Long Do You Think It’s Gonna Last? which is set to come out on August 27.

The Big Red Machine duo includes The National’s Aaron Dessner and Bon Iver’s Justin Vernon. The two worked with Swift on evermore and folklore and wrote “Renegade” while collaborating on Swift’s albums.

Dessner commented on the collaboration with Swift: “This song was something we wrote after we finished evermore and it dawned on us that this was a BRM song,” he said. “I’m so grateful to Taylor for continuing to share her incredible talent with me and that we are still finding excuses to make music together.”

The song blends indie, folk, and alternative sounds, topped with gut-wrenching lyrics. Swift evokes the frustration of an emotionally unbalanced relationship with the lyrics, “Is it really your anxiety that stops you from giving me everything? / Or do you just not want to?”

On the day of the release, Swift shared a teaser collage on Instagram and Twitter created by Graham Tolbert. She credited James Reynolds—Ryan Reynolds’s six-year-old daughter—for the photo of her in the collage.

She captioned the post with the lyrics “You wouldn’t be the first renegade to need somebody,” and gushed about the collaboration in another post.

“When Aaron came into my life, I was ushered into his world of free-flowing creativity where you don’t over think, you just make music. His generosity of spirit and humility bleeds into every part of his life, and that’s why so many artists have jumped at the chance to be a part of his collaborative project, Big Red Machine,” she said.

Swift will be featured in another song from How Long Do You Think It’s Gonna Last titled “Birch.” The album will be riddled with collaborations, including Robin Pecknold of Fleet Foxes and Anaïs Mitchell, who sings in the first single “Latter Days.”