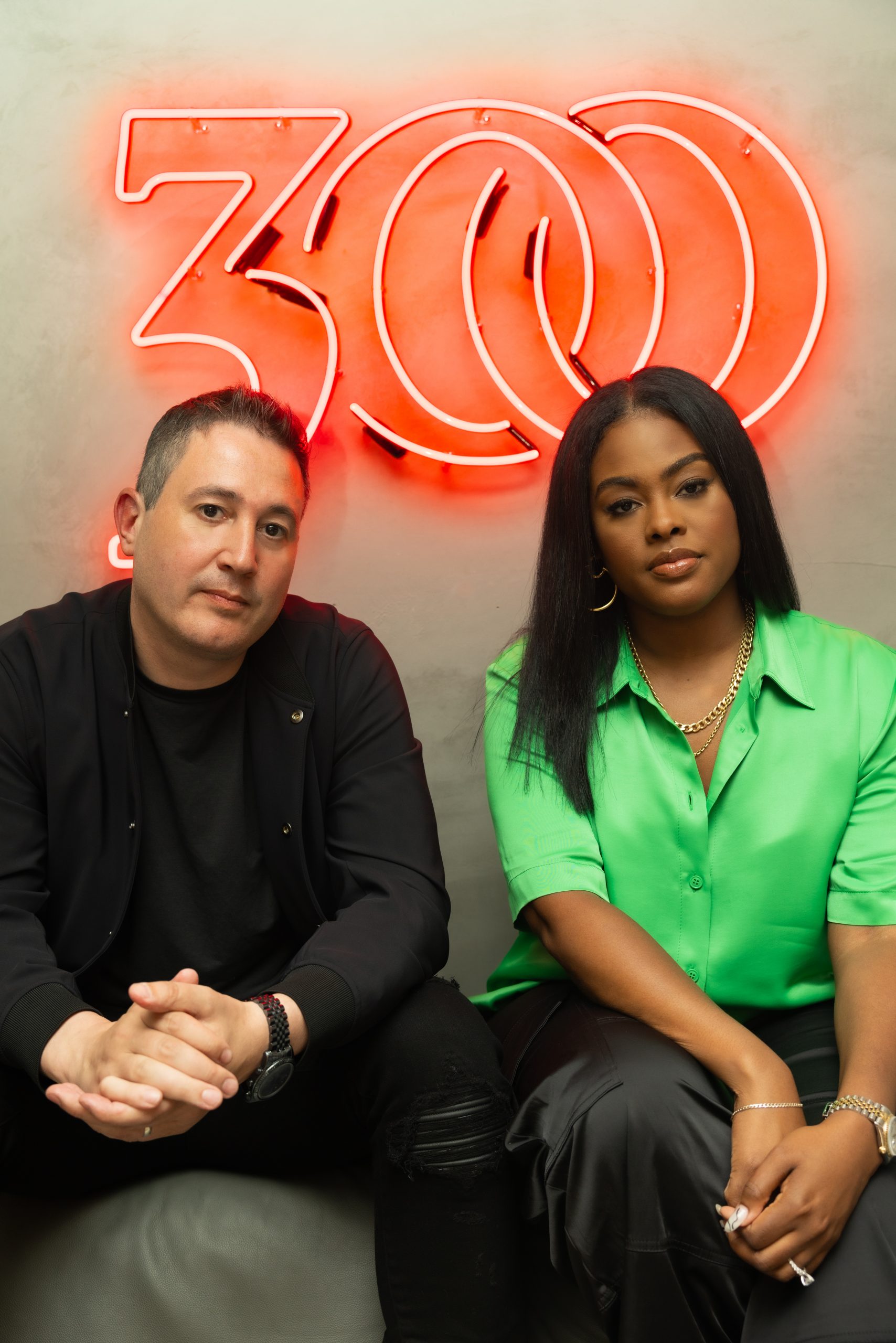 Rayna Bass and Selim Bouab have been promoted to Co-Presidents of 300 Entertainment, it was announced today by co-founder and Chairman/CEO Kevin Liles. Bass and Bouab, who both joined 300 in 2014, were most recently the company’s Senior Vice President of Marketing and Senior Vice President/Head of A&R, respectively. This marks the first major executive move at the company since it was acquired by Warner Music Group at the end of last year.

“My philosophy is to always surround myself with amazing, dedicated, passionate people, and I’ve been truly blessed to have Rayna and Selim at my side for the past eight years,” said Liles. “This dream team has been dominating the hip hop space for a decade with an artist-first, independent mindset. From turning once-in-a-generation talents like Megan Thee Stallion, Young Thug, Gunna, and the legendary Mary J. Blige into global superstars, to turning musical moments into cultural movements like Pushin P, Trap Queen, Bad and Boujee, and Hot Girl Summer, they make an unstoppable leadership duo. With deep experience across all lines of our business, Rayna and Selim have been essential players in building our company from the ground up, and I know they are destined for great things as we begin a new chapter in the ever-evolving book of 300.”

“We’ve both had the fantastic experience of being part of the evolution of 300,” said Bouab. “Under Kevin’s brilliant guidance, we’ve signed and developed artists who’ve topped the charts, moved culture, and made a difference in the world.”

“It’s always been our mission to serve artists at the highest level and to remain culturally driven. This has been the north star in our development as executives and leaders,” said Bass. “We have a team of innovative and passionate individuals and I’m incredibly excited for the future.”

Bass has helped bring to life some of the industry’s most influential marketing strategies, including campaigns for 300 artists such as Megan Thee Stallion, Young Thug, Gunna, Mary J. Blige, Fetty Wap, Migos, Tee Grizzley, and others. She has been recognized on Billboard’s Women in Music, Hip Hop Power Players, 40 Under 40, and Indie Power Players lists, as well as Variety Magazine‘s Hitmakers and Women’s Impact Lists, and has won Libera, Webby, Clio Music, Shorty, and Telly awards in marketing. Bass began her career as an intern at Island Def Jam before joining the company as a full-time Marketing Assistant. In January of 2014, she became 300’s first marketing hire, and due to an impeccable track record, was promoted to SVP of Marketing in 2019.

As the head of 300’s A&R department, Bouab has been key in signing and developing the label’s biggest talents – from Megan Thee Stallion to Fetty Wap and Tee Grizzley. Bouab has also facilitated notable releases from Young Thug, Gunna, Mary J. Blige, $NOT, Phony Ppl, and Shy Glizzy, with whom he launched Glizzy Gang, as well as Atlanta breakout artist Hunxho. Bouab also launched the label Unauthorized Entertainm