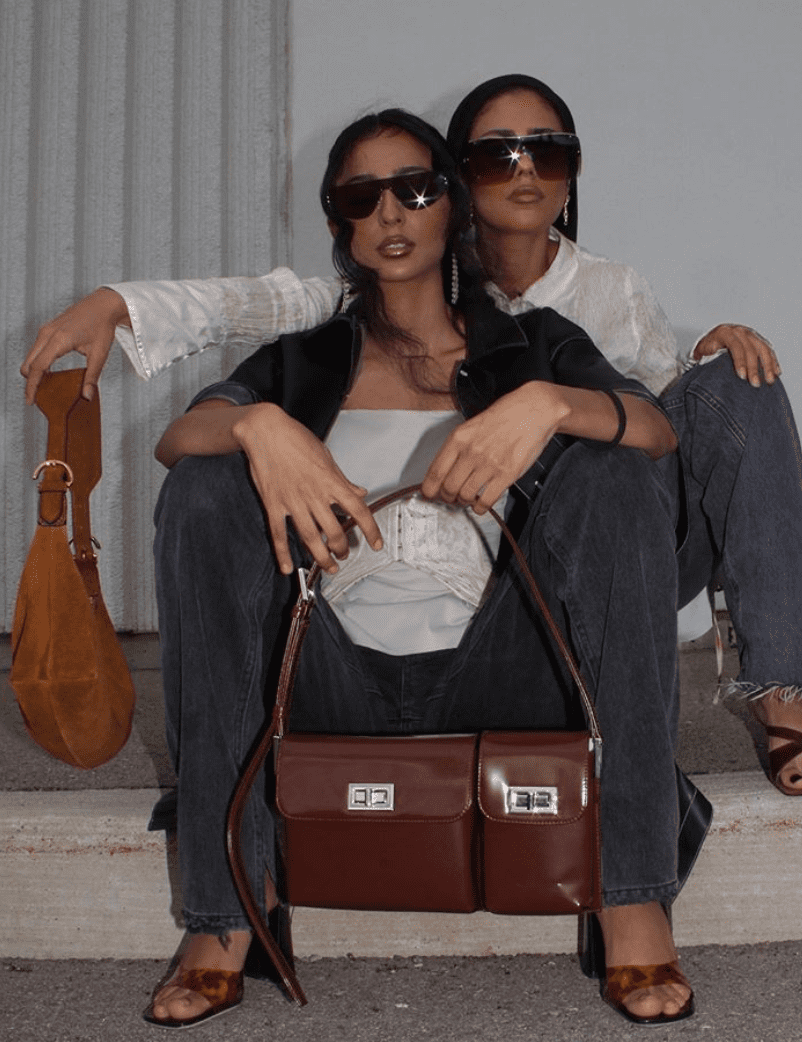 Despite the potential ban on TikTok in the United States, a strong fashion community has been developing on the app in recent months. Vogue has been documenting accounts in this community that they think are worth following, and recently put the spotlight on Maha Gondal and Nemah Hasan. These two creators, who go by @moxeb and @nemahsis on the app, are friends located in Toronto. Gondal is a fashion stylist and Hasan a singer-songwriter, and the pair have gained a following since beginning to showcase their fabulous modest style.

Both are Muslim and they met at the Reviving the Islamic Spirit convention in Toronto in 2015. Since then, they have bonded over their shared love “for fashion, art, and music,” Hasan says. Once lockdown hit, this friendship blossomed into a partnership on TikTok: their first joint video went up in May.

In their videos, Gondal and Hasan tend to wear pieces from cool street-wear labels like I.Am.Gia and MISBHV. Hasan says, “I basically wear what everyone else wears on social media, but make it ‘hijab.’ Maha and I both struggled immensely with styling high fashion as Muslim woman. We, as Muslim women, didn’t want to feel restricted from high fashion because we chose to dress modest. Therefore we made it our goal to inspire women like us.” And inspire they have. Gondal has amassed more than 48,000 followers, while Hasan has more than 190,000.

One of the things that their followers love about the pair is that they don’t settle. They find inspiration in the everyday, and though their styles tend to be quite different, they share clothes constantly and feed off of each other’s ideas. Most of their videos are filmed in an industrial warehouse near Hasan’s house, and their video content really just depends on their mood—from runway walks to lip-synching to fun, silly posing. The friends hope to continue to inspire women, especially other women who dress modestly. Gondal says that “I no longer have to pick between high fashion and modesty because I am a creative. I found a way to connect the two different worlds in a unique way.”