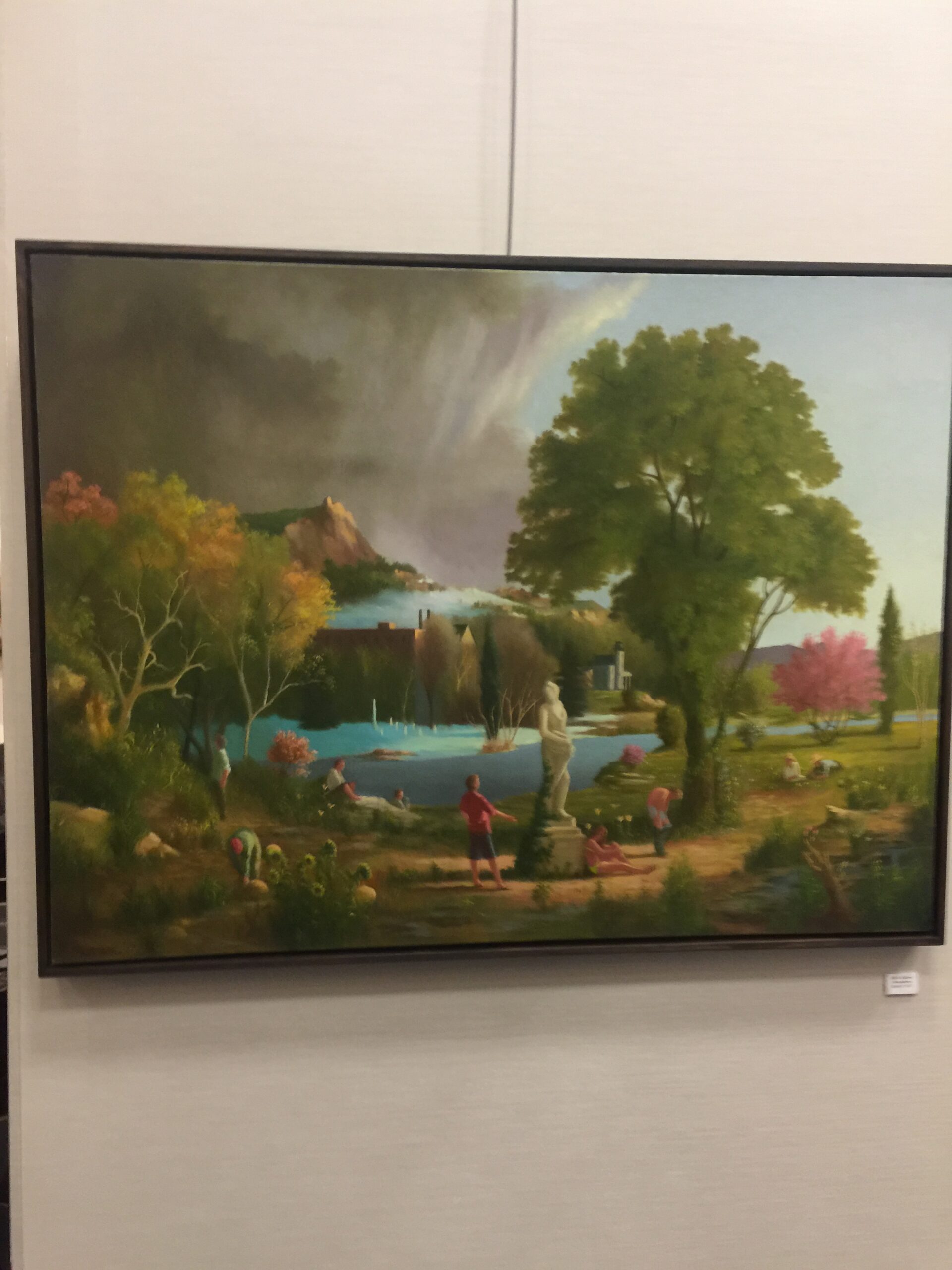 NYC Gallery Space presents a solo exhibition for artist Keith Kattner, revealing his newest series to NYC.  An opening reception at pop up gallery, 18/8 fine men’s salon, supported by my non profit, 100 For All.

Keith Kattner is a retired nuero surgeon and emerging artist. His MOST recent series is exploring more urban settings as he blends his talents and artistic styles within what appears as a classical style painting at first glance.

As a young undergraduate student, Dr. Keith Kattner had anticipated an art career. However, his life took a completely different path and for 17 years he became a consummate neurosurgeon. 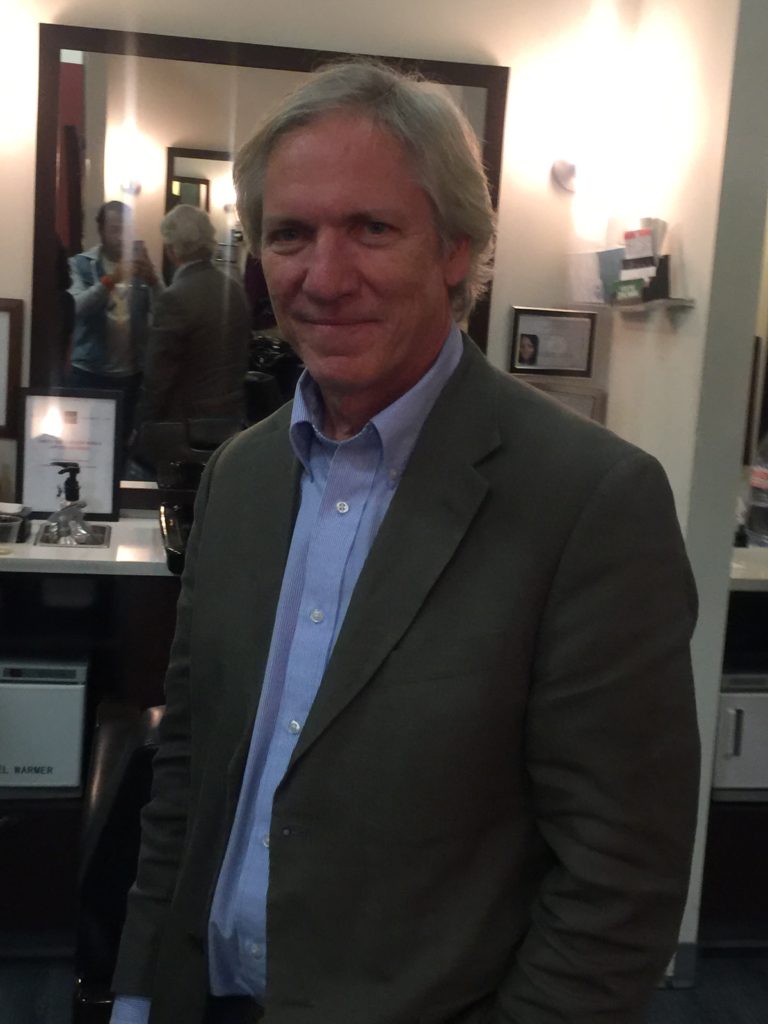 Dr. Kattner averaged 80-hour work weeks in the operating room saving
patients’ lives from aneurysms to brain tumors. Unfortunately, this intense work ethic stifled his artistic expression. So instead, he began collecting art voraciously but it did not fulfill his desire to become a young artist.

The largest obstacle Dr. Kattner had to overcome was that he had been a scientist for 30 years in which he always followed the rules of naturalism. This led his artistic expression into a representational realism pattern. 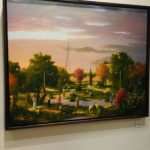 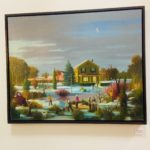 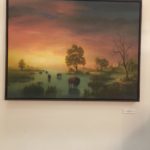 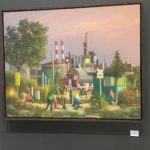 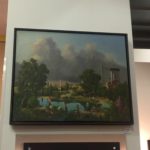 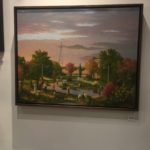 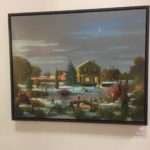 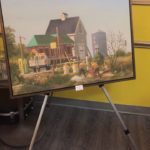 “It took me a considerable amount of effort to realize that the rules of art don’t always comply with the rules of science. I had to decide which set of rules would supersede the other.”

Once he understood both set of rules, he could then move forward in his own style with no limits and without hesitation.

Dr. Kattner’s recent series of oil paintings, “Reflections”, are loosely based on Cezanne’s “Bathers”. “Appropriating from renaissance structures, luministic, atmospheric light and modernistic use of form and lines, I’ve created an idyllic world. My Arcadian images of objects and their reflections represent memory and recede dependent on the viewpoint.”