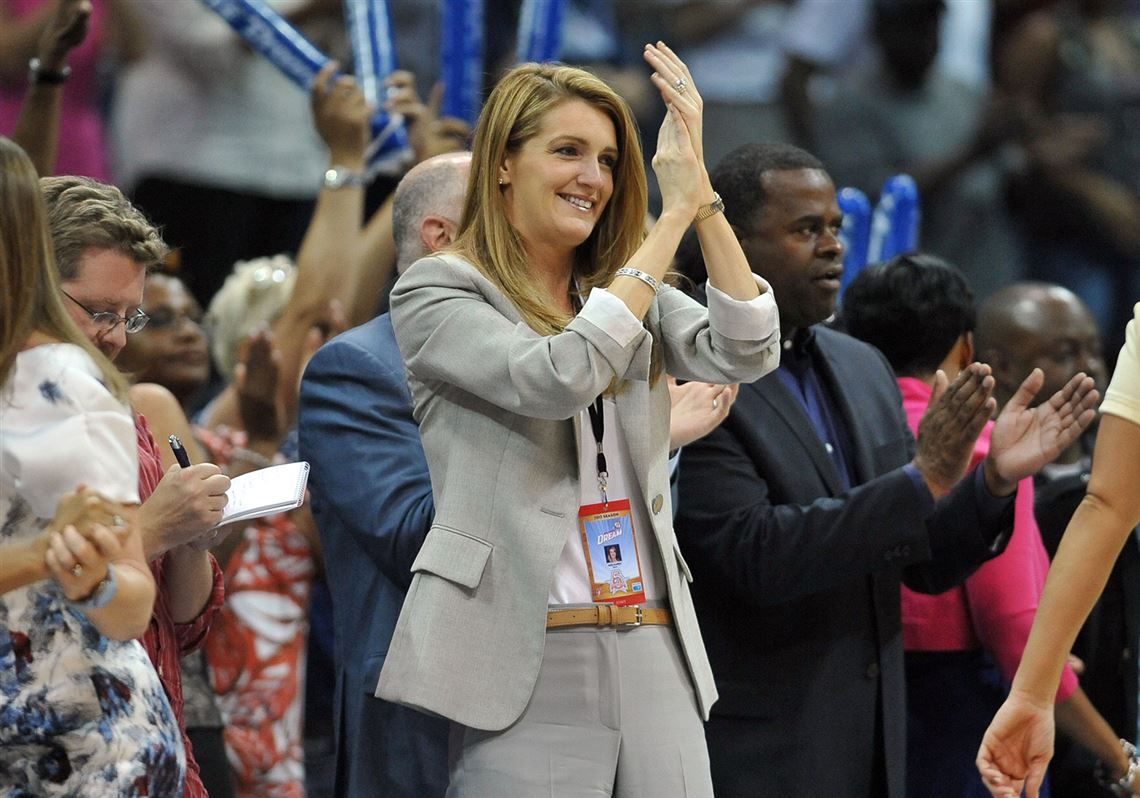 Several comments from Kelly Loeffler criticizing the Black Lives Matter Movement,  have caused outrage and backlash from members of the WNBPA. They are calling for the WNBA to remove Loeffler as co-owner of WNBA team the Atlanta Dream.

On June 26th, Loeffler made her stance clear when she called the attempts from BLM activists to defund the police “mob rule”. She expanded her opinions in an appearance on FOX news stating that the BLM movement is lawless and chaotic and that the best course of action is to strengthen law enforcement. Following this tweet, on Tuesday she wrote a letter to the WNBA’s commissioner Cathey Engelbert to condemn the WNBA’s decision to have players wear “Black Lives Matter” and “Say Her Name” warm-ups, which refer to the unjust killing of Breonna Taylor by police in her home.

We must not allow mob rule.

We must not defund the police.

And we must protect the Constitutional rights of law-abiding Americans. I’m continuing to take action on these issues. #gapol #gasen pic.twitter.com/nrJueL82PJ

Loeffler insists that sports should remain less political and that phrases like these should be replaced with American flags. Loeffler called supporting Black Lives Matter an action that “undermines the potential of the sport and sends a message of exclusion.” Her letter has since received massive backlash from fans and players alike.

The WNBPA tweeted “E-N-O-U-G-H! O-U-T!” . The tweet received over three thousand retweets and over nine thousand likes. They also released a statement in response to Loeffler’s letter condemning her actions.

“The WNBA is based on the principle of equal and fair treatment of all people and we, along with the teams and players, will continue to use our platforms to vigorously advocate for social justice. Sen. Kelly Loeffler has not served as Governor of the Atlanta Dream since October 2019 and is no longer involved in the day-to-day business of the team.”

Similarly, in a tweet from Dream guard Renee Montgomery, she revealed her criticism against Loeffler’s anti-BLM sentiments. Montgomery is slated to sit the 2020 WNBA season out to redirect her energy towards the social justice movements.

I’m pretty sad to see that my team ownership is not supportive of the movement & all that it stands for. I was already sitting out this season & this is an example of why. I would love to have a conversation with you about the matter if you’re down?

Loeffler was appointed a Georgia senator in 2020 has owned the sports team since 2011. She is an avid supporter of President Trump and his plan to build a wall between the US and Mexico. She has also been outspoken against abortion and the Black Lives Matter movement. Loeffler is seeking to be reelected as a Georgia Senator towards the end of 2020.