What are the best uniforms in New York sports right now?

It’s New York Fashion Week. Sports have taken an underlying influence in fashion and culture beyond just balls and bats. In New York, the sports teams have become a staple in the state. The metropolitan holds eight sports teams throughout the four major sports (baseball, basketball, football, hockey).

All eight teams have rarely gone through complete makeovers, because of the historic appeal to devoted fans. But even history can’t hide ugly, and some of the New York sports teams have the need to tweak their look just a bit. 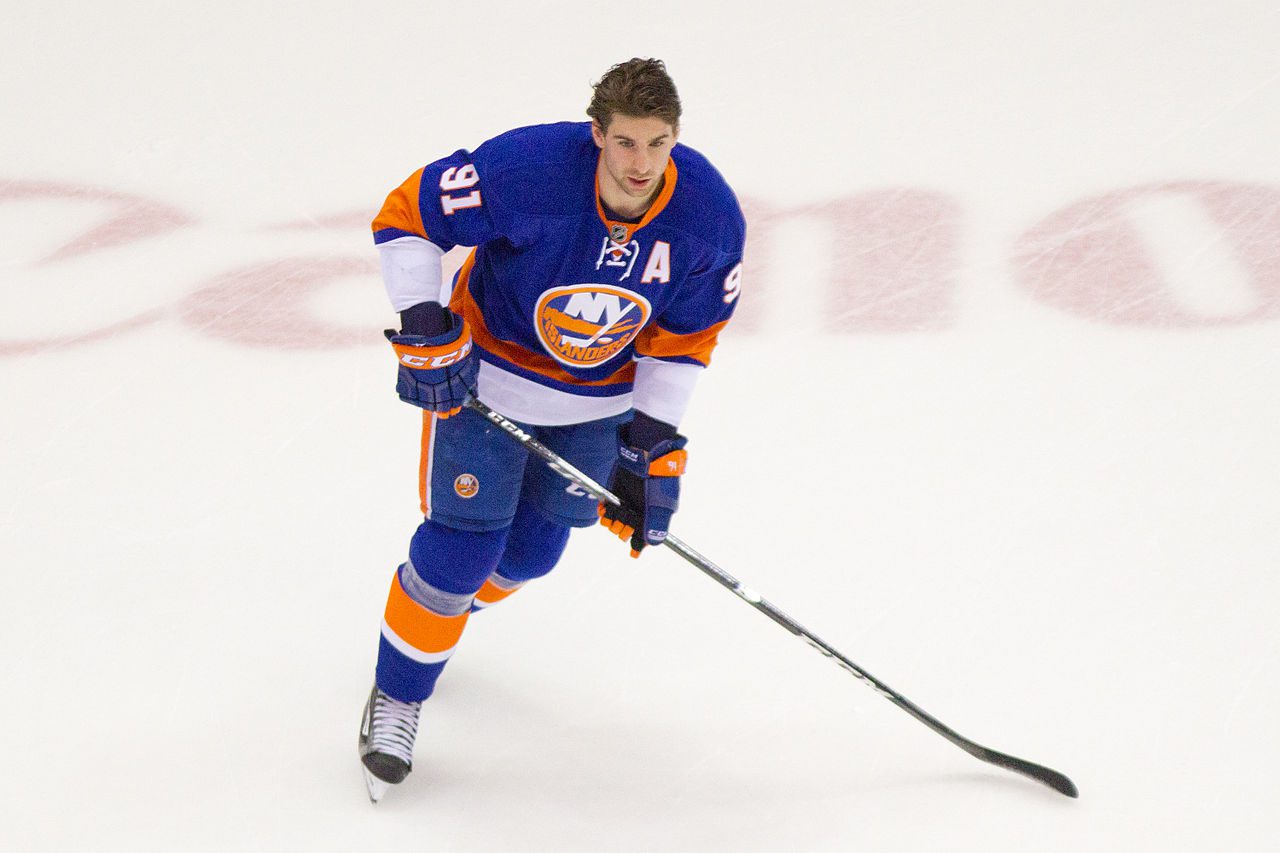 The Islanders take the blue and orange color scheme to an odd look. Let’s ignore the fact that they have one of the least attractive logos in the NHL, and you still find a way to wince at the jerseys. The home blue tops with the orange bar across the stomach are met with what seems like an afterthought of white, and really give a loud, yet somehow boring jersey.

The away white tops are even worse, somehow making three different colors look plain and boring. I will give them some credit, however. They unveiled an alternate all blacks with their alternate logo and created a clean looking jersey. It’s a nice simple contrast to their over use of the blue and orange color scheme. 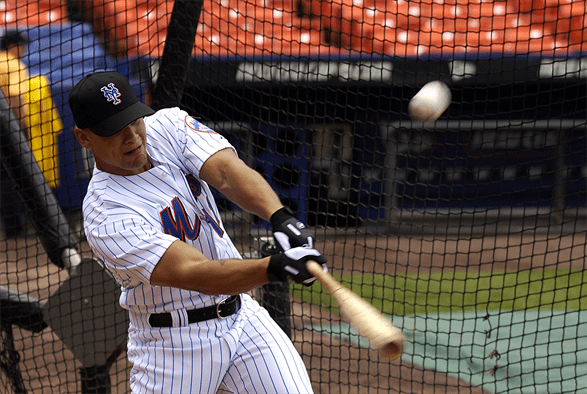 Don’t take this as some bias against orange and blue. I actually think the Mets’ uniforms are decent. Just not good enough to top the rest of the jerseys on this list. The Mets own the lesser known blue and white pinstripes, but accent it well with a light blue hat with the iconic orange logo.

The greys are nothing significant, but the alternate blues probably drag this list down. Add-in the obsolete blacks, which didn’t mesh well with the blue and orange lettering due to the blue lining, and that’s why the Mets are so low on this list. 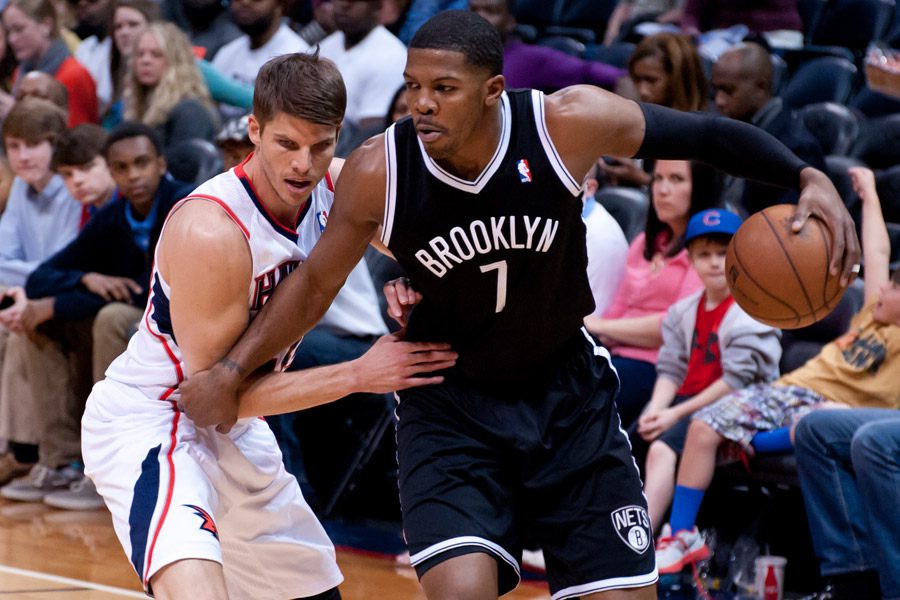 When the Nets brought basketball back to Brooklyn, they wanted to do so with swagger. Jay-Z spearheaded the new image and saw his then-team don Black and white jerseys. Simple, plain, effective. With “Brooklyn” across the chest of both jerseys, there’s not much else to the jersey.

And it works. It’s one of the cleaner jerseys in New York sports. 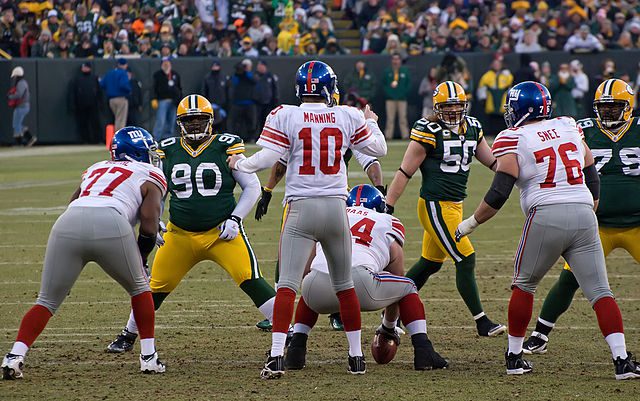 The Giants hold one of the most worn jerseys in the metropolitan area. With a simple, yet patriotic color scheme the Giants have successfully taken advantage of three colors and making them simple.

They hardly feature the red, but they have it evident in key ways. The stripe on the helmet is in the center of the beloved blue with a white NY logo. The Giants jerseys are here to stay. 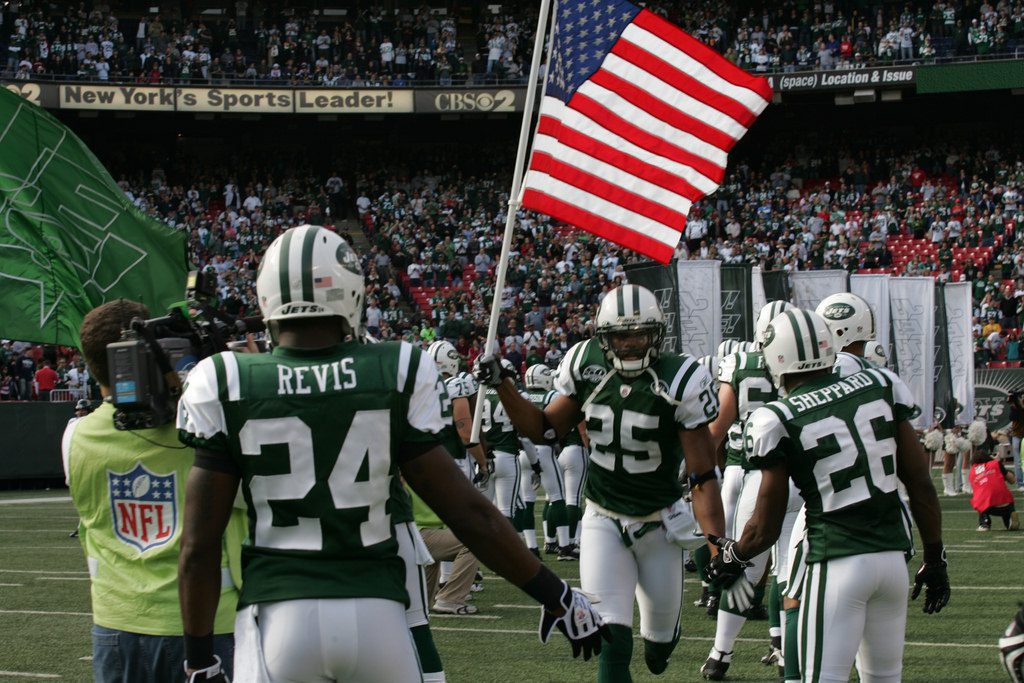 Gang green has hardly seen their jerseys change. Not many teams come to mind with their shade of green, and the white stripes on the shoulders are just historic. Their white jerseys may even be better. The simplicity in adding green stripes to a white jersey comes through in major ways. 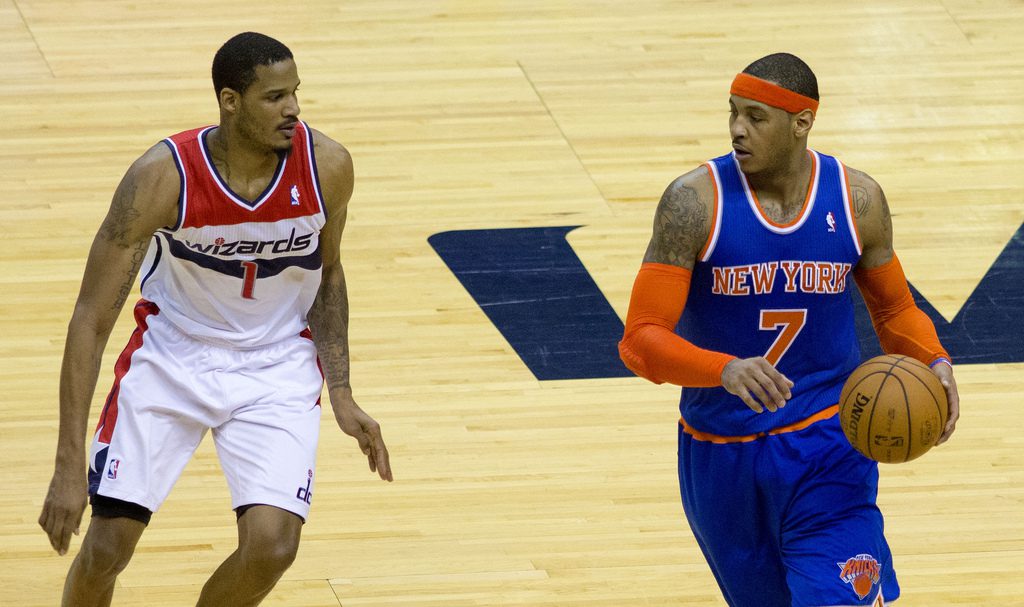 BAM. See? Not a blue and orange hater. The Knicks are one of the most iconic teams in NBA history, which is why their jerseys have stayed mostly unchanged for decades. Every kid dreams of donning the blue and orange, starting from hopefuls at Rucker Park, to college players across the nation.

The mystique behind the jerseys is the same one that makes Madison Square Garden so great. Despite the down years of the Knicks, the jersey carries the same fortitude as it did in the 80’s and 90’s. The same simplicity the Nets use in their rebrand, is the same one the Knicks obtain with a vibrant color scheme.

It may be third best on this list, but the Knicks jerseys may be tied for the most iconic jerseys in New York sports history. 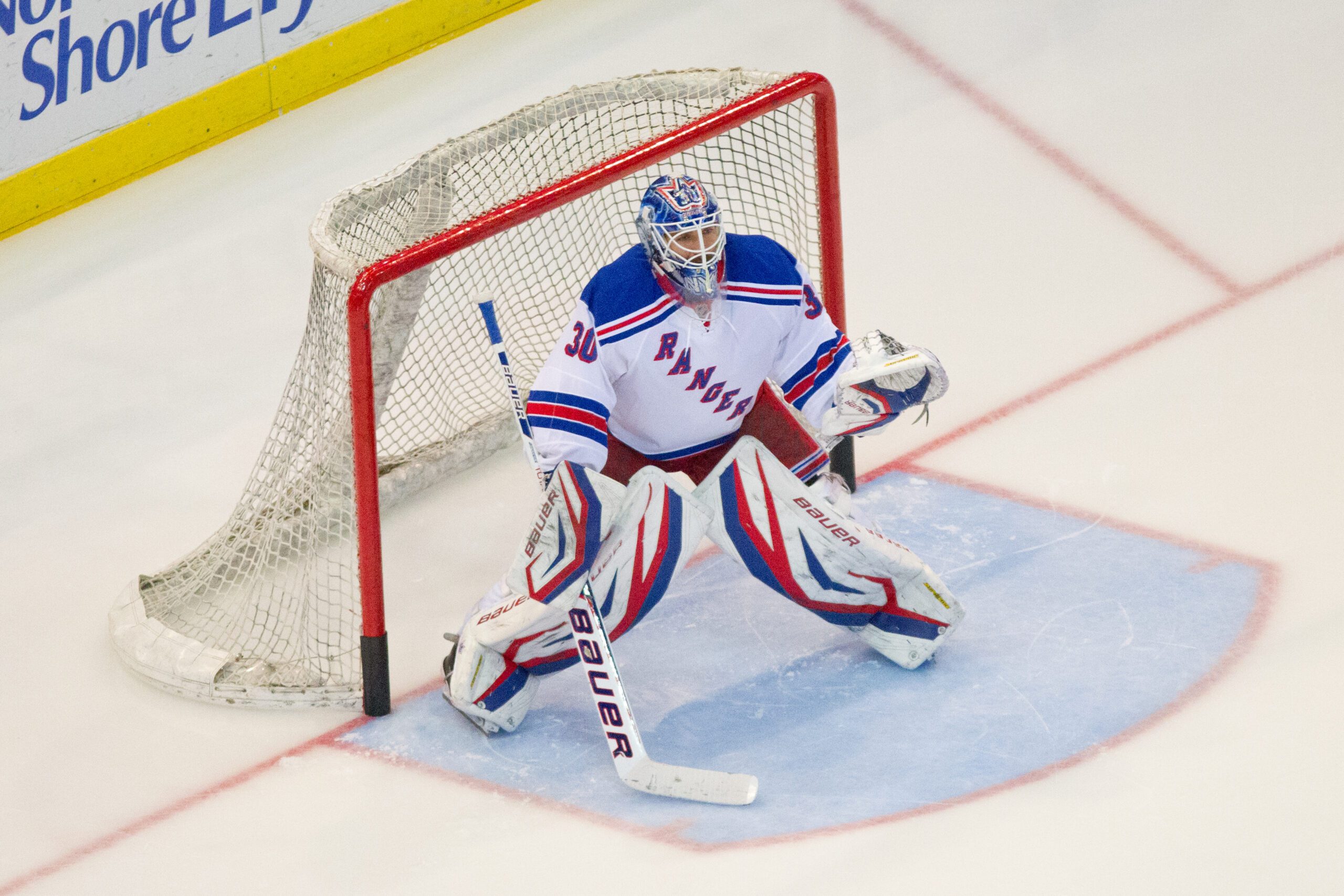 What’s not to love about these bad boys? The Rangers have had an easy time watching their jerseys age over the years. The iconic diagonal lettering has surprisingly stayed prominent. And the sharp placement of the white lining and the red stripes comfort the blue well.

The Rangers will continue to have this beautiful set of jerseys for the rest of their existence, as it should be. 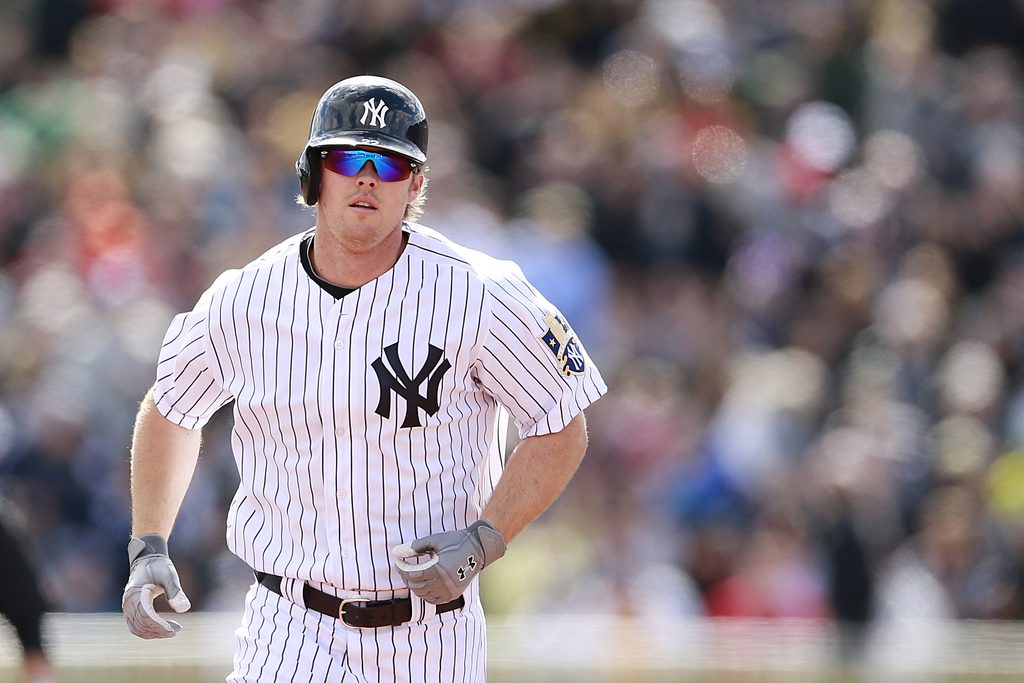 You had to see this coming. The navy blue pinstripes are not only the most iconic New York sports jerseys, but are at the top of the jersey market as a whole. It’s more than just the famous “NY”, it’s about the longstanding stability of what was once a revolutionary look.

The same look worn by Babe Ruth, Lou Gherig, and Mickey Mantle is the same look that was worn by Derek Jeter and now, Aaron Judge.

The Yankees will never, and I mean NEVER, change their uniforms. And if they would, it would cause uniform havoc.

As The NBA Season Begins, Let’s Look Back At Some Iconic Player Outfits

Some States Working to Restrict Transgender Women in Sports