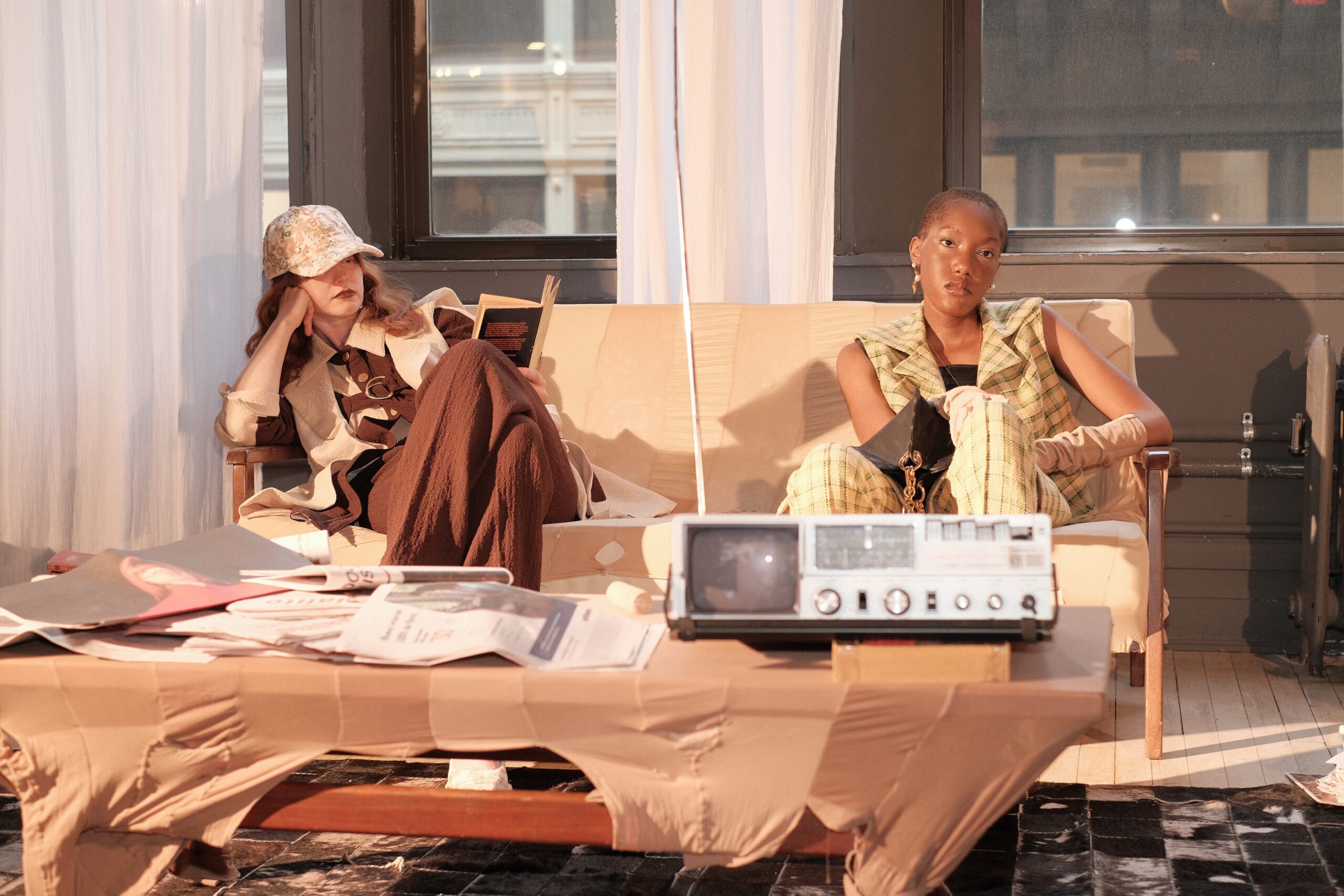 Known for celebrating Asian heritage through documentary-style visuals, Yan’s latest work takes on the theme of Asian families immigrating to foreign countries around the world in the 1990s. Her SS23 presentation was presented like a documentary, incorporating installations and recreating scenes of Asian immigrants leaving their home countries.

ZIMO was founded under the motto “We the visions,” which stands for “we observe, we document, and we present. Regarding her label as a “fashion documentary,” Yan uses garments and accessories to comment on contradictions in modern society. Consequently, ZIMO presents its unique perspective on the evanescence of culture amidst an increasingly globalized world.

The main focus of the brand is to shine a light on the past by using long-forgotten and antiquated objects that no longer exist today. Obtained from Asian elders, previous collections integrated dead stock comprised of upcycled pajamas and old towels in their clothing. Through a variety of textiles and repurposed materials, ZIMO redefines the modern silhouette. Drawing from the fashion-forward style of contemporary Asian youth, the brand combines traditional and modern elements to come up with its own genre and look, one that allows all genders to express themselves through clothing.

SS23 is inspired by 1990s Asian immigrants who left their homes in pursuit of a better life in other countries. While settling in their new homes, they made it a point to preserve their culture and often upheld old traditions better than those who never left the Far East.

In addition, the collection captures the complex environment in which Asian youth in Western countries grow up. Intertwining expectations from Eastern families and Western friends, influences from two cultures, and the inevitable question of true belonging forges a new identity of individuals finding their place in the world.

The collection weaves fragments of Eastern influences on Western culture into its collection, thereby showing how these two cultures influenced one another.