Jonathan Simkhai’s show definitely had eyes pealed this season as guests found their way through the frosted forest.  Drawing inspiration from American history by dissecting ideals from the Victorian era with a dash of the ever-changing woman of the 1900’s.  The revolutionary times in which women found their voices through their wadrobe was the focal point of this season’s collection. 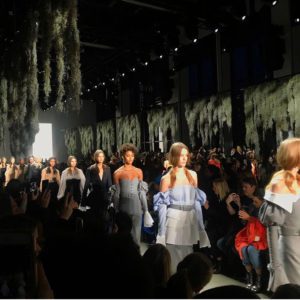 He takes us through several symbols, reminiscent of the twentieth century woman from wool blazers with wrap bustiers to cigarette pants.   Although the collection was clearly influenced by women’s suffrage movement and individuals like Gibson girls there was still a sense of modernity.  Off the shoulder belted dresses and black chiffon long sleeves tops made the clothes a bit more relatable to the current times and the freedom that woman in this day and age employ.  A utilitarian vibe gave a sensation of the modern day woman using previous successful tactics to take on life and even the world.  The models were serious, intimidating yet still sexy with plenty of sheer moments of sex appeal that the garments demonstrated with lace. 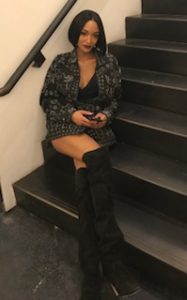 I stopped briefly to chat with international supermodel Jourdan Dunn to get her opinion on the show.  “It was stunning, seriously marvelous and every season it’s impressive that he can do it all over again. He never fails to wow me!”  Rocking her dazzling ensemble she embodied the essence of the Simkhai woman as she swiftly rushed backstage to congratulate him on yet another successful fashion week show.  Jonathan ended the show with a quick 1-2 wave to the rambunctious applause that echoed in the open space following his finale.

Check out the F/W 18 collection below: 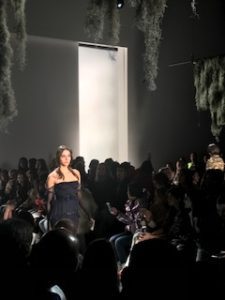 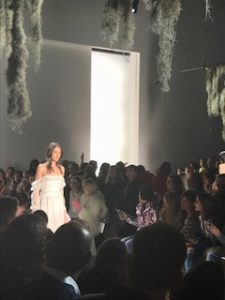 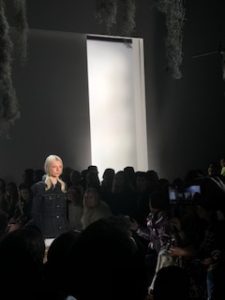 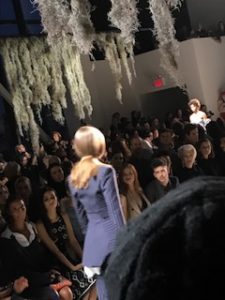 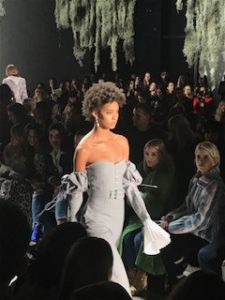 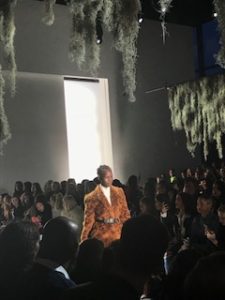 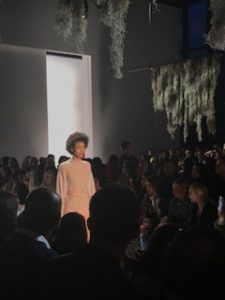 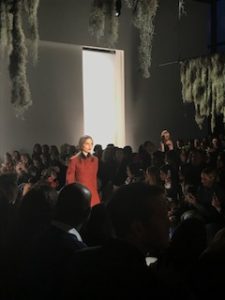 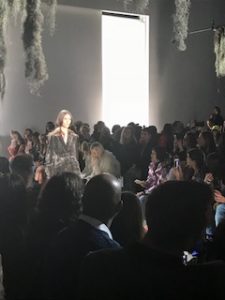