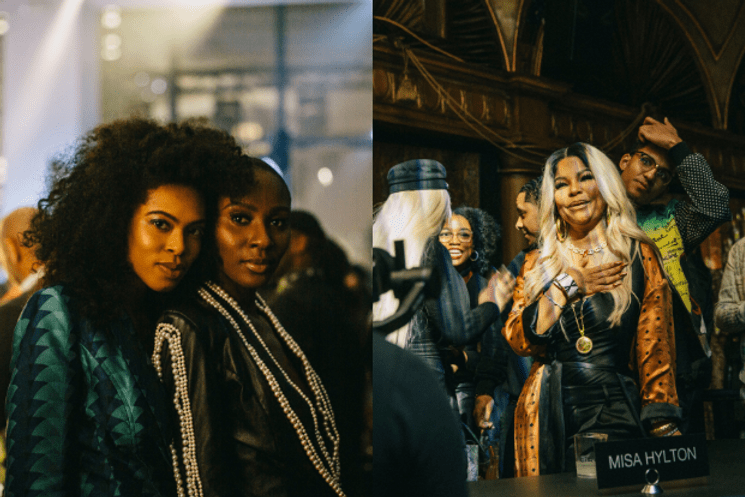 New York — After a tumultuous year that sparked a conversation about diversity and inclusion in the fashion industry, brands took to supporting the Black Lives Matter protests and denouncing a flurry of racist incidents that took place within their own companies. Did it really change? Will it really change?

In 2020, a black man, Misan Harriman, shot the British Vogue cover for the first time in history. This came only after his winning acclaim for his photo reporting of the Black Lives Matter Movement. “Edward Enninful provided me with a life-changing opportunity when he picked me to shoot the September issue of British Vogue. Many doors open to me now that were never open previously. So many people who look like me never thought they could be a part of the industry. Those dreams got folded in a box and stored away.”

In an industry that is built on elitism and the gatekeeping of access and influence, Harlem’s Fashion Row (HFR) exists to push those boundaries. The agency has created an ongoing effort to bring diversity, inclusion, and opportunity to brands and designers of color in fashion. These efforts are rooted in brand strategy, collaborations, new media, experimental marketing, recruiting and pipeline programs.

In honor of Black History Month, HFR hosted its 4th Annual Fashion Summit, including some of the largest and most impactful brands in the industry. The summit sought to answer the question — Are retailers making a difference?

With the PRADA Group as the title sponsor, attendees of the event included LVMH, Capri Holdings, Tommy Hilfiger, Savage x Fenty, Nordstrom, Nike and PVH Corp. Theaster Gates, Co-Chair on PRADA Group’s Diversity and Inclusion Council, initiated the conversation, opening by saying that he has designed a three-year program that recruits and awards designers of color and invests in their development in partnership with the group.

Panels included in the summit are as follows:

In regard to the issues of racism and the lack of equity within fashion, brands responded to a survey by The New York Times, written by Vanessa Friedman, Salamishah tillet, Elizabeth Paton, Jessica Testa and Evan Nicole Brown. Included in those responses were CAPRI, Tom Ford, Comme Des Garcons, Armani, Off-White and Burberry — among many others.

Among them, LVMH, which owns Celine, Dior, Fendi, Givenchy, Loewe, Louis Vuitton, Marc Jacobs and Emilio Pucci. “While we have made continued progress, we know we have more work to do in order to increase representation of Black employees at all levels and we are holding ourselves accountable for continuing to advance our D&I efforts across our Maisons globally.”

It seems that LVMH has been honest about their efforts to embed a culture of inclusivity within their brands. The group will be the title sponsor for Harlem’s Fashion Row 15th Annual Fashion Show & Style Awards during New York Fashion Week in September, as announced at the summit.

“We are thrilled to partner with HFR for their 15th Annual Fashion Show and Style Awards. This collaboration matches LVMH’s ambition to create a culture that fosters inclusion and creativity across both the corporate and creative sides of the Group and our Maisons. We are excited by the opportunity to continue working with diverse designers as our brands thrive to marry a rich heritage with an innovative vision to set the cultural trends of tomorrow,” said Anish Melwani, Chairman and CEO, LVMH Inc. North America.