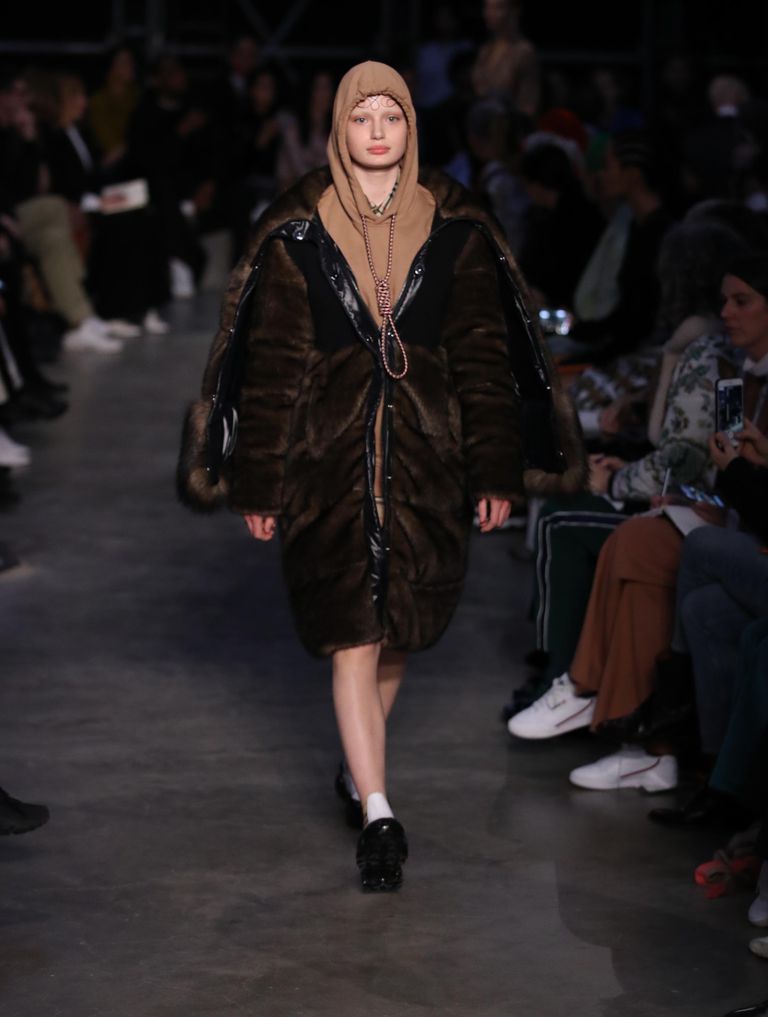 What a time to be alive! With the atmosphere burning, #metoo, racism, staged racism, and all the wild things going on right now. It’s not that crazy to find another fashion brand under fire for  offensive fashion. Seems almost ordinary after Gucci’s ski mask fiasco, Dolce & Gabbana’s cancelled Shanghai show, H&M’s careless ‘monkey’ sweatshirt ad, the comments from the Victoria’s Secret Chief Marketing Officer—the list could go on and on. Now Burberry joins other luxury brands in making careless choices with fashion.

Riccardo Tisci debuted his Burberry autumn/winter 2019 collection at London Fashion Week and things didn’t go over too well when the hoodie with noose strings came on the stage.

Liz Kennedy, the model who walked the runway in the hoodie went on Instagram to criticize the choice. “Suicide is not fashion. It is not glamorous nor edgy and since this show is dedicated to the youth expressing their voice, here I go. Riccardo Tisci and everyone at Burberry it is beyond me how you could let a look resembling a noose hanging from a neck out on the runway,” she posted on her Instagram.

@burberry @riccardotisci17 Suicide is not fashion. It is not glamorous nor edgy and since this show is dedicated to the youth expressing their voice, here I go. Riccardo Tisci and everyone at Burberry it is beyond me how you could let a look resembling a noose hanging from a neck out on the runway. How could anyone overlook this and think it would be okay to do this especially in a line dedicated to young girls and youth. The impressionable youth. Not to mention the rising suicide rates world wide. Let’s not forget about the horrifying history of lynching either. There are hundreds of ways to tie a rope and they chose to tie it like a noose completely ignoring the fact that it was hanging around a neck. A massive brand like Burberry who is typically considered commercial and classy should not have overlooked such an obvious resemblance. I left my fitting extremely triggered after seeing this look (even though I did not wear it myself). Feeling as though I was right back where I was when I was going through an experience with suicide in my family. Also to add in they briefly hung one from the ceiling (trying to figure out the knot) and were laughing about it in the dressing room. I had asked to speak to someone about it but the only thing I was told to do was to write a letter. I had a brief conversation with someone but all that it entailed was “it’s fashion. Nobody cares about what’s going on in your personal life so just keep it to yourself” well I’m sorry but this is an issue bigger than myself. The issue is not about me being upset, there is a bigger picture here of what fashion turns a blind eye to or does to gain publicity. A look so ignorantly put together and a situation so poorly handled. I am ashamed to have been apart of the show. #burberry. I did not post this to disrespect the designer or the brand but to simply express an issue I feel very passionate about.

As expected, Burberry received tons of backlash for the hoodie. So much so, they released an apology and removed the design from their new collection.

“We are deeply sorry for the distress caused by one of the products that featured in our A/W 2019 runway collection,” said Marco Gobbetti, Burberry chief executive officer. “I called Ms. Kennedy to apologize as soon as I became aware of this on Monday and we immediately removed the product and all images that featured it. Though the design was inspired by the marine theme that ran throughout the collection, it was insensitive and we made a mistake.”

Let’s hope that this will be a learning experience for future brands and that fashion will grow to serve the consumer.