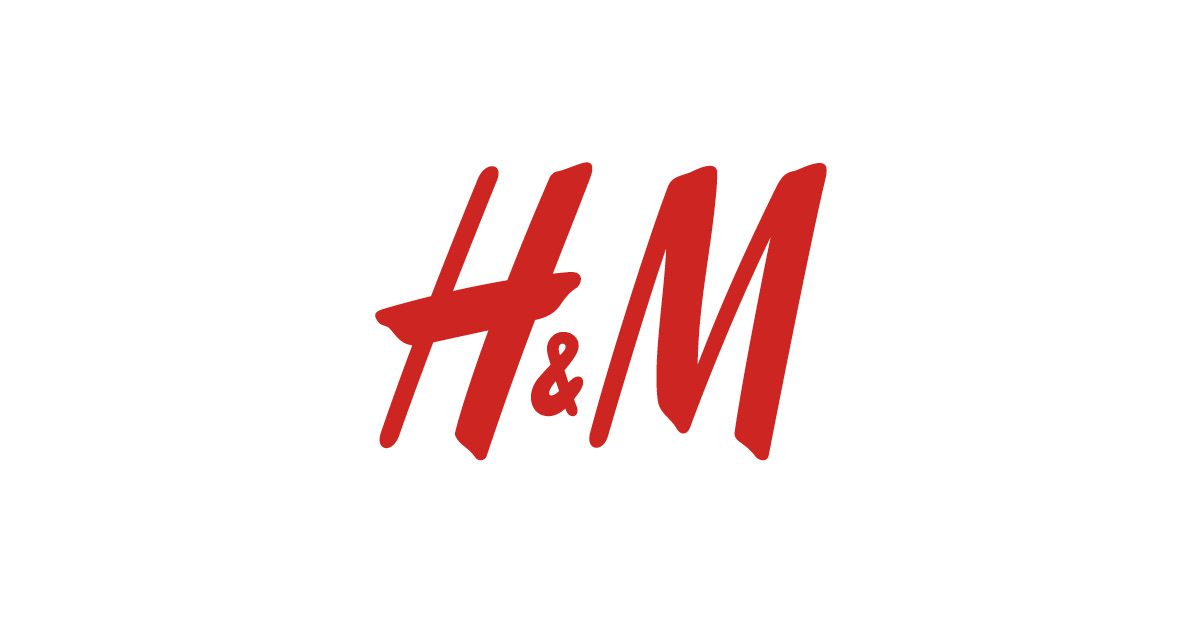 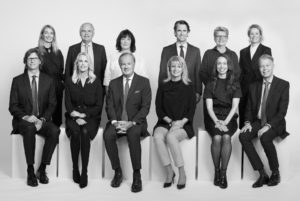 Unless you’ve been living under a rock you’ve heard about the error in judgement that stemmed from H&M children’s apparel section. Whether you felt like it was a racially insensitive gesture or was just taken way out of proportion you can’t deny the damage control that the brand is undergoing bc of it. 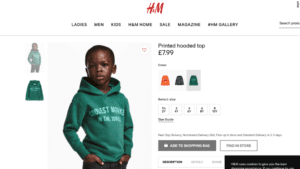 It was recently brought to social media’s attention that a little black boy was the poster child for what some deem as a racist advertisement.  Now-a-days it doesn’t take long for brands to be affected by the engulfing fire that is social media.   Remember the Dove body wash video advertisement that caused quite the stir awhile ago?  The key demographic predominately disturbed by this marketing ploy was clearly young black millennials.  This growing generation of up and coming vocal activists have made strides in being represented online with effective hashtags like #blackgirlmagic.  It didn’t take long for the youthful black voices to be heard and even cause celebrities like Abel Makkonen Tesfaye (The Weeknd) to break ties with the fast fashion brand. 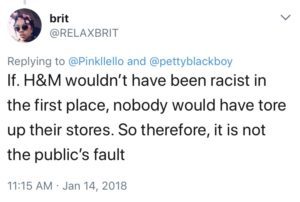 Several posts taken via Twitter show extreme anger and disappointment over the careless word choice.  The damage doesn’t stop online however, the protestors even went as far as destroying more than 17 stores in South Africa.  Protestors proclaiming that ,during times of civil rights, racists referred to black people as monkeys.  A sensitive matter which struck a nerve with many South Africans.  Rambunctious attacks on these H&M stores was brought to a halt by a stand-off with police, who began shooting rubber bullets at the protestors.  The Swedish based brand has now temporarily closed every store in South Africa due to the destruction.  They’ve issued the following statement:

“None of our staff or customers have been injured, we continue to monitor the situation closely and will open the stores as soon as the situation is safe again. We strongly believe that racism and bias in any shape or form, deliberate or accidental, are simply unacceptable. We stress that our wonderful store staff had nothing to do with our poorly judged product and image.” 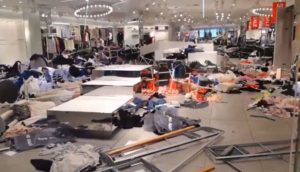 One major aspect we can take away is how clearly H&M missed the mark arguably due to a lack of representation.  Judging by the photo seen above the “higher ups” (H&M’s board of directors) don’t include what they so desperately needed—A black person in power!

That’s because too often than not African Americans aren’t represented in these major influential fashion positions.  According to an article by Business Of Fashion less than 2% of key roles such as creative director, head of marketing, artistic director, etc are occupied by African Americans.  Besides dropping numerous merchandise prices by 80% and issuing the typical statement of apology we are waiting for a serious implementation of change.  Wise word of advice to H&M you could’ve saved millions by switching to black representatives, literally.