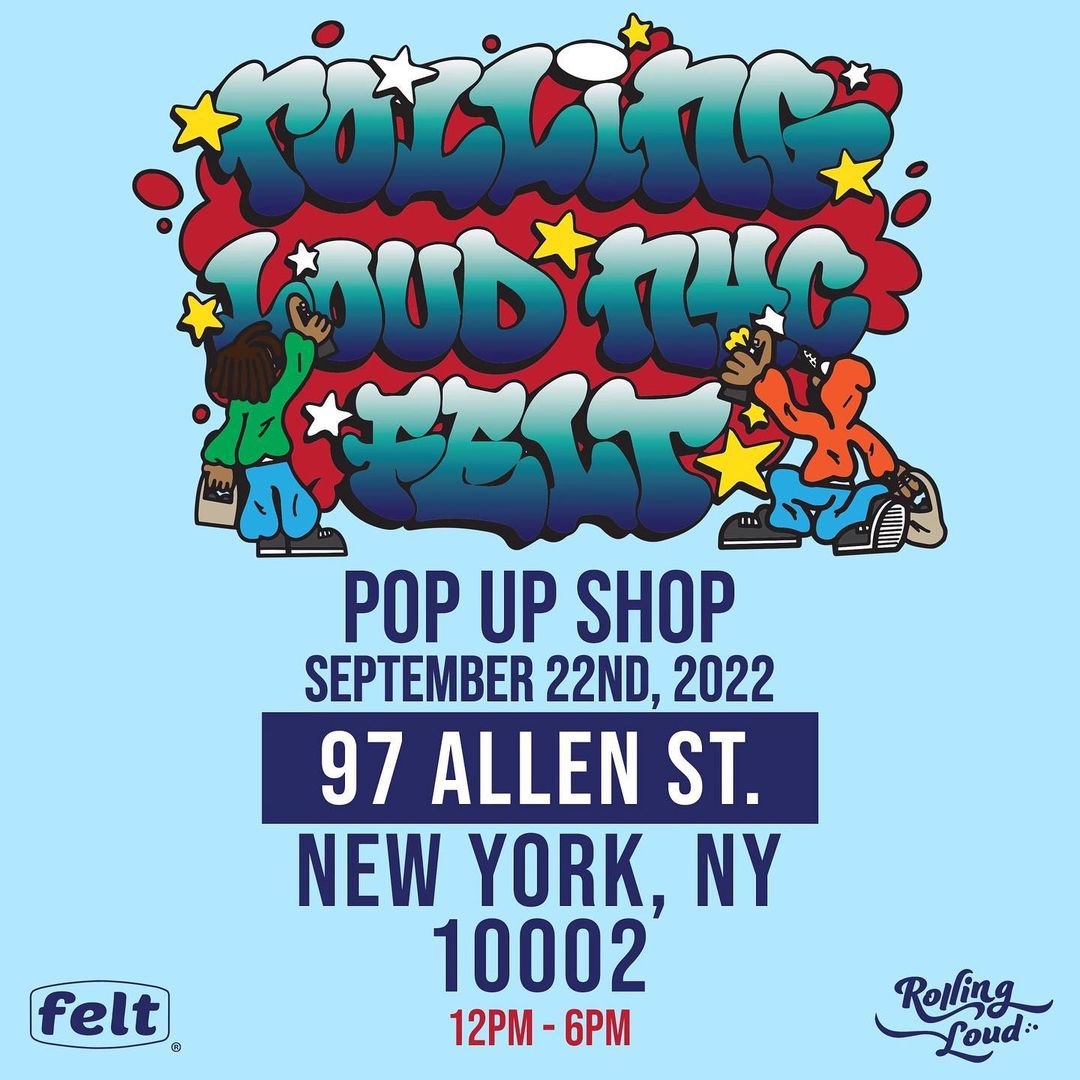 Among the most interesting items is a hand painted denim jacket, created as an ode to the DIY roots of hip hop clothing and graffiti culture. Limited to 300 pieces only available during the NYC show, this piece is a stand out collectible. The Rolling Loud team continues to elevate its festival merch and push the boundaries of modern fashion with seasonal pieces like the classic letterman jacket, featuring heavy chenille embroideries, and a vintage baseball jersey, inspired by the Brooklyn Dodgers, with matching shorts. The NYC assortment also includes a snowmobile-inspired fall/winter jacket and a leather motorcycle piece, as the design team expands further into outerwear. Fans from New York and beyond will find the cities most iconic elements from Pizzerias to public transit incorporated into this year’s collection.  Bunny’s Bae Bar will also offer exclusive merch, including a crop-top hoodie and a matching pair of shorts. Check out the full complement of merch at shoprollingloud.com, including “Throwee” resort wear, bomber and letterman jackets, a hockey jersey, and much, much more.

NYC merch is available to purchase on the festival grounds and at Rolling Loud’s online merch store.

In addition to the merch available online and at the festival, Rolling Loud announces a new collaboration with NYC-based brand For Every Living Thing. Rolling Loud and F.E.L.T. will host a pop-up shop this Thursday, September 22nd, at a pop-up shop at 97 Allen Street in the Lower East Side of Manhattan.