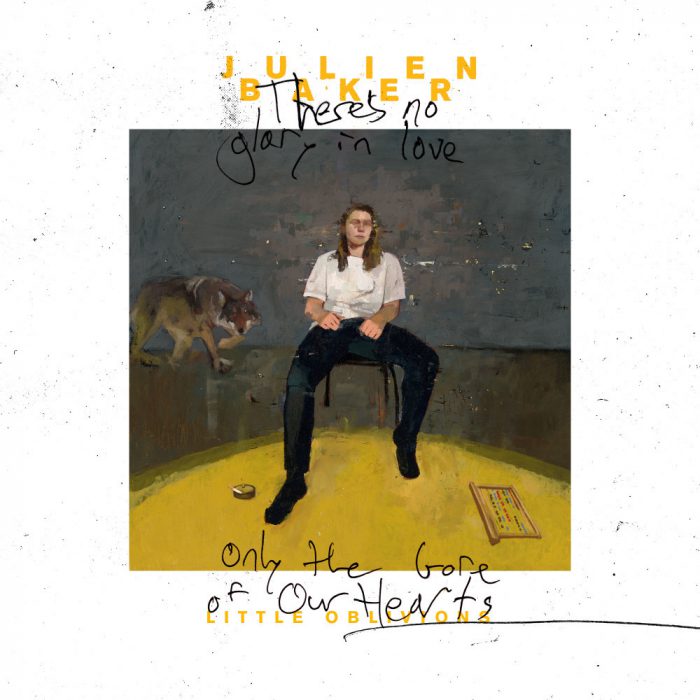 This is Baker’s latest work since she teamed up with Phoebe Bridgers and Lucy Dacus to form supergroup Boygenius. The band released their self titled ep consisting of 6 songs in 2018.

The album cover of Little Oblivions depicts a painting of Baker sitting in a chair, next to a wolf. Written on the cover is, “There’s no glory in love, Only the gore of our hearts.” The cover also has Baker’s face blurred out.

Baker delves into loneliness and doubt, specially the doubting of christianity, in this record. While she still believes in a god, she sees flaws in the Christian church.

Baker also delves into her struggles with addiction and her recent relapse. “Faith Healer” explores the difficulties of remaining sober.

“Everything I love, I’d trade it in to feel it rush into my chest,” sings Baker.

She comes from a christian background and grew up in the church. While she was accepted by her church when she came out, she also struggled with addiction as a teenager.

Little Oblivions is a reflective album, filled with poignant lyricism. Baker’s lyrics have always stood out, but she’s taken her abilities to new lengths on this record.

“All my greatest fears turn out to be the gift of prophecy…While every night I reenact the same recurring dream,” sings Baker on “Repeat.”

Since the release of this record, she has played for “CBS This Morning” and “Late Night With Seth Meyers.”

In an interview with KEXP Baker said the title of the record refers to “The substances we use, the escapist mentalities we have, the negative coping mechanisms — these are all ways we create little, tiny oblivions in our head because reality is difficult and painful.”