Houston Rapper 15.Teeen Links Up With Monaleo On “No Topic” 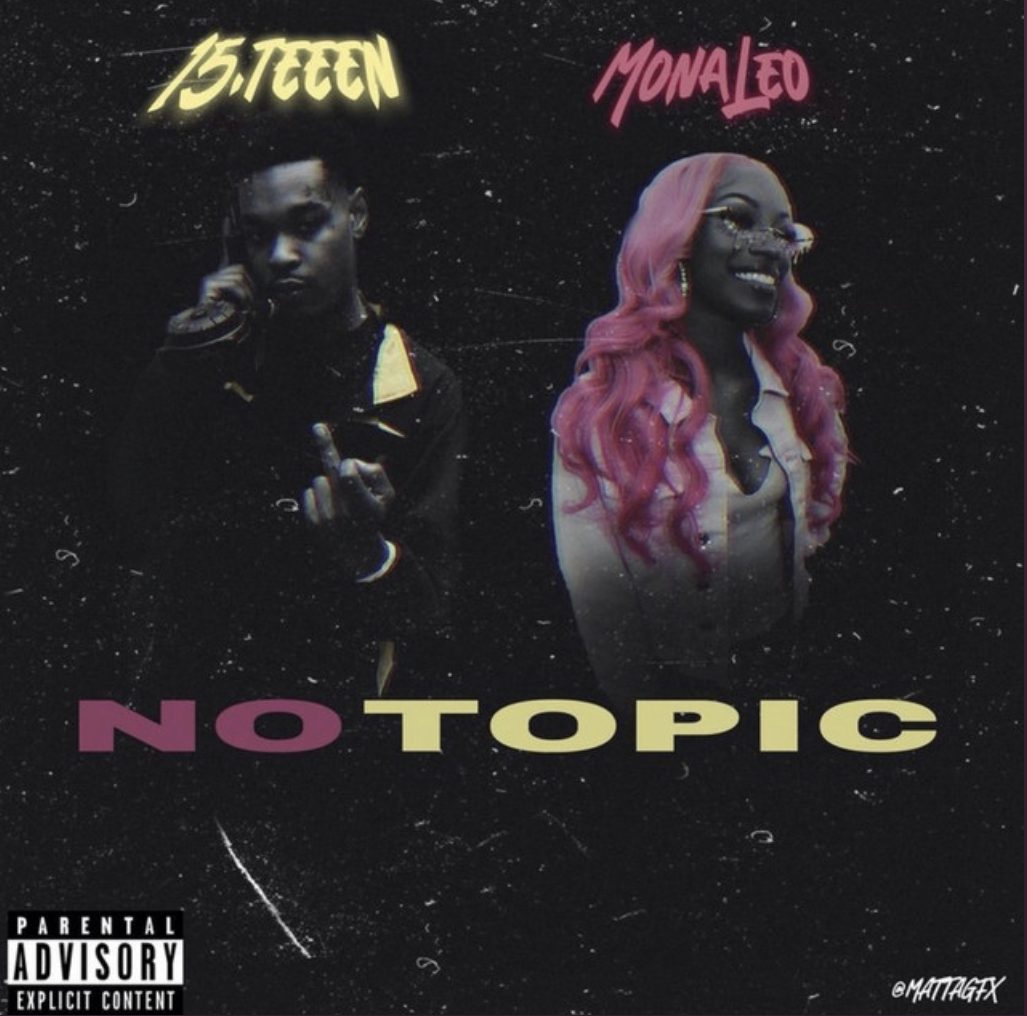 Houston Rapper 15.Teeen Links Up With Monaleo On “No Topic”

On June 25, emerging Houston rapper 15.Teeen, released “No Topic,” a collaboration with rising artist, Monaleo, known for her breakout single “Beating Down Yo Block,” a song that made her an artist to look out for.

“No Topic” is a gritty, real, and energetic track that points to 15.Teeen’s raw potential as an up-and-coming artist, incorporating hard-hitting beats and fast-paced lyricism. Though he represents Houston, Texas, his flow and upbeat style is reminiscent of Chicago artists such as Lil Durk, Only The Family, and the late great King Von.

In the beginning of the song, he suggests that he can hop on a song and start rapping with no topic at all. This is not only a hint at the theme of the song and his skill, but also somewhat of a witty paradox, as the song having no topic is actually the topic itself.

On “No Topic” Monaleo’s verse is short but bold. It perfectly matches 15.Teeen’s energy with fierce, uncompromising bars, showing that she takes her craft very seriously. She leads with the same ferocity that she had on her other song, “First Draft Pick,” in which she describes the perfect partner that she wants, the cream of the crop.

Though 15.Teeen currently has no other music on streaming platforms besides his latest single. His YouTube channel, “Tre R 15” (possibly his previous stage name) has several songs, music videos, and freestyles that showcase his lyrical abilities and talent. At the moment, his most popular video is called “Nike,” a song made over a year ago which has racked up around 14,000 views thus far. Nike is a fun, hype track, with a very bouncy beat and flow. Furthermore, he is constantly previewing snippets of unreleased music from his Instagram account, letting followers and peers voice their honest opinions on his sound.