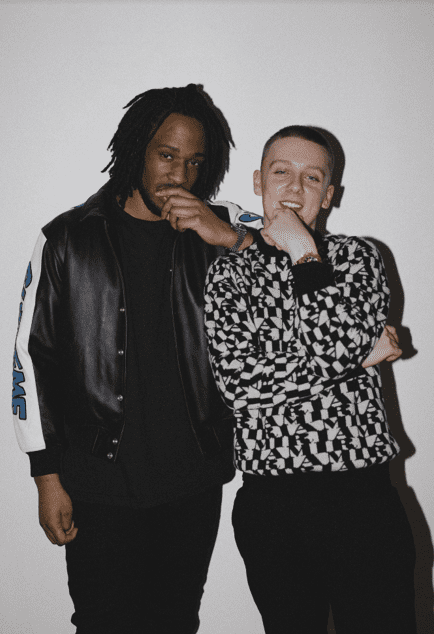 Manchester’s Aitch jumps into the studio with Tottenham lyricist Avelino for his newest release “Party Round My Place” – out now via Capitol Records / 10K Projects. Collaborating once again with “Strike A Pose” super-producer Toddla T, the trio have crafted the ultimate post-lockdown party tune. KC Locke is back to direct another Aitch music video, showing the two artists hosting the only house/pool party you’d want to attend this season. “Party Round My Place” will feature on the FIFA 2022 soundtrack, out October 1st.

The new release follows Aitch’s cheeky recent “GSD” freestyle and the massive summer smash “Learning Curve” which has amassed over 5.5 million video views. 2021 is shaping up to be a meteoric year for the Manchester star – with Aitch fronting campaigns for LYNX & Relentless and making a triumphant return to the stage at this year’s Reading & Leeds Festival. Aitch delivered a powerful spoken-word piece ahead of the UEFA 2020 final which was seen by over 8 million people, and recently appeared in England’s starting 11 for this year’s Soccer Aid for UNICEF.

In just three years, Aitch has soared from underground rapper to chart-dominating, platinum-selling, BRIT Award-nominated household name. Standing at the vanguard of a fresh wave of talent from Manchester, Aitch weaves wit, humour and confidence through each of his high-octane releases. Hopping on tracks with the likes of Stormzy, Ed Sheeran, AJ Tracey, Stefflon Don and Headie One, Aitch has racked up over 1 billion global streams and over 5 million worldwide record sales.