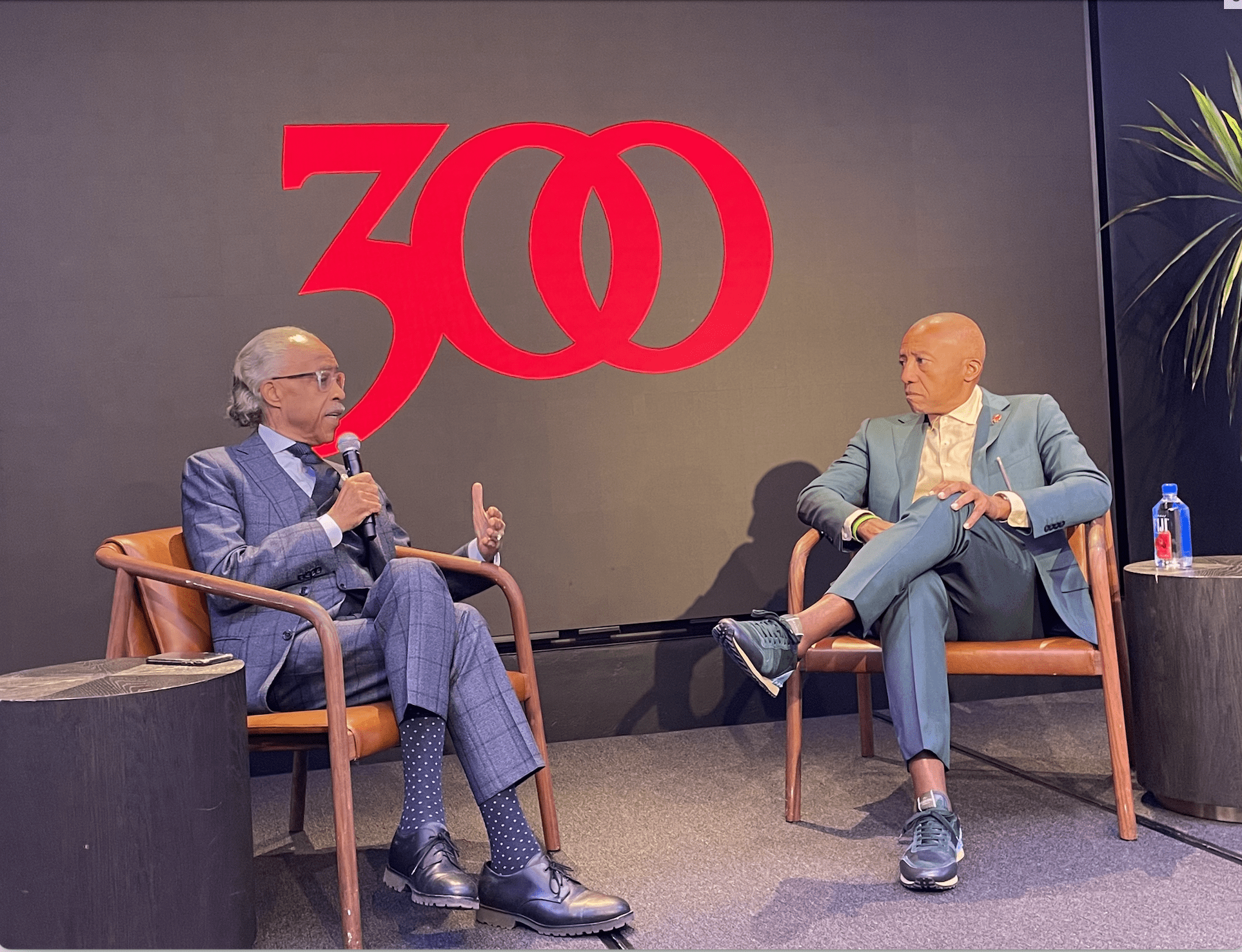 The Reverend Al Sharpton and 300 Entertainment founder Kevin Liles had a conversation about Black Music Month, Juneteenth, and protecting Black art at the NASDAQ Marketsite in New York on June 24th.

The conversation between Sharpton and Liles wove together their career paths and their experiences as Black men in predominately white industries. The talk was celebratory, inspiring, and left listeners audibly reacting to their nuggets of wisdom.

The Reverend told stories about his mentor and father figure, James Brown. Music played a large role in Sharpton’s rise to notoriety and his word being spread far and wide. Liles shared that music saved him from his hometown in Baltimore where he was “more likely to be a drug dealer or a football player.” Seeing other successful black men in music also proved to him that there was more out there than his neighborhood had to offer.

Liles recalled seeing Russel Simmons, co-founder of Def Jams Records, on the cover of Black Enterprise and thinking, “Oh, we can do that? We can have an HBCU hoodie on, sitting on top of a Rolls Royce, and they’re talking about a 34 million dollar rap business?”

Both speakers urged young Black people in the music business to think about “giving back” and being good leaders and teachers for the next generation in the music industry. “You’re here to serve. You’re here to give back. With success comes responsibility” repeated Liles.

Most importantly, Liles and Sharpton reminded everyone that the fight for equality is never over, and to beware of becoming complacent. “We can’t think that just because they gave us a holiday of a month that the job is done. If you’re not celebrating freedom or being an activist for freedom everyday, you’re not doing your job. Together as a people, we are better.”