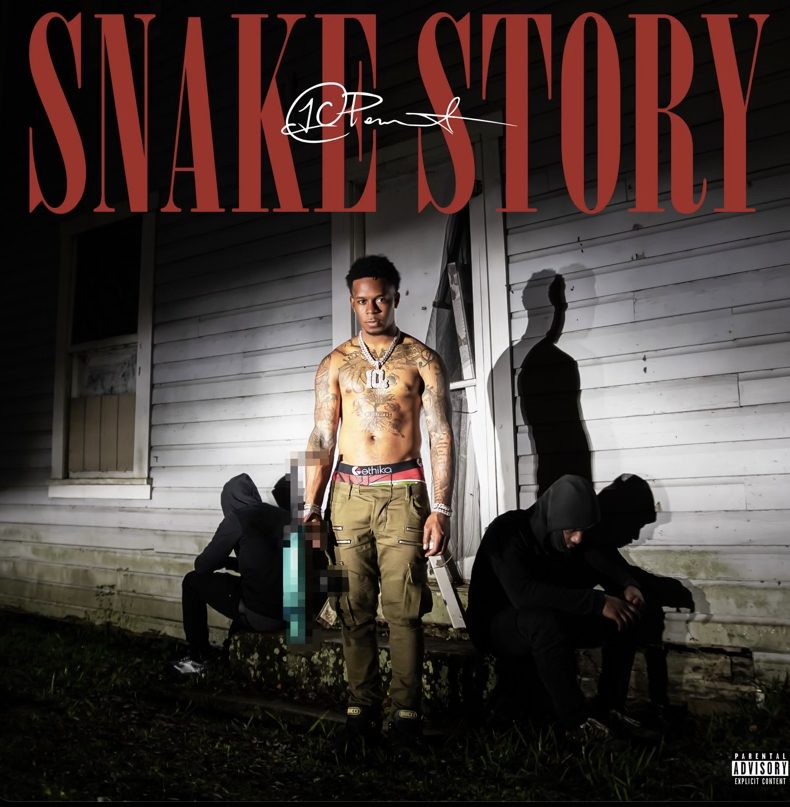 The betrayal of a close friend can change a person’s mindset and rapper 10Percent can relate to this. He lets his listener hear the story of his close friend backstabbing him on his new track, “Snake Story”.

The track’s thumping bass drums grab the listener’s attention from the song’s first second. The song  is less than two minutes long. Nevertheless, 10Percent uses this time to visualize his close friend’s betrayal through his detailed lyrics.

The rapper recollects being woken up early in the morning by a knock on his door. He picked up his handgun, but abandoned it for a fully automatic firearm. When he opened his door, he saw two men with black hoodies creeping around to the back of his house. They were not wearing mask so 10Percent knew that they were coming to kill him.

10Percent followed them as they went through the back door and once he confronted the two men, they dropped and surrendered. The rapper recognized one of the men and demanded for him to take his hoodie off. When the man was reluctant, 10Percent called his friend and the man’s phone began to ring.

The visuals for the song portray the entire encounter. After 10Percent realized who the man was he rapped about how he shot his accomplice and in the video he does just that. His determination to talk to his former friends allows for the two men to get away.

10Percent recently signed to rapper Yo Gotti’s CMG label. He had a verse on Yo Gotti’s song “Dolla Fo’ Dolla” which introduced music fans to his unique flow. The rapper will hopefully keep his momentum and release more music throughout the remainder of the year.