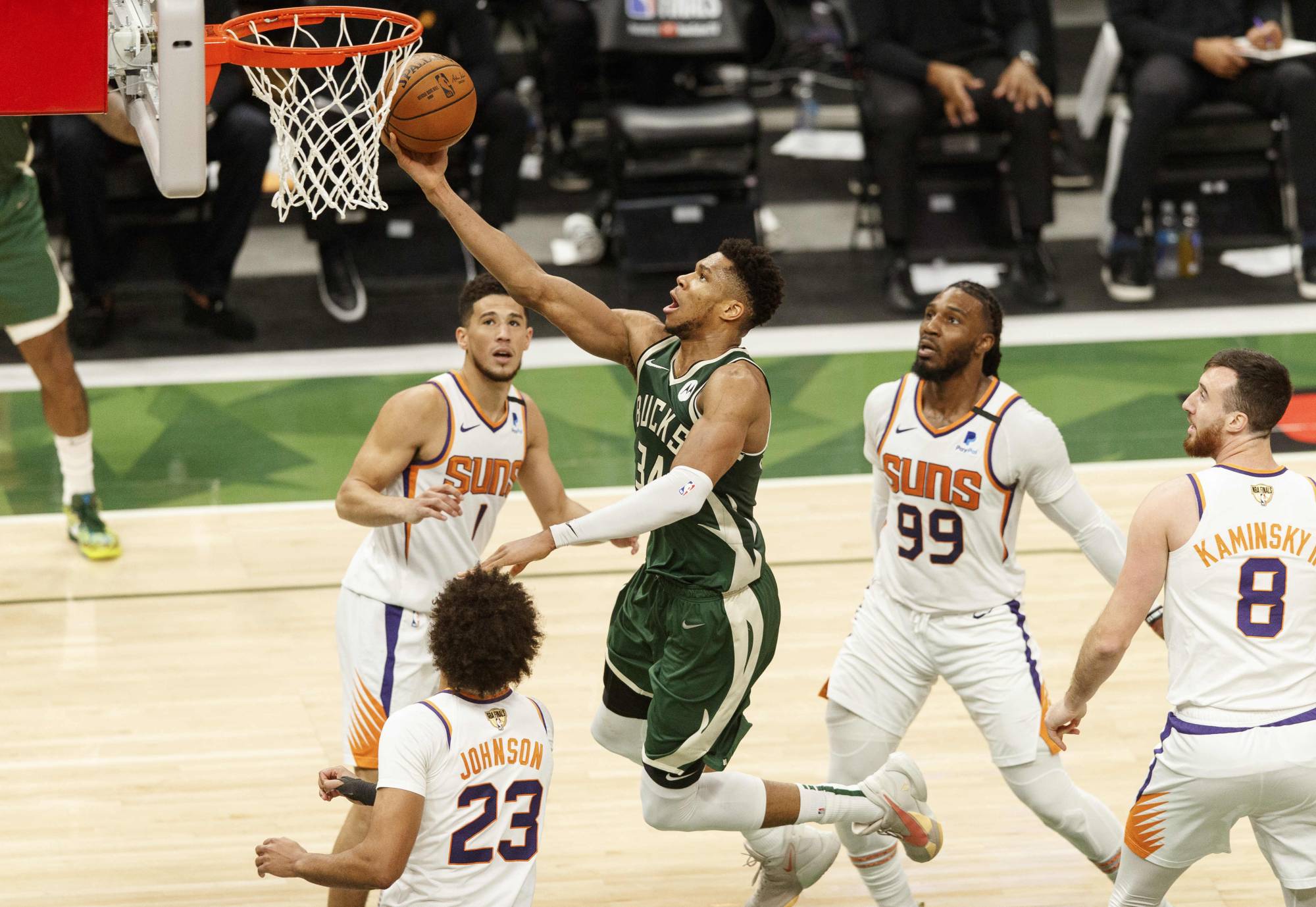 NEW YORK, NY_. In another historic night for the 2021 NBA season, the Milwaukee Bucks claimed their first game in the NBA Finals.  With a 120-100 win over the Phoenix Suns on Sunday night, the Bucks have inched closer to the Larry O’Brien trophy.  This win came at a crucial time, as the Bucks were a loss away from being down 3-0, a series lead that no team has ever overcome in the NBA.  The Bucks have one player to credit this game to, and it’s their two-time MVP Giannis Antetokounmpo.

Throughout 38 minutes of gameplay, Giannis scored 41 points, collected 13 rebounds, and dished out 6 assists.  This 40+ point, 10+ rebound performance is not abnormal for Giannis.  Reaching this mark for back-to-back games, Giannis becomes the second player ever to accumulate 40+ points and 10+ rebounds in back-to-back NBA Finals games, according to ESPN.  Giannis joins arguably the most dominant center of all time, Shaquille O’Neal, as the only other person to achieve this.

With most of the credit going to Giannis, a lot Bucks had very good games to be noted.  Jrue Holiday collected 21 points and 9 assists, all while having the best +/- on the team, +22.  The Bucks’ second star, Kris Middleton, also added 18 points and 7 rebounds.

The Phoenix Suns, however, had a rather underwhelming game.  No player on the Suns reached 20 points, and no player had a positive +/- for the game.  Phoenix’s young star Devin Booker had arguably his worst game of the playoffs, with only 10 points on 3/14 shooting.  In game four, NBA Fans should expect a bounce back game for Booker and the Suns.

In a must win game for the Bucks, it became evident why Giannis is a two-time MVP, and the Bucks undeniable leader.  With game four of the NBA Finals set for Wednesday in Milwaukee, the Bucks will look to even up the series, while the Suns will look to bounce back to take a 3-1 series lead.