Every Movie Coming To Netflix On August 1st 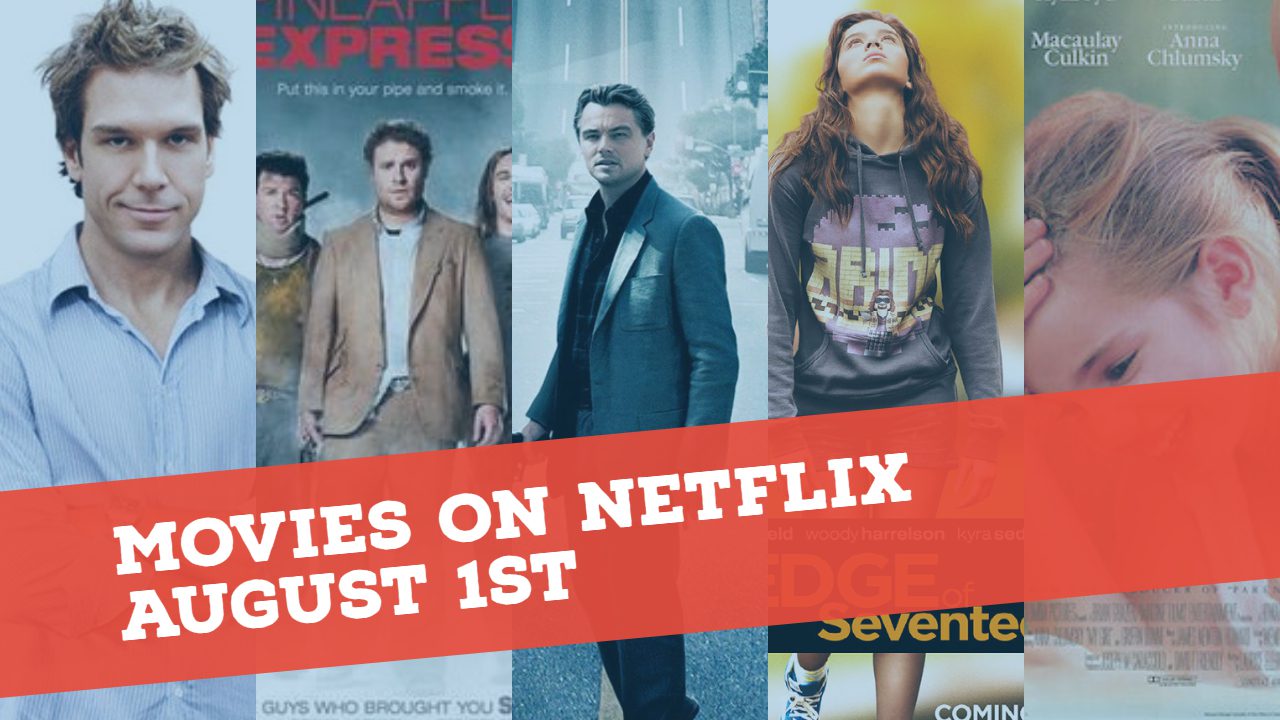 Every Movie Coming To Netflix On August 1st

The film directed by Christopher Nolan features a star-studded cast including Leonardo Dicaprio, Elliot Page, and Joseph Gordon-Levitt. It follows a thief that uses dream-sharing technology in order to steal cooperate secrets.

A process server (Seth Rogan) and his marijuana dealer (James Franco) witness his dealer’s boss murder a competitor. Now they are on the run from hitmen and the police.

Another iconic Leo movie on the list; the movie is directed by Steven Spielberg and stars Tom Hanks. Leo plays 21-year-old Frank, a talented conman who is being tracked down by the FBI.

An animated film that follows the Old English poem of the same name.

A high school class clown is determined to have a day off, despite how many rules he must break. This comedy cult classic stars Mathew Broderick, Alan Ruck, and Mia Sara.

The teen drama follows two teenagers who meet in a hospital during their treatment for cystic fibrosis. However, due to the nature of their disease they cannot come into physical contact with one another.

Charlie Logan is cursed. Sleep with him once and the next guy you meet will be your true love. Charlie must now try to break this curse in order to keep the woman of his dreams from falling for someone else.

The film stars Tom Cruise, Jason Robards, and Julianne Moore and their characters attempt to find love, forgiveness, and meaning in the San Fernando Valley,

The family comedy movies follow Vada as she is on the brink of her teen years. Her life gets turned upside down upon meeting an unlikely friend.

A St. Bernard becomes the center of attention for his loving family but must avoid a veterinarian and his henchman who have the tendency to steal dogs.

A comedy that follows a group of women who lead a cheer squad from their retirement home.

The true story of Seabiscuit, a depression-era racehorse who despite his small size went on to win numerous races.

Nadine’s high school life gets even harder when her best friend begins dating her older brother.

Clint Eastwood portrays a retired engineer who is called to rescue a falling satellite. However, he insists on bringing his old crew; a group of just as old and retired men.

The Haunting in Connecticut 2: Ghosts of Georgia (2013)

The movie takes place in a historic Georgia home. The new residents, a young family, quickly learn they are not the only ones living there.

A wealthy man’s lawyer starts to believe that his client is guilty of more than one crime.

After being betrayed and left for dead by their superiors, a CIA special forces team begin an offensive on the CIA.

Christain Bale plays an industrial worker who has not slept in a year due to his own insanity.

The film, starring Sandra Bullock, follows a computer programmer who comes across a conspiracy. She finds herself and her loved ones in grave danger.