The windmills of Holland, or the Netherlands, are a unique and special part of the European wetland. For those confused by the seemingly interchangeable nature of Holland and Netherlands both referring to the same country, it is actually Netherlands that is the more official or correct name. Holland refers to the provinces of Noord-Holland and Zuid-Holland, where Amsterdam is located. 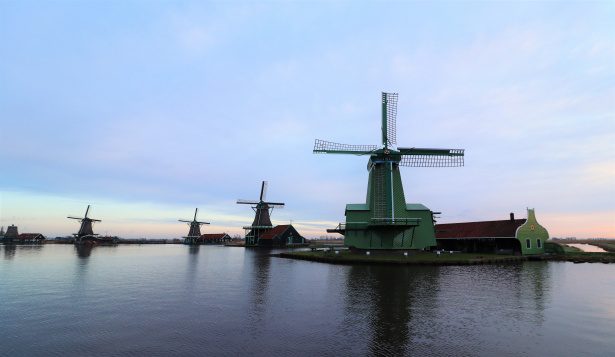 In the Southern side of Holland, the city of Schiedam is a prime spot to go to visit the famed windmills. About an hour by car from Amsterdam, the five biggest windmills in the world are located in the city center alone. There are over 1000 windmills in Holland alone, and some of them are still active to this day. Though they are a unique and interesting sight to see, they do have a practical use. Windmills are usually associated with agriculture due to their natural practicality in the fields, but in the Netherlands, they served an extremely crucial purpose.

It is a well known fact that Amsterdam was built atop wetlands, thousands of stilts holding the city up on its clay-based underside. The reclamation of land in the Netherlands has taken place over the last 700 years is an expressive feat, and the windmills as a pump system played a part in that. Pumping water out of the lowlands and into the designated river systems was important so the land could be farmed, and using wind power was one of the few options farmers had back in the 1300s. 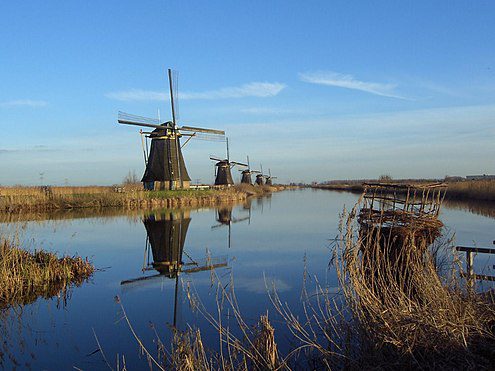 Nowadays, most people online agree that Kinderdijk is one of the best spots to go to visit the windmills. The site of the windmills itself is actually recognized as a national monument and World Heritage Site by UNESCO. Going to see the windmills is generally described as a peaceful and a relaxing experience, albeit a tad bit windy. When visiting Amsterdam, aside from the city itself and the fields of flowers, the windmills are a must see and worthy trip if you’re looking for a peaceful morning.

Forget Drive-In Movie Theaters, Watch a Movie on a River!

A 360° Virtual Tour of Buckingham Palace

Drive In Concert, Karaoke and More in Brooklyn! The Event You Don’t Want to Miss!