Skydiving is a reoccurring activity found on most people’s bucket lists, but the question when it comes to the prospect of skydiving is: “Where should I skydive?” Many lists have been compiled about some of the top spots, and many include New Zealand, the USA, and even Dubai. I can’t exactly speak for any of those places, but after researching, I found one spot that appears almost every time without fail, and that is Interlaken, Switzerland. The fantastical dreams that Fox Glacier in New Zealand or Dubai in the UAE inspire are brilliant, but what I can speak to is the breathtaking view that Interlaken offers.

Located in the Bernese Highlands region of the Swiss Alps, Interlaken is nothing if not a destination of bountiful activities. Sandwiched between two glistening lakes, the town allows for a day to be satisfied by taking a simple morning walk. Between the lakes, the mountains, and the great blue sky, it is quickly apparent that the sights are among some of the best. It becomes obvious that skydiving here should be a no-brainer. During my short stay in Interlaken, I decided that I would throw my hat in the ring and be able to speak to one of the most highly regarded spots. 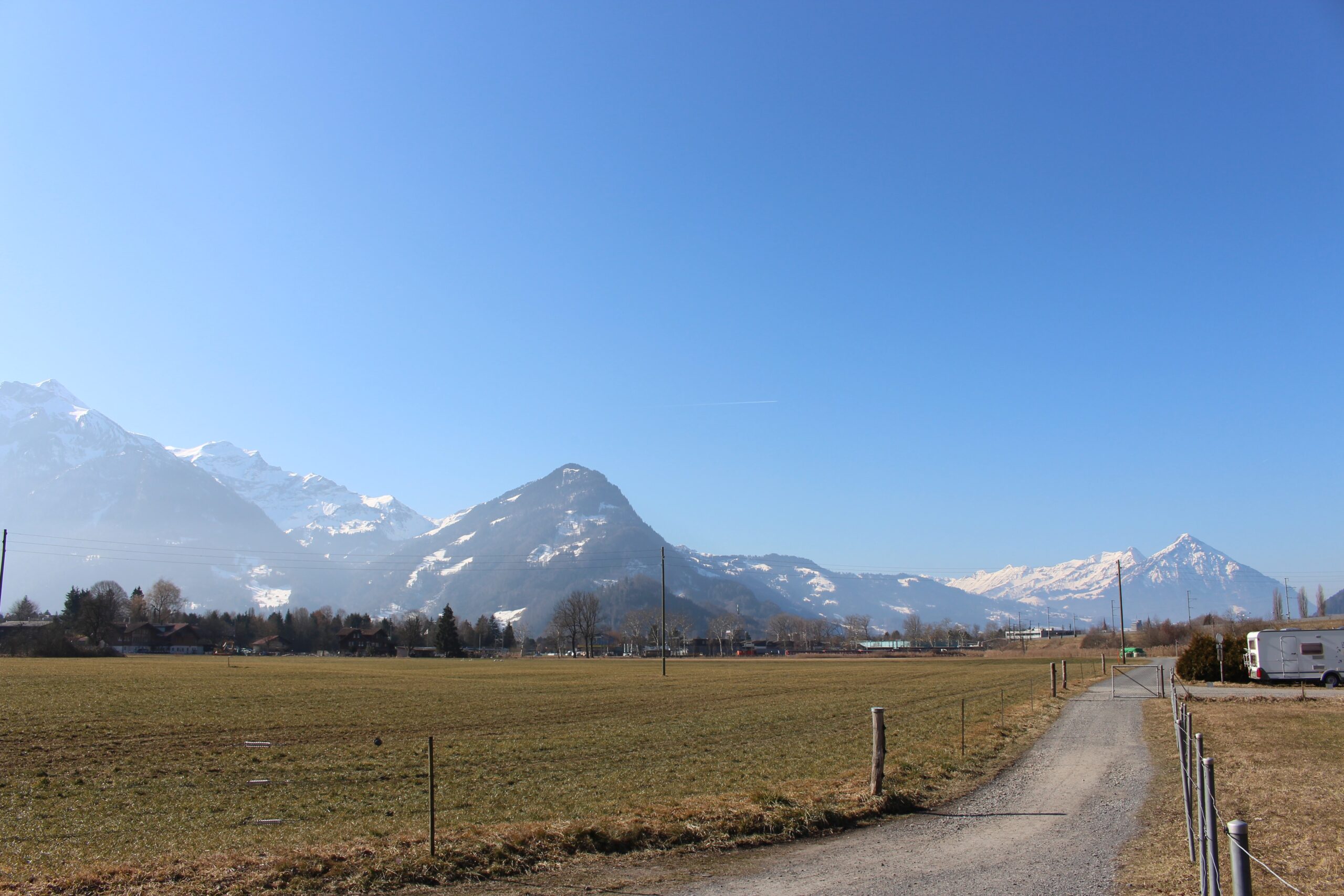 Generally, the deciding factor in whether or not someone wants to skydive is the fear of death. If it is too nerve racking, some will back out.  The night before I went skydiving was when I experienced the greatest levels of anxiety. As I got closer I strangely experienced less fear because there were fewer chances to turn back. After waking up on the morning of the jump, I awaited a bus to take me to a small airport. I equated my ride to Charon carrying souls across the river Styx, enjoying the final views of Interlaken’s lakes as I journeyed to the airport. 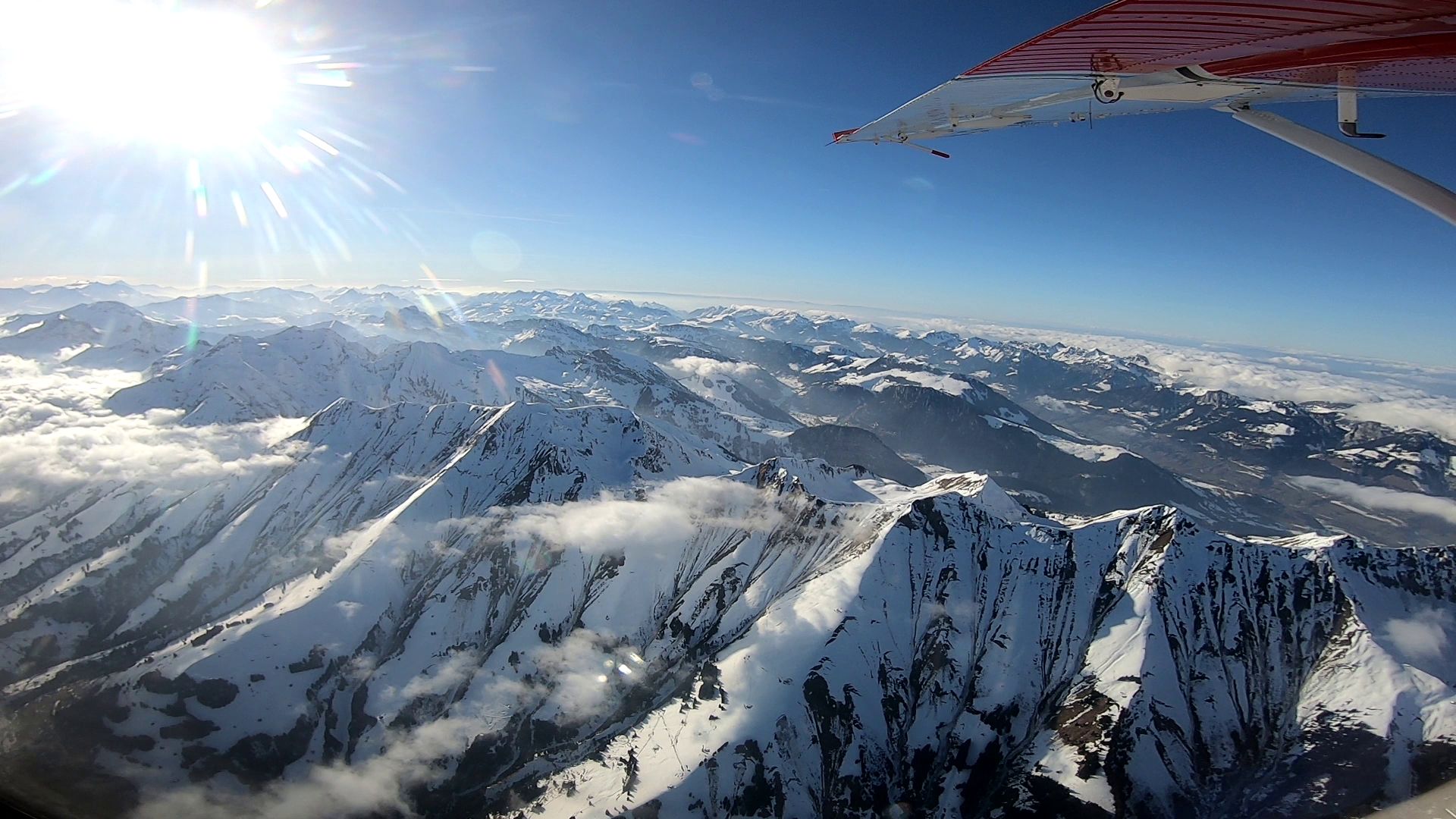 Thanks to Skydive Switzerland I got a run through of how the adventure would operate. My skydiving instructor taught me about the safety precautions they take on a jump. Going in tandem allows for a trained professional to act as one reassuring component, but on top of that there’s a backup parachute and a computer that can deploy another chute if all else fails. I felt reassured and the fifteen minute flight took me up to 13,000 ft to jump.

Jumping to the most important part, launching from the airplane is an invigorating feeling that’s tough to forget. In an instance my peripheral opened to take in the curvature of the Earth. The Swiss Alps’ famous peaks pierced the clouds below me, Interlaken’s lakes stared up at me, and I could see more than I had ever before. The ground rushed toward me at 120mph and I fell for 45 seconds until the chute was deployed and I glided downwards for the final few minutes. In simple terms taking in the view of Switzerland was unreal. The moment of launch was mind-bending, shifting my vision into what felt like another set of eyes. There might be other good spots to jump, but if you’ve looked at the lists of great jumping spots and saw Interlaken, the descent from 13,000 ft with the mountains below is unregrettable. It’s safe and the professionals at Skydive Switzerland were so friendly and warm. I highly recommend Interlaken being your destination of choice if skydiving is in mind for that alone, but it’s also amazing for those who appreciate the great outdoors, skiing, and chocolate. 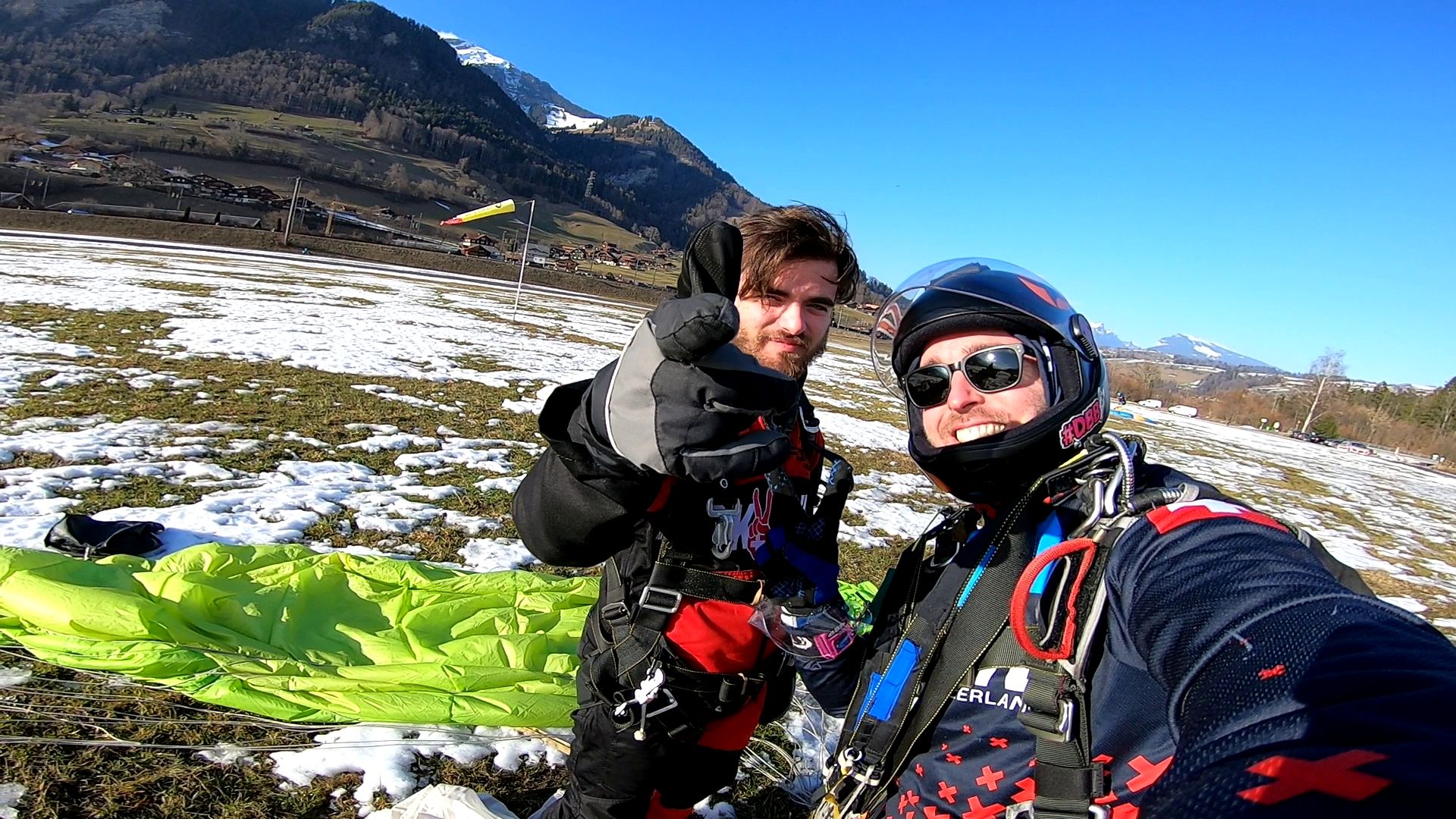 Forget Drive-In Movie Theaters, Watch a Movie on a River!

U.S. Citizens Are Still Banned From Traveling In The European Union

Traveling Without the Filter

Florence: Dinner on the Arno