What’s Wrong With the Mets? 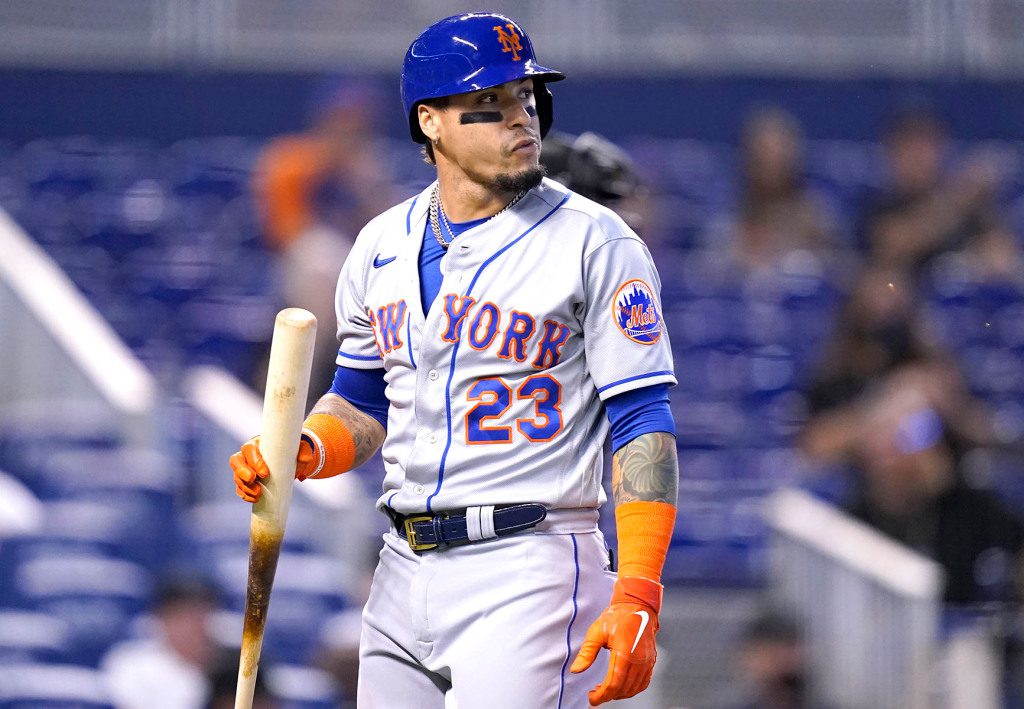 What’s Wrong With the Mets?

NEW YORK, NY_. Two weeks before the All-Star break, the NL East seemed to have a solidified top team:  the New York Mets.  The Metropolitans were sitting pretty at that top spot, at one point reaching 4.5 games ahead of the Philadelphia Phillies for the division crown.  That’s when my girlfriend and I decided to attend a New York Mets Saturday game, which turned into a doubleheader against what seemed to be the Mets’ toughest competition this year: the Pittsburgh Pirates.  Did our attendance lead to poor performance since then?  Probably not, so what is actually going wrong with the Mets?

The Mets have seemed to steer off course since then.  With injuries to key players like potential Cy Young Jacob deGrom, Brandon Nimmo, Francisco Lindor, and others, this team has yet to have their team at full potential.  All of these injuries forced the Mets into going out and acquiring a new bat in the trade market, Javier Baez.  Baez, a former MVP runner-up, is someone who was expected to make a serious impact on an offense that has produced some of the worst offensive numbers in the league.  But if last night, and his 5 strikeout performance, wasn’t a tell-tale sign to how the year is going for the Mets, then I wouldn’t know how else to describe it.

Over the last ten games, the Mets are 3-7, one of the worst stretches of the season.  The Atlanta Braves, only 1.5 games back, and the Philadelphia Phillies, only .5 games back, are catching up quickly.  With a Mets-Phillies series beginning tonight in Philadelphia, there seems to be a lot at stake.  If the Mets can win the series and take two out of three games, they can continue to hold their top spot and possibly ride the momentum to the following upcoming series.

If the Mets offense can wake up, this series can be won over the Phillies.  Most importantly, I will not be attending any more games, for superstitious purposes.