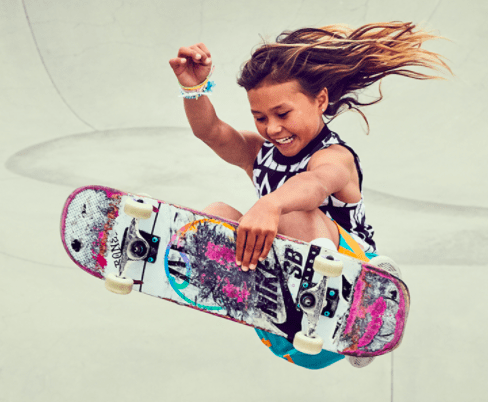 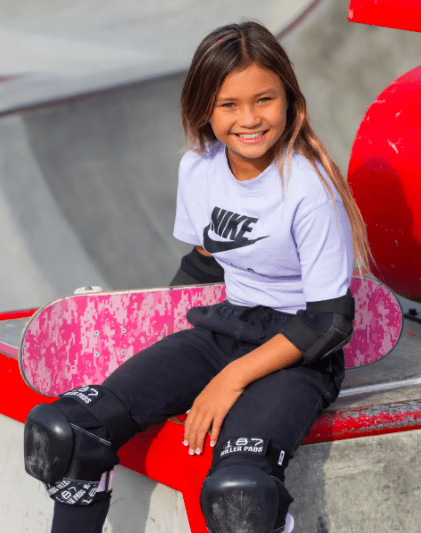 Brown competed in the Vans U.S. Open at age 8, making her the youngest athlete to have ever competed. She also competed and came in second place at the Asian Continental Finals. In March 2019, she became a member of the British Skateboarding Association, announcing that she would compete for Great Britain instead of Japan, her birth country.

She has continued to make history and does not plan on stopping. In 2019, she placed third at the World Skateboarding Championship. She landed a frontside 540 at the X Games and came in fifth at the X Games skateboarding event. Brown placed third at the 2020 Park World Skateboarding Championships in Brazil and continued competing in hopes to earn a qualification at the 2020 Summer Olympic games that were postponed due to the COVID-19 pandemic. 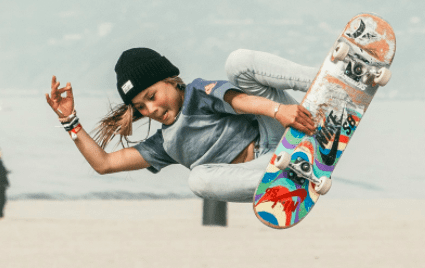 Whilst training for the Olympic qualifiers in California in May of 2020, Brown fractured her skull and broke her left wrist and hand in a horrific half-pipe fall. She was unresponsive upon arrival to the hospital, but luckily recovered and remains hopeful for the opportunity to qualify and compete in the Tokyo olympics.

Beyond her athletic accomplishments, Brown is also the youngest athlete to have a sponsorship from Nike and the youngest sponsored athlete in the world. She won Dancing With the Stars: Juniors in 2018 and is also a skilled surfer.

Brown has been involved in charity work in Cambodia with the Skateistan skateboarding project, an initiative to combine skateboarding with educational objectives. This organization uses the influence of the sport to combat violence against women and girls as well to help fight gender discrimination.