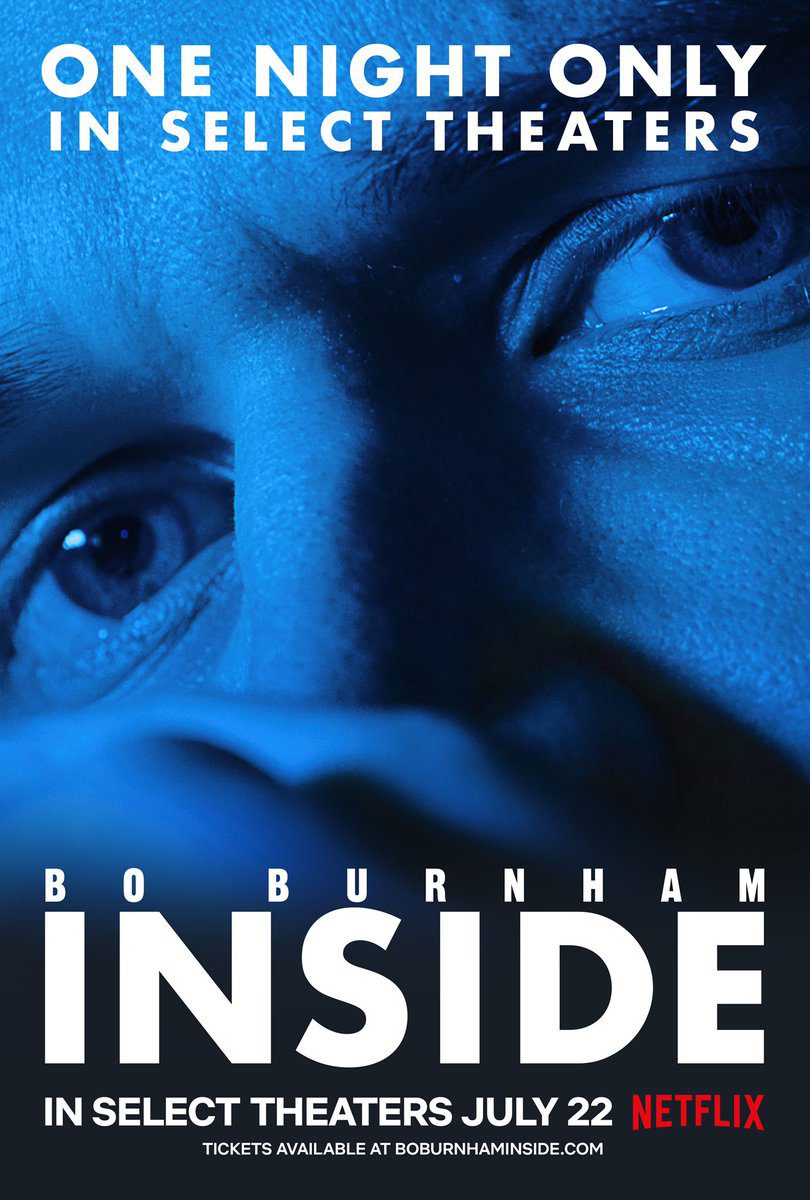 Bo Burnham has announced that his Netflix special Inside will be in select theatres on July 22nd. This is exciting news for fans of the comedian who may not have Netflix or those who would like to see the cinematic masterpiece on the big screen. Due to the popularity of the film, Bo Burnham has Tweeted that he will be adding even more screenings and theatres to the list.

If you are unfamiliar with the special check out the trailer below:

The special was first released in May. Burnham wrote, filmed, edited, and directed the 1hr and 27min show completely on his own. It is a widly unique comedy special that features satrical songs as well as scenes of Bo editing and adjusting camera angles. It shows Burnham’s decline in mental health during quarantine. Many of the songs tackle senstive subjects like suicide, anxiety, opression, and his own problametic past. Inside was created during lockdown and is the product of the comedian locking himself inside a single room over the course of 2020.

The reviews from critics and viewers have been phenomal. Both the audience and critics have rated the special at a 94% on Rotten Tomatoes. The critic consensus stating: “A claustrophobic masterclass in comedy and introspection, Inside is a beautifully bleak, hilariously hopeful special from Bo Burnham.” While the audience consesus says: “A brilliant blend of sharp humor and emotional truth, Bo Burnham: Inside captures its moment with catchy songs and striking insights.” Though it’s been two months since the release the special is still on everyone’s mind. With that being said, it only makes sense that Netflix would provide audiences with a chance to see Bo Burnham’s Inside from outside of their homes.

If you can’t make it to theatres, the album is avaible on all streaming services. The songs “All Eyes on Me”, “White Woman’s Instagram”, and “Welcome to the Internet” are all posted on Bo Burnham’s Youtube channel for free.

Ticket’s and showtimes can be found here.