“The Kissing Booth 3”: The Teenage Train Wreck You Were Expecting 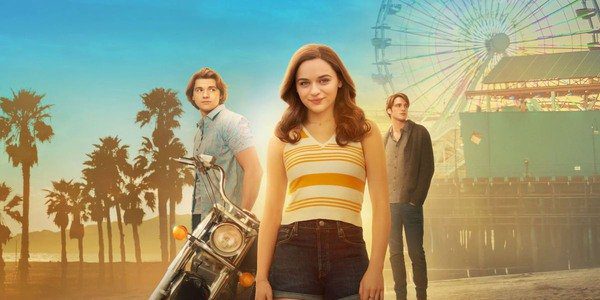 “The Kissing Booth 3”: The Teenage Train Wreck You Were Expecting

The Kissing Booth first came out in 2018 and it was a commercial success, despite critics considering it cliche and lackluster. The first movie followed the journey of teenage Elle falling for her best friend’s bad-boy brother, Noah. Since then Netflix has released two more Kissing Booth movies and completed the trilogy based on the books by Beth Reekles. The third and final movie was released on August 11, 2021, and is well, exactly what you’d expect.

It starts off strong with Elle deciding once again between boyfriend Noah and best friend Lee. This time she is stuck between going to Harvard with Noah or UC Berkley with Lee. The most frustrating part about this is the fact that Elle doesn’t base her decision on what’s best for her. Instead, she spends half the movie worrying about which brother she’s going to upset. Ultimately, she decides on Harvard which of course upsets Lee. Even though he’s supposed to be her best friend he is unsupportive of any decisions that may inconvenience him: which completely goes against rule number 18, “always support your besties success.” I mean, Elle got into Harvard, that alone is something worth celebrating.

It’s unclear which of these characters you’re supposed to sympathize with. All three of them have the tendency to act selfish and unempathetic, which results in more drama. None of them understand boundaries in relationships. During The Kissing Booth 2, we first met Marco and Chloe. Marco was the new guy at school and became Elle’s competition dance partner that she also ended up kissing. Elle believed that Noah was cheating on her with her new friend Chloe, which lead to her conflicting feelings for Marco. Now, in the third movie, these two characters reemerge to cause new drama. When Noah explains that he is uncomfortable with Elle being in contact with Marco due to the fact they kissed, Ellen shuts him down and says he has to be okay with it because she is okay with him being friends with Chloe. While it’s easy to understand where she’s coming from she’s neglecting the fact that even though she had suspicions of him cheating, he never did. Her decision to allow Marco back into her life rightfully puts a rift in their relationship.

However, it’s hard to feel bad for Noah when he refuses to participate in what I consider the best scene of the movie, real-life Mario Kart. Noah’s too-cool attitude made me immediately root for Marco when he walked in dressed as the iconic Wario. But, Marco loses these brownie points when he punches Noah in the face after showing up uninvited to Noah and Lee’s beach party.

While Elle does cause a lot of her own problems, she is dealing with a lot which the other characters seem to neglect. Her father is dating again for the first time since her mother’s death. She is also working, caring for her younger brother, and trying to keep her friends happy. Lee and Noah should be focusing on trying to accommodate her busy life instead of putting all the burden on her. Once again Noah and Elle break up, and now Elle is left scared and confused since she already chose to attend Harvard with him. 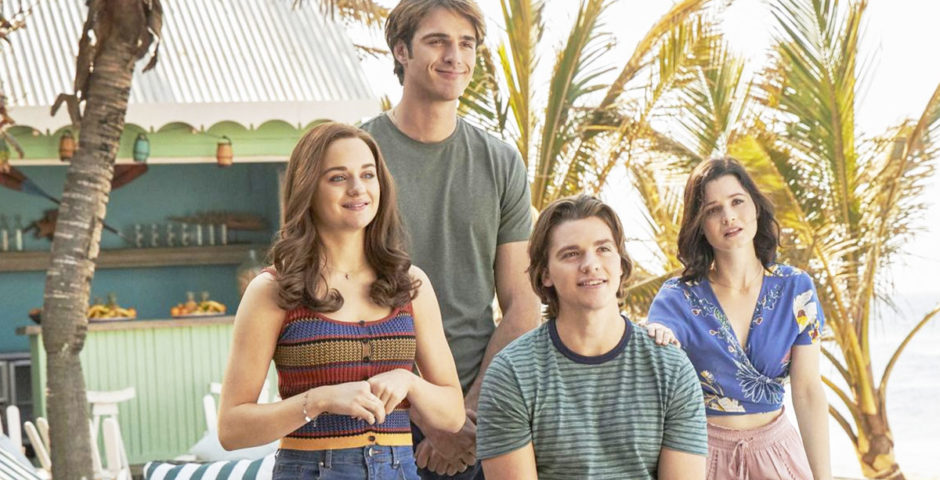 From Left to Right: Elle, Noah, Lee, and Rachel

Thankfully Mrs. Flynn speaks some sense into Elle towards the end of the movie and explains that the decision she’s making should be based on her own wants and needs. Like most teenagers, Elle finds that she has no idea what those are. Elle decides to take a break and figure out what exactly she wants to do in life. I think my biggest problem with the movie is the character development or lack thereof. Lee is still a spoiled and entitled child who can’t handle Elle having to make time for other people in her life, Noah is insecure and overly macho, and for some reason, Elle is still putting up with these two boys. There is a nice moment where Elle tells off Lee and explains how he’s never had to face the pressure she is facing due to his privileged life but it’s unclear if the point really gets across. But it is exactly what I expected going into it; teenaged drama that all wraps up in a neat little bow at the end. I will admit it is a satisfying end to the trilogy. But if you’re looking for anything other than surface-level emotions and drawn-out storylines, The Kissing Booth 3 is not for you. With that being said it’s a good light-hearted watch and doesn’t leave too many loose ends.