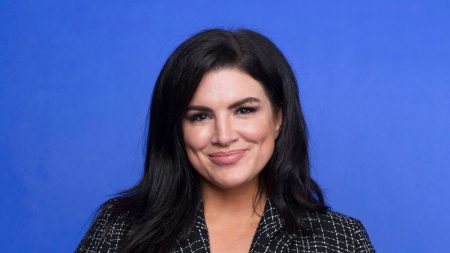 On Wednesday, Feb. 10, Lucasfilm announced that Gina Carano, who played Cara Dune in Disney+ show, “The Mandalorian,” would no longer be working with the company. This is due to offensive political comments made on the actress’s social media accounts.

“Gina Carano is not currently employed by Lucasfilm and there are no plans for her to be in the future,” a Lucasfilm spokesperson said in a statement. “Nevertheless, her social media posts denigrating people based on their cultural and religious identities are abhorrent and unacceptable.”

Lucasfilm made this announcement after Carano compared the judgement of right-wing ideologies to the treatment of Jewish people during the Holocaust.

“Jews were beaten in the streets, not by Nazi soldiers but by their neighbors…even by children,” Carano wrote Instagram. “Because history is edited, most people today don’t realize that to get to the point where Nazi soldiers could easily round up thousands of Jews, the government first made their own neighbors hate them simply for being Jews. How is that any different from hating someone for their political views.” 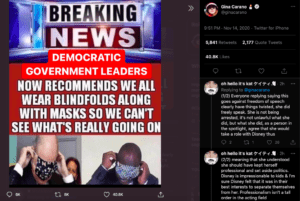 This statement aligns with several of Carano’s previous statements. She has discussed her belief that the COVID-19 pandemic is a false narrative. She has also posted false information about the validity of the 2020 presidential election.

Carano has also posted several tweets mocking the usage of gender neutral pronouns. She mocked those who include their pronouns in their bios, including “The Mandalorian” co-star, Pedro Pascal. She has blocked other users who have claimed her posts as offensive. Following several of these incidents, #FireGinaCarano began trending on twitter. Several users tagged both Lucasfilm and Disney’s Twitter accounts in a number of these posts.

Lucasfilm is setting a precedent with this move. By firing Gina Carano, they show workers in the film industry that nobody is so important that their hurtful comments will go ignored.