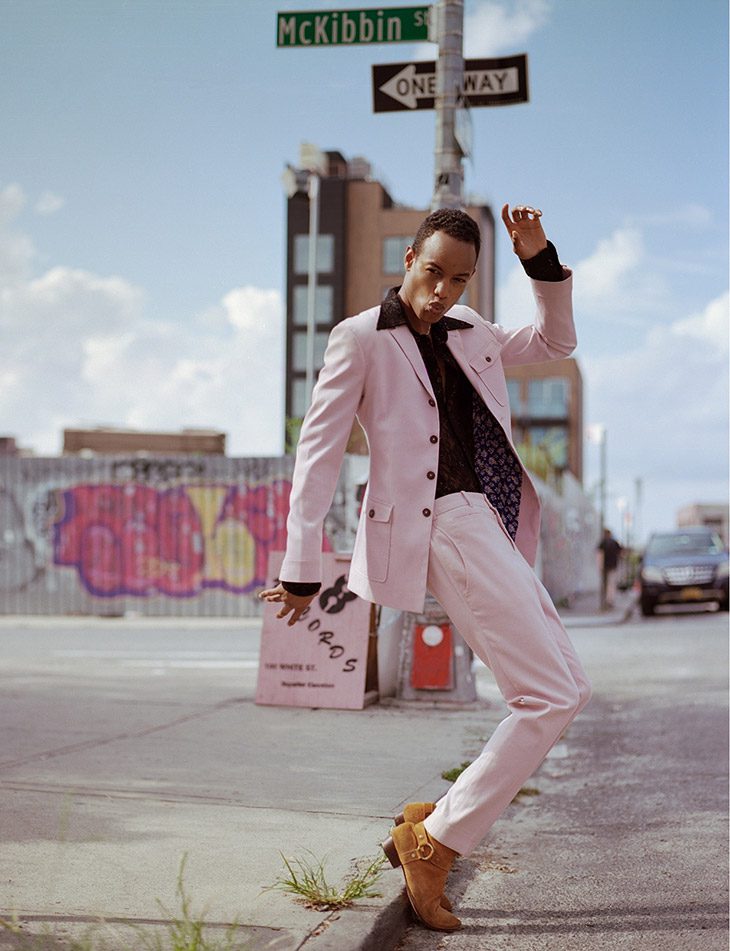 Who is Conrad Bromfield?

For this spotlight, we will be highlighting Conrad Bromfield. Our spotlight pieces are meant to shine a light on up and coming figures in their field. Conrad Bromfield is a Jamaican model who is from Brooklyn, New York where he actually owns a mechanic shop. He is currently residing in NYC, but is constantly traveling for his modeling career. His modeling career jumpstarted following a starring job in the 2013 Tom Ford campaign. In addition, he also starred in the 2014 Tom Ford campaign which opened the door for many other modeling opportunities. Bromfield is known in the modeling field to have a ridiculous amount of energy that aids with his face and posing while modeling. He brings exuberance and vibrance to every modeling job and captivates his audience with his eyes, face, and movements.

Not only is Bromfield an incredible model, but he has opened doors for aspiring black models with his success. Believe it or not, Bromfield was the first black model to walk for Gucci. Bromfield has proven with his work that black models can attain the same level of success as another model. His success has inspired many other black models to dive into in the modeling industry with confidence.

Currently, Bromfield has contracts with Premier Model Management London, Why Not Model Management Milan, Boom Models Agency Milan, Elite Paris and Ford Models New York. Following his start in modeling in 2014, Bromfield earned a nomination for the Male Breakout Star at the Model of the Year Awards. Bromfield has participated in advertisements for brands such as Gap, H&M, Michael Kors, Tommy Hillfiger, and Armani Exchange. In addition, Bromfield walked the runway for Emporio Armani, Gucci, and Moncler. Furthermore, Bromfield made appearances in magazines such as GQ, L’Officiel Hommes Germany, VMAN, and more. Bromfield is on the path to becoming one of the top models in his field.