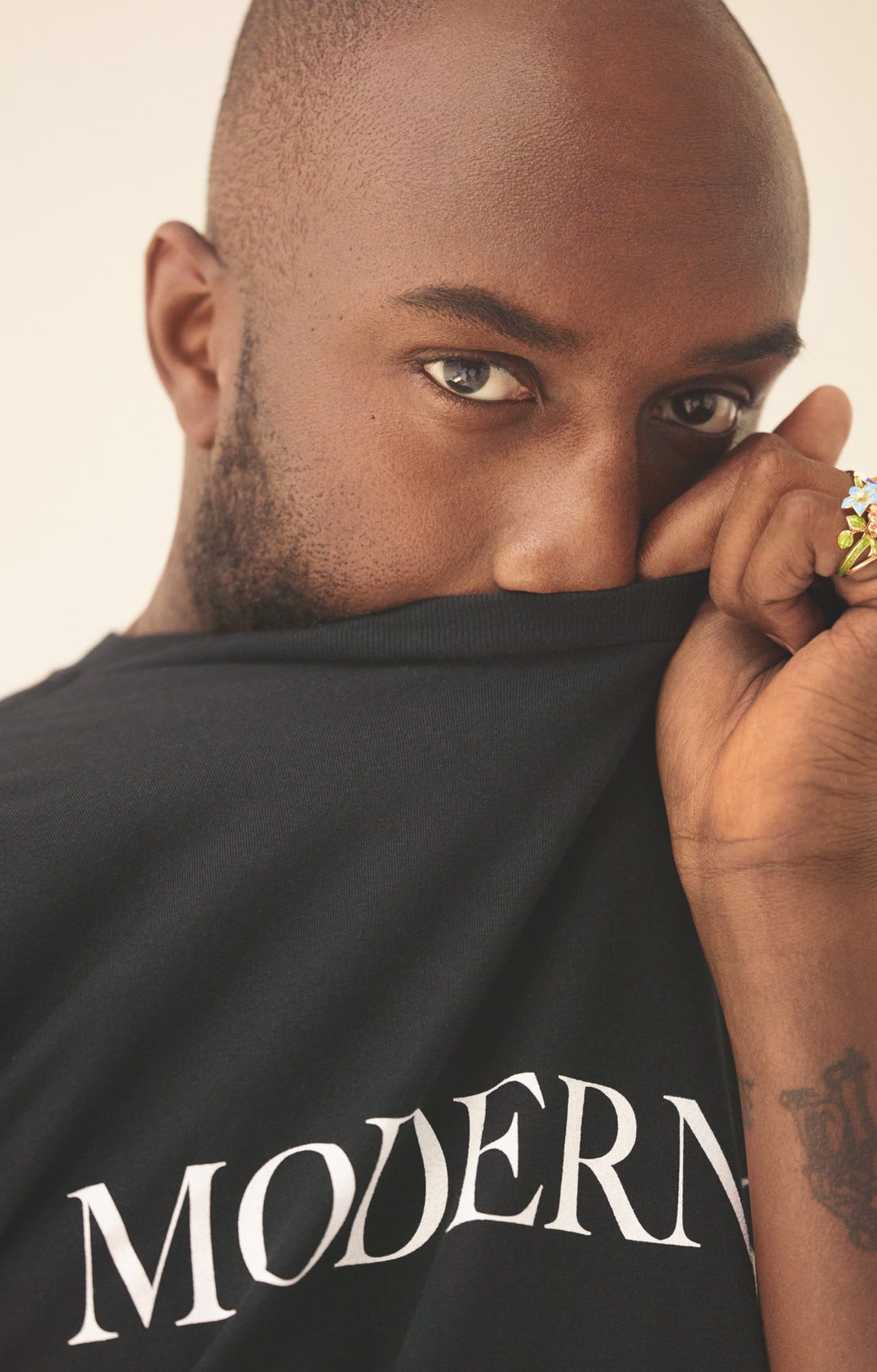 On view now through September 26, the exhibit displays a massive collection of Abloh’s works across graphic design, fashion, music, and architecture. Further situating his genre-defying career in an immersive space designed by Rem Koolhaas’s firm, OMA*AMO. 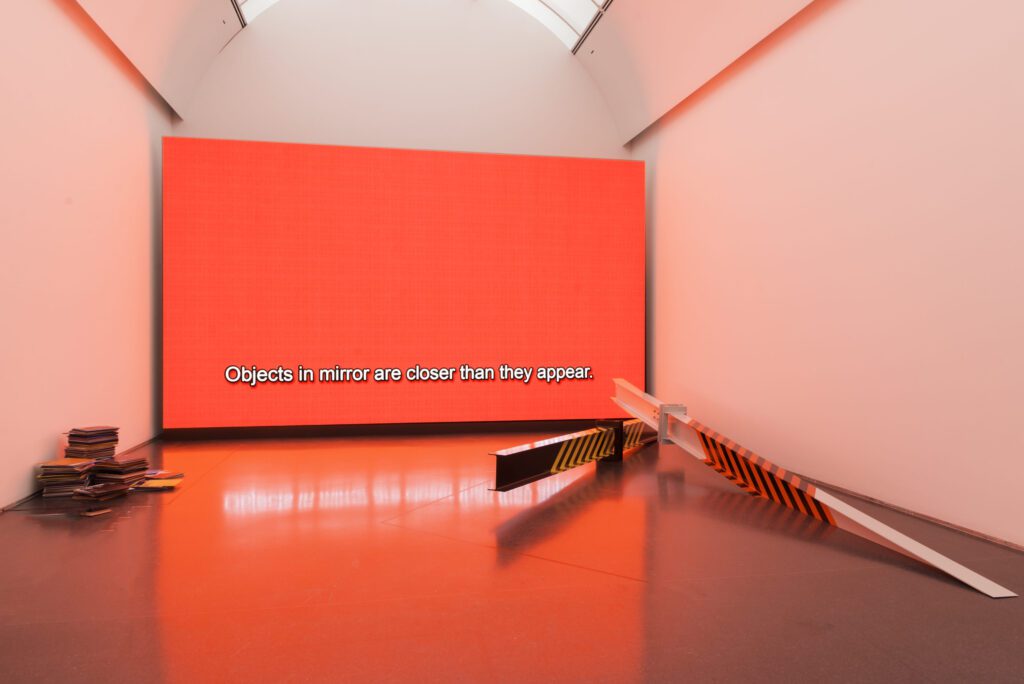 Organized by the Museum of Contemporary Art Chicago, “Figures of Speech” details Abloh’s designer timeline. Highlighting his beginning as an architect, his breakthrough with Off-White™, and his presence as Louis Vuitton’s artistic director for menswear.

The exhibit features a series of Abloh’s collections and collaborations. From a covet-worthy display of his Nike takeover to his 2019 Ikea collaboration to his album designs for rapper Kanye West. Abloh’s works culminate in a display of his signature Louis Vuitton pieces, boldly testifying his role as a Black man in a predominantly White fashion scene.

On that note, “Figures of Speech” doesn’t shy away from tackling the industry’s racism. And features several artistic pieces that confront fashion’s tendency to sideline Black models and designers. A particular installation by Abloh displays sculptures of Black models situated underneath a neon sign that reads “You’re obviously in the wrong place.” Making a direct point against the presumed juxtaposition of Black individuals in high-end areas. 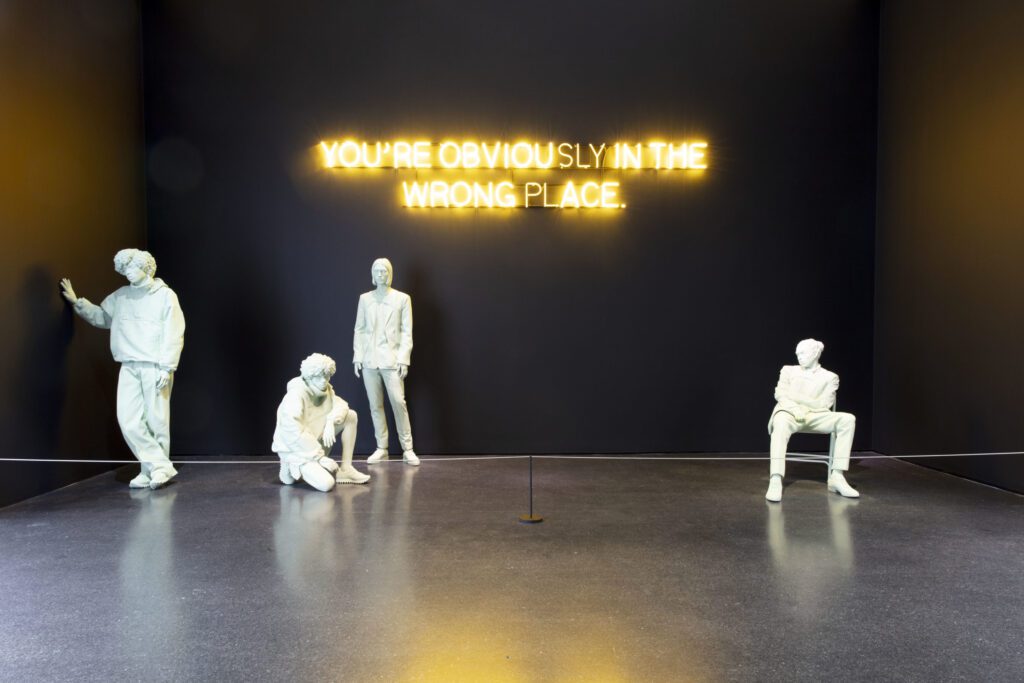 Another imperative aspect of the exhibit is the audience itself. Showing up in their street-style best and transcending the space into a hype beast amusement park that celebrates Abloh’s influence on modern fashion. Cementing the overall experience is a must-see for all streetwear aficionados.

It goes without saying that Virgil Abloh is an icon for contemporary art, fashion, and more equal industry. “Figures of Speech” ultimately serves as a reminder of his trajectory so far, and leaves you with a note that there’s more to come.

For further information on the exhibition and tickets, visit ICA Boston.