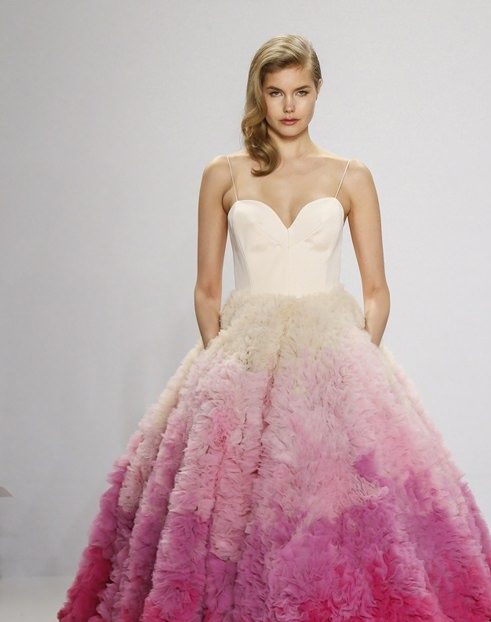 Most people are already familiar with Christian Siriano. At least those in the fashion industry are. However, if you aren’t familiar by now it definitely won’t be too long before you are. To refresh everyone’s memory, Christian was the Season 4 Winner of Project Runway. He was without a doubt a shining star with a bubbly yet “FIERCE” personality. Christian is the only one who has skyrocketed to fame and success since the conclusion to his season on the show. One of his best achievements thus far was having First Lady Michelle Obama rock one of his dresses at the opening of the Democratic National Convention this past July. Christian has also taken an interest in bridal design. Which is actually not new for him, as he used to be a freelance bridal designer in his earlier years. One of his best pieces to date is his pink umbre ball gown from his Spring/Summer 2017 collection. This dress is exclusively sold at Kleinfeld for about $17,000. His bridal collection is special because for most of his pieces, he allows brides to feel like they’re wearing haute-couture without paying haute-couture money. This dress has become very popular and we should all expect to see it pretty regularly by next year’s wedding season.