How Paul George Has Silenced Many Doubters 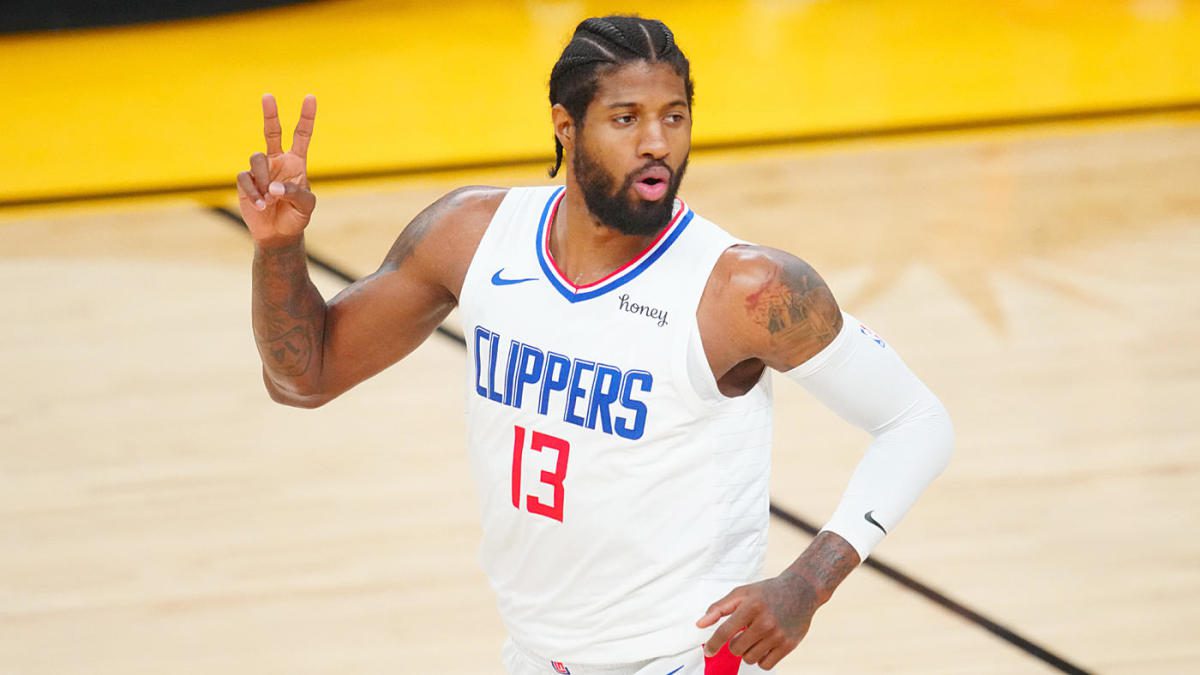 How Paul George Has Silenced Many Doubters

Going into the 2020 NBA Playoffs, the Los Angeles Clippers and their fanbase were expecting a deep playoff run.  With a loaded roster that included All-NBA Forward Kawhi Leonard, star defender Patrick Beverley, and excellent role players like Marcus Morris, Reggie Jackson, and Montrezl Harrell, there was reason to believe this team could bring the Larry O’Brien trophy back to Los Angeles.  Following a Western Conference Semifinals loss to the Denver Nuggets in seven games, the Clippers could not accomplish the goal they sought after.  Instead, the cross-town rival Los Angeles Lakers were crowned the 2020 NBA champions.  This left Clippers fans and NBA enthusiasts wondering where the team had went wrong.  That scapegoat: Paul George.

George had been heavily criticized for his performance throughout the playoffs.  These criticisms came with new nicknames, including “Pandemic P” and “Playoff P”, both indirectly mocking the performance of George as the Clippers fell short of their title hopes.  In the 2020 Bubble, George had averaged just above 20 points per game, while collecting 6 rebounds, and dishing out 3 assists per game.  George’s plus/minus for the 2020 playoffs was 29.

Although these numbers seem extremely efficient, they did not live up to the high expectations that the Clippers franchise has set upon George.  However, the 2021 playoffs thus far have proven that the expectations for Paul George are realistic.  Throughout the ongoing playoffs, Paul George has averaged over 27 points per game, nearly 10 rebounds per game, and over 5 assists per game.  Each statistical category for George has seen a significant increase, and it has directly resulted in a Western Conference Finals appearance for the Los Angeles Clippers.

Following the absence of Kawhi Leonard in crucial games, George has reemerged into the star that many doubted he could ever be again.  Following a playoff career-high 41 point performance, George has kept the Clippers’ title hopes alive without his superstar teammate.  He also joined elite company as he has scored 20 points for the first 18 games of the playoffs, something only Michael Jordan, Kobe Bryant, and Kevin Durant have done in NBA history, according to ESPN.  This performance has George with a 98 plus/minus throughout the playoffs.  Down 3-2 in the series against the Phoenix Suns, George looks to continue his run and keep the Clippers hopes alive Wednesday night in Los Angeles.