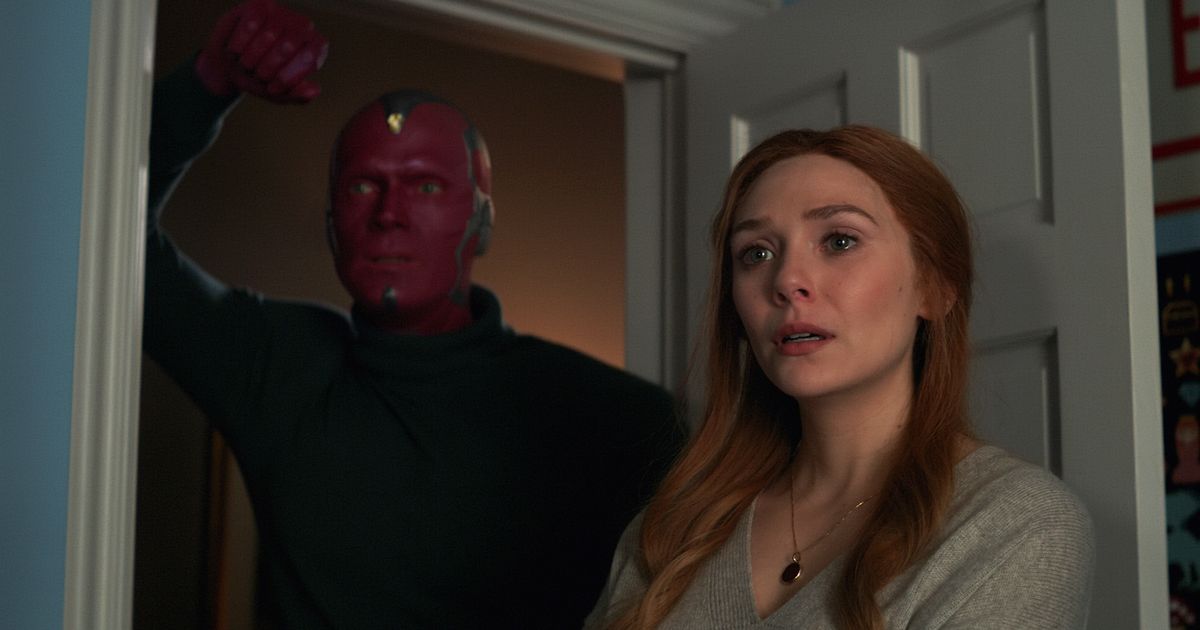 The last episode of Marvel’s “WandaVision” premiered on Mar. 5. It is the first of several Disney+ shows based on Marvel superheroes.

“WandaVision” follows Wanda Maximoff, played by Elisabeth Olsen, as she creates a new life for herself through television episodes. Her and Vision, played by Paul Bettany, live a happy life together in the town of Westview, New Jersey. The show also features appearances of other characters in the Marvel Cinematic Universe, including Darcy Lewis and James “Jimmy” Woo.

Many of these episodes mimic classic sitcoms such as “I Love Lucy” and “Malcolm in the Middle”. However, something much sinister is at play.

The show left threads open for several new story lines, particularly for Maximoff’s future appearance in “Doctor Strange in the Multiverse of Madness”.

Disney+ released new episodes of “WandaVision” every Friday for nine weeks. Several fans stayed up till the episodes went live to get ahead of spoilers on social media. One fan on Twitter likened the experience to a midnight premiere at a movie theater.

“Staying up till 3am EST to watch the #WandaVision finale made me feel like I was standing in line for a midnight movie premiere again. It was exciting. That feeling to get to see the thing first and so late. It’s a weird nerd high,” said user @JediManda.

The streaming service has used this same release schedule with “High School Musical the Musical: the Series” and “The Mandalorian”. Now that it is clear that this method is successful at keeping users on the platform, it is likely that future shows  on Disney+ will also be released like that.

The next Marvel show Disney+ will release will be “Falcon and the Winter Soldier”. It will follow Sam Wilson and Bucky Barnes as they handle the loss of Steve Rogers in “Avengers: Endgame”. The show will begin streaming on Mar. 19.