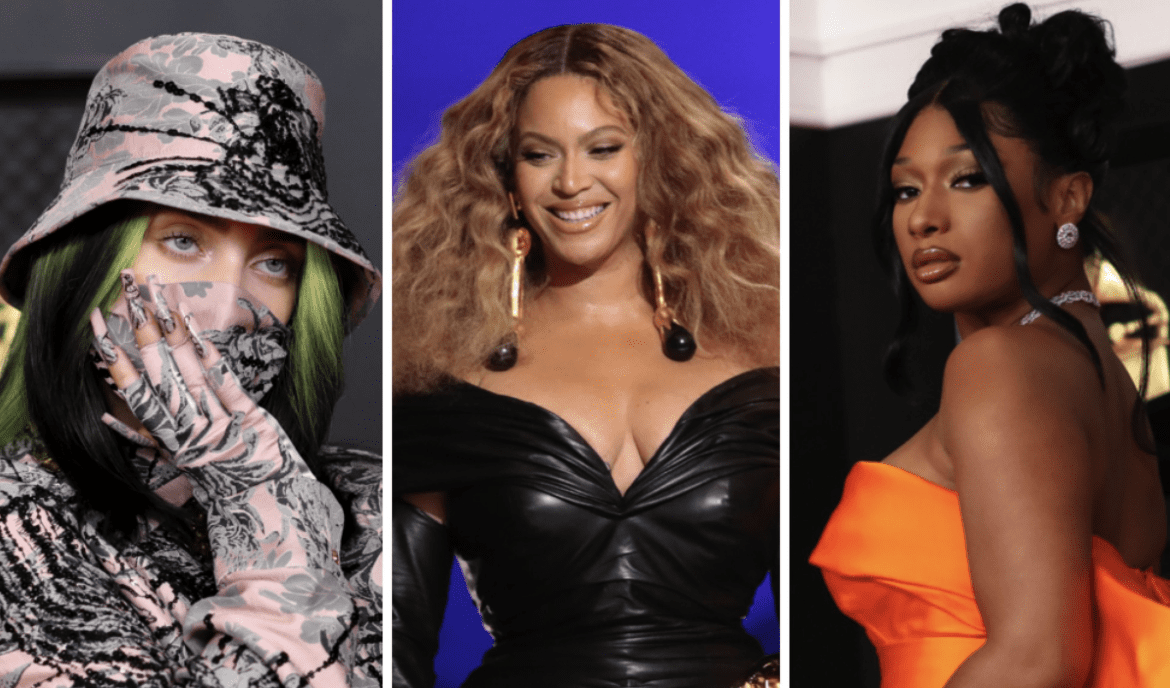 Amid the one-year anniversary of the start of the pandemic in the United States, celebrities still attended a very limited 63rd Grammys award show. This year the guest list was quite limited, as some virtually attended this year. Not only does the Grammys showcase the talent of many wonderful artists, but they also are a display of some unique and fun fashion.

It is no surprise that those who attended the in-person event, in an open-air tent outside Staples Center in Los Angeles, were required to wear masks. Celebrities took it upon themselves to make mask-wearing high-fashion and suit their Grammys outfit. Most notable was Taylor Swift, sporting a floral mask to match her mini gown from Oscar de la Renta. 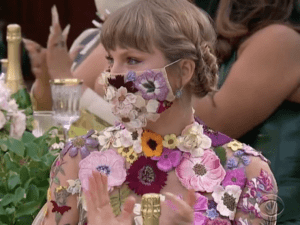 Swift was not alone in matching her masks, actually, almost every celebrity did. From Bad Bunny, Beyonce to Dua Lipa, each celebrity took inspiration from their high-end gowns or tuxes to incorporate that style into their mask. 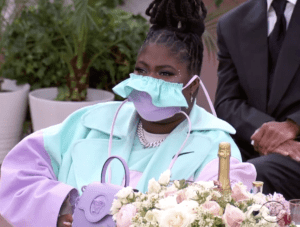 While some celebrities did sport some unique pieces, most opted for a more neutral and sleek look. Beyonce came to the Grammys in a Schiaparelli Haute Couture black off-the-shoulder mini dress. It was a record-setting night for Beyonce, becoming the female artists with the most amount of Grammy wins (28). 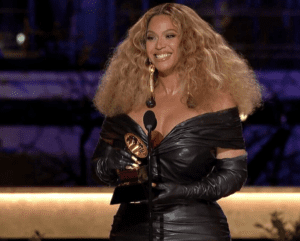 Noah Cyrus, Bad Bunny, Trevor Noah, Megan Thee Stallion and more celebrities showcased more sleek and “traditional” pieces for the 63rd Grammys red carpet. Cyrus wore a white Schiaparelli Couture gown which in design was anything but simple yet the monochromatic look coincided with many monotone outfits throughout the night. 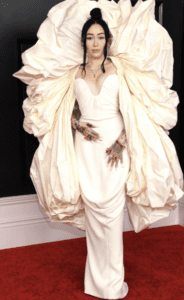 As the weather warms up, America will soon head into spring. To honor that, many celebrities were seen wearing purple or accents of purple in their outfits. Harry Styles was very 80s on the red carpet but got in a pop of color from a purple boa draped around his neck. 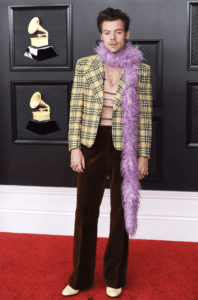 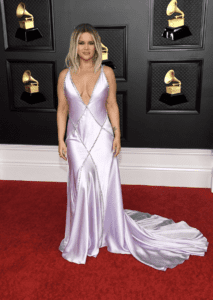 Dua Lipa, while more on the pink side, also got her bling on during the Grammys. Along with her dazzling red carpet look, Lipa performed in a spectacular pink, purple Versace outfit. 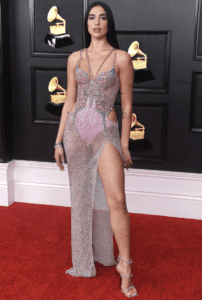 The COVID-19 safe event allowed stylists to get creative with how they were going to style the celebrities from the toe to the mask. While the guest list was limited, the talent was not. With performances from Dua Lipa, Megan Thee Stallion and Cardi B, Taylor Swift, BTS, Lil Baby, and more, the 63rd Grammys was absent of some but still showcased the best of the best in music.