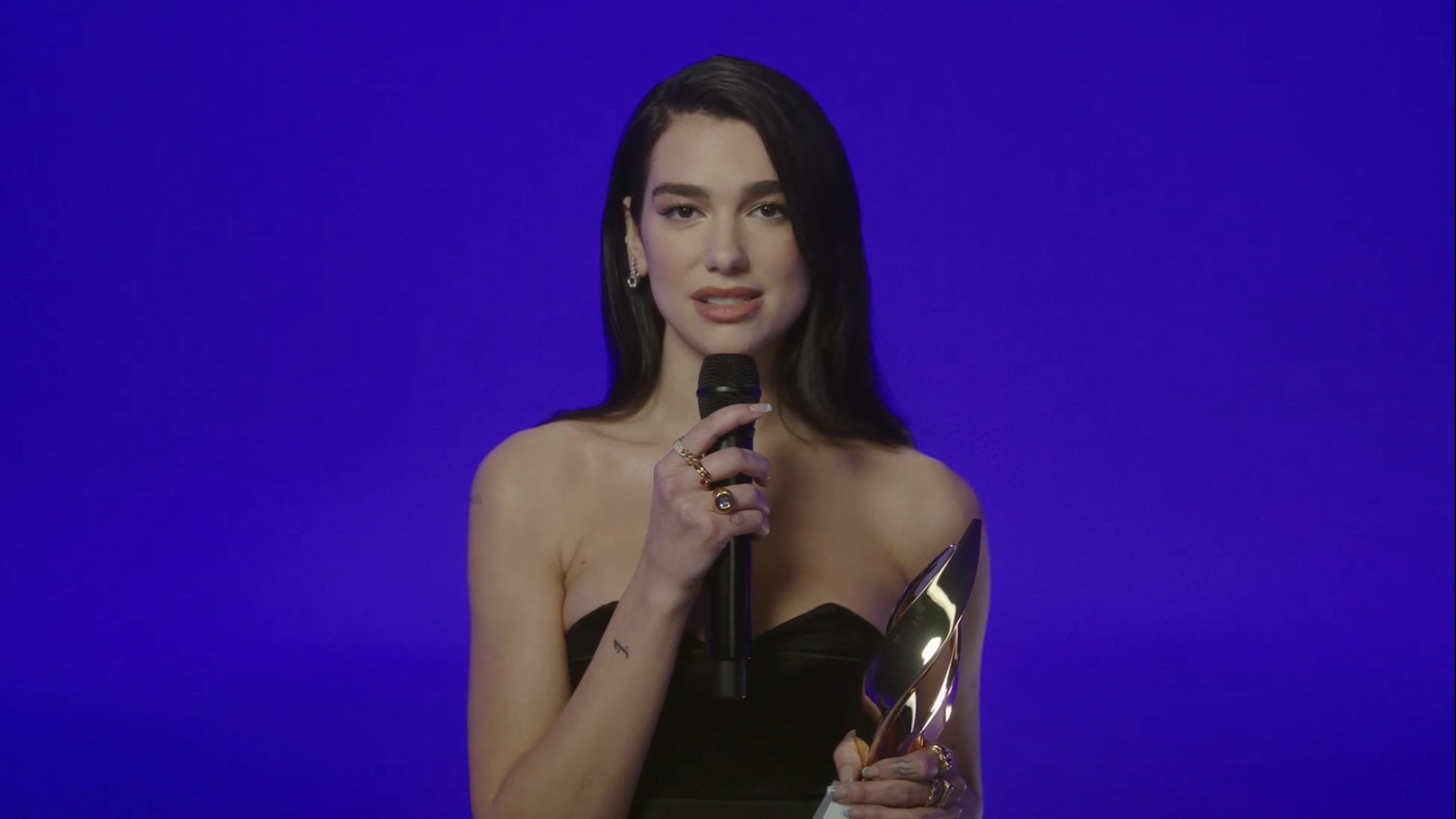 Singer Dua Lipa graced the stage at the 2020 Billboard Women in Music Award show where she opened the livestream with a captivating performance of her song “Boys Will Be Boys.” The singer looked like a work of art as she belted notes in an extensive dramatic black gown exaggerated with ruffles at the waistline that cascaded all the way to the bottom. 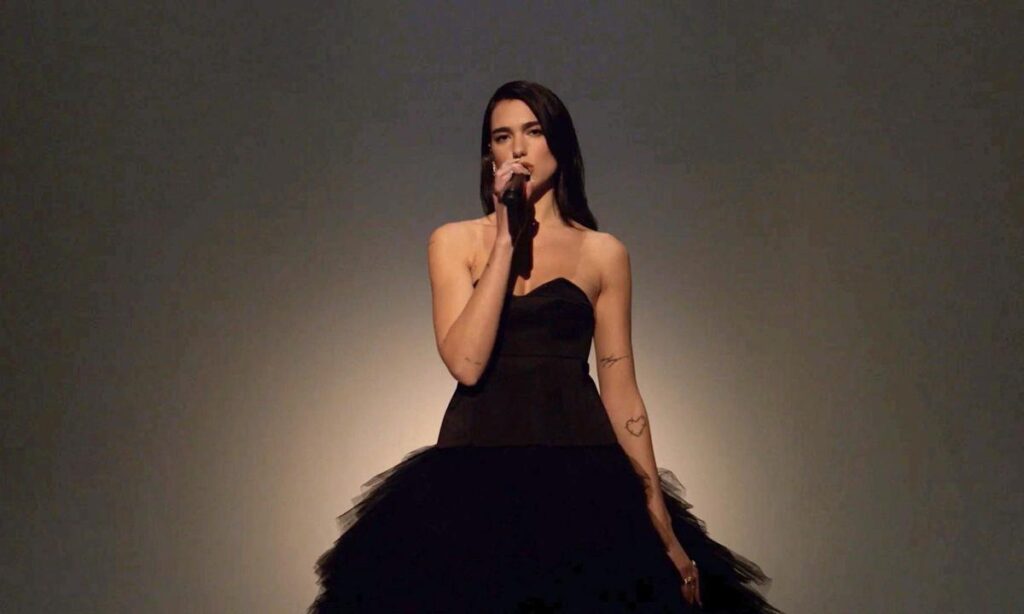 Dua Lipa won the first award of the night. The Powerhouse Award was presented to her by Sen. Bernie Sanders where he raised awareness about the current pandemic and global climate change in his speech. He congratulated Dua Lipa on her awareness and rally for change. “She’s raising her voice to demand real change,” said Sanders. “I spoke with Dua over Zoom a few weeks ago, and it is clear to me that she knows the rules have to change, that it is time for new rules to create a world that works for all of us and not just the very wealthy.” 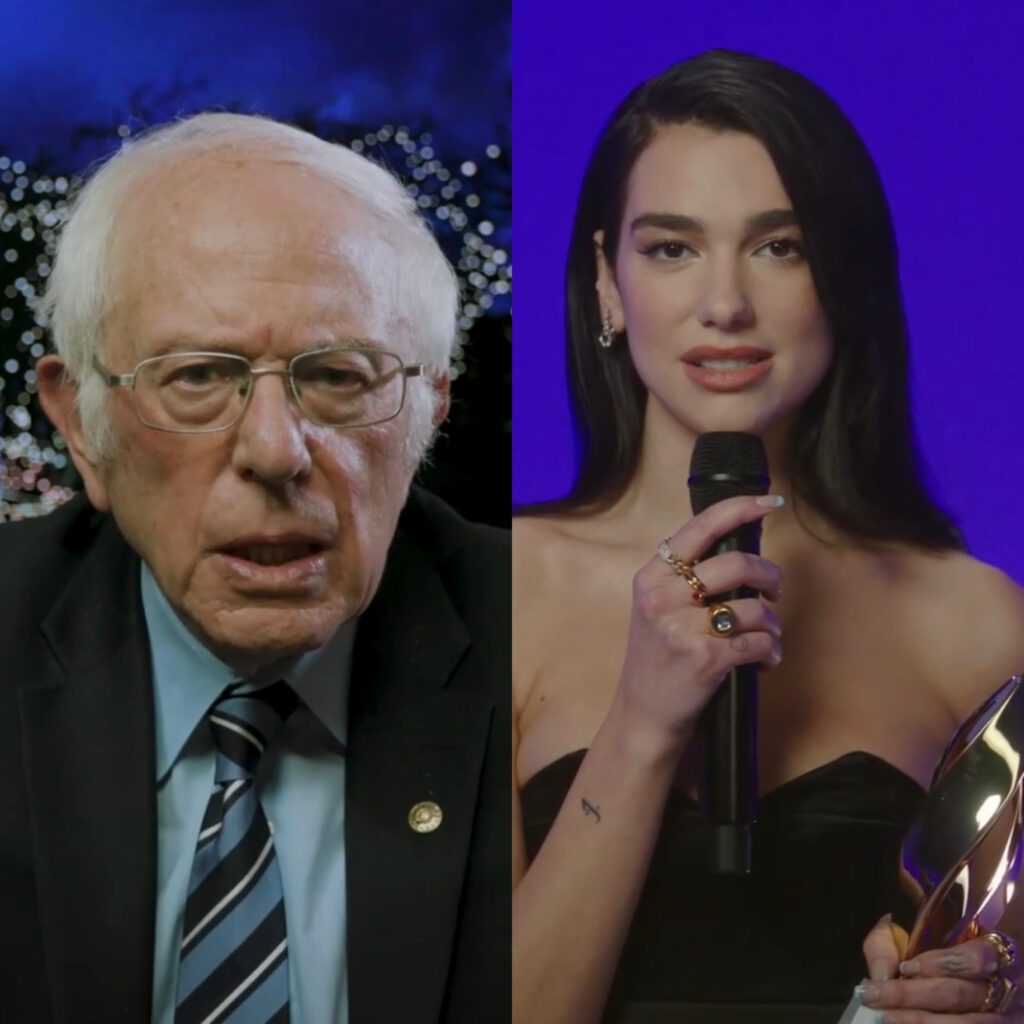 During her acceptance speech, the singer unveiled a plethora of surprising statistics about the lack of women in the music industry. “The charts are full of female artists, but look behind the scenes, at just 2.6% of producers of Billboard Hot 100 Songs are women, and less than 1% are women of color.” she said. “Just a sixth of credited songwriters are women. In 2013, 8% of Grammy nominees were women. In 2019, women made up 20%, that’s considered a breakthrough, but we still got so far to go for real equality.”

The statistics are reflected in the University of Southern California’s annual study “Inclusion in the Recording Studio?” where they look into the Hot 100 Year End Billboard Charts and Grammy nominations and research the gender gap between men and women. The study communicates the message that the music industry is still a male dominated industry that is in need of a change. While speaking with Billboard, Dr. Stacey L Smith, the Initiative’s founder and director explained how those changes can take place.

“While these shifts are small, collective action takes place when multiple companies, in multiple positions of gatekeeping, take action,” she said. “We’re starting to see change.”