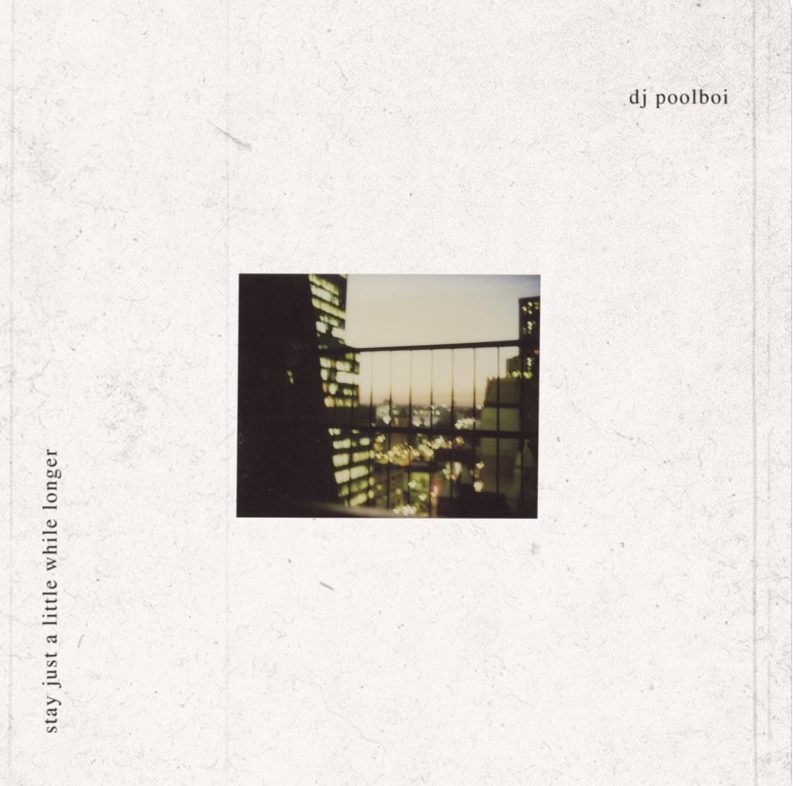 On April 22, DJ Poolboi aka Adam Ansley released his new album “stay just a little while longer”. Summer nights will feel more euphoric and relaxing with this project blasting through your headphones or speakers.

The album has been in the works for two years. Ansley’s tour in 2020 was cut short due to the global pandemic and he made use of his time in lockdown by creating music. He also reached out to collaborate with various artists through the internet.

“I started focusing on writing and reaching out to artists just through email, through the internet and saying like hey I got this beat do you want to sing on it?”

“stay just a little while longer” is a majestic joyride that will instantly create a calming setting as soon as you press play on the project. Though the album’s aura stays consistent throughout, Ansley displays his versatility as a producer. There are songs with colorful synths like “I don’t really mind’’ and instrumentals with no production at all such as, “stay just a little while longer” which is a piano performance with no vocals.

One of the most noticeable elements of the project is the multiple songs in different languages. There is a song in French and a song that is mostly sung in Nyanja. The French song “la nuit n’en finit plus” is a cover of a song Ansley heard in a French movie. He attributes the creation of these songs to him being influenced by international culture.

Ansley currently resides and grew up in Austin, Texas. Music has always been around Ansley from a young age from his Father being an advanced piano player.

He joined his middle school band and was placed in percussion which is where he fell in love with playing the drums. In high school, he was a part of numerous bands and was consistently writing music. He began producing in college when his friend let him use his beat-making software and he has not looked back ever since.

Ansley just finished his European tour in April. Most artists take a break after the release of an album, but Ansley is already working on his next project. Even after a release, he struggles to stay inactive.

“ I’m always playing piano, I’m always writing stuff if I’m not then I feel stagnant and I get depressed. I just always have to keep creating.”

This year, he plans on releasing a remix album for “stay just a little while longer” and an EP. With more music on the way from Ansley, his only direction is forward.